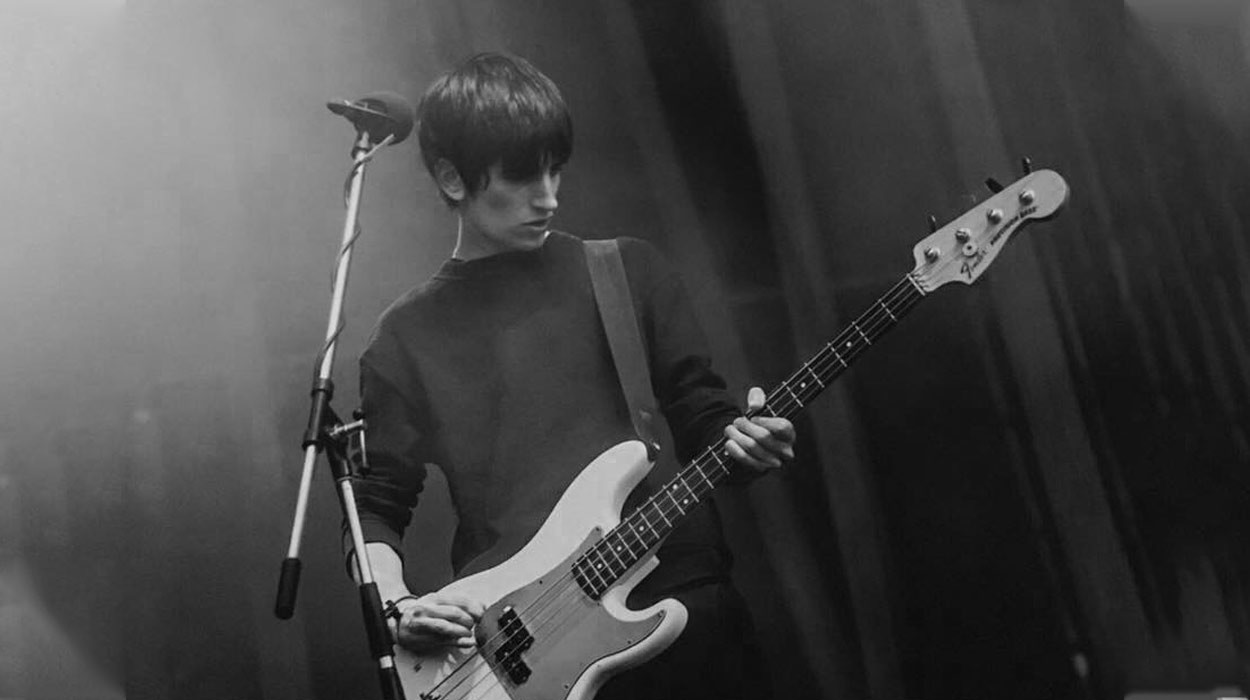 The rise of Italian trio Husky Loops is showing no signs of slowing. Just a few days before the release of their first record, we caught up with the band's bassist and ICMP Music Business alumnus Tommaso to find out more.

From touring with The Kills to playing the iconic KEXP radio sessions in Seattle, the last couple of years have been incredibly thrilling for Tommaso Medica and his band mates (and long-time friends) Husky Loops.

Tommaso was a great student to work with - a practicing musician bringing his real lived experiences into the room. Everyone benefited from his passion and enthusiasm. He had excellent music taste too."

Husky Loops' debut album 'I Can't Even Speak English' is due September 6th. Find out more about it in our interview...

What made you realise you wanted to make music in your life?
I think I realised it when I was very young, I didn’t know whether it was doable but I knew I wanted it so bad. Probably it became clearer when I played the first shows in a band aged 10/11, being with 3 mates and generating a sound that made some people happy, I felt something very new to me, something switched and I become someone else, or simply It was a different side of my character that I didn’t know and that I’ve always wanted to preserve ever since, I don’t think I’d be able to live without it.

How did Husky Loops form?
We knew each other since our teenage years in Bologna, Italy but after a few years in London we gathered and decided to start a new project, ideally to make the music we would have loved to listen to and no one made.

How important is it for your career to be London-based?
Until now it’s been very important, it’s a city that has a huge influence on us as we get in touch with inspiring people on a daily basis and we discover so much cool music. I think it’s one of the reasons why we change so often, one day we discover grime and its culture,  the next day afro beat and Gqom and so on. All thanks to the atmosphere you breathe in a city like this. 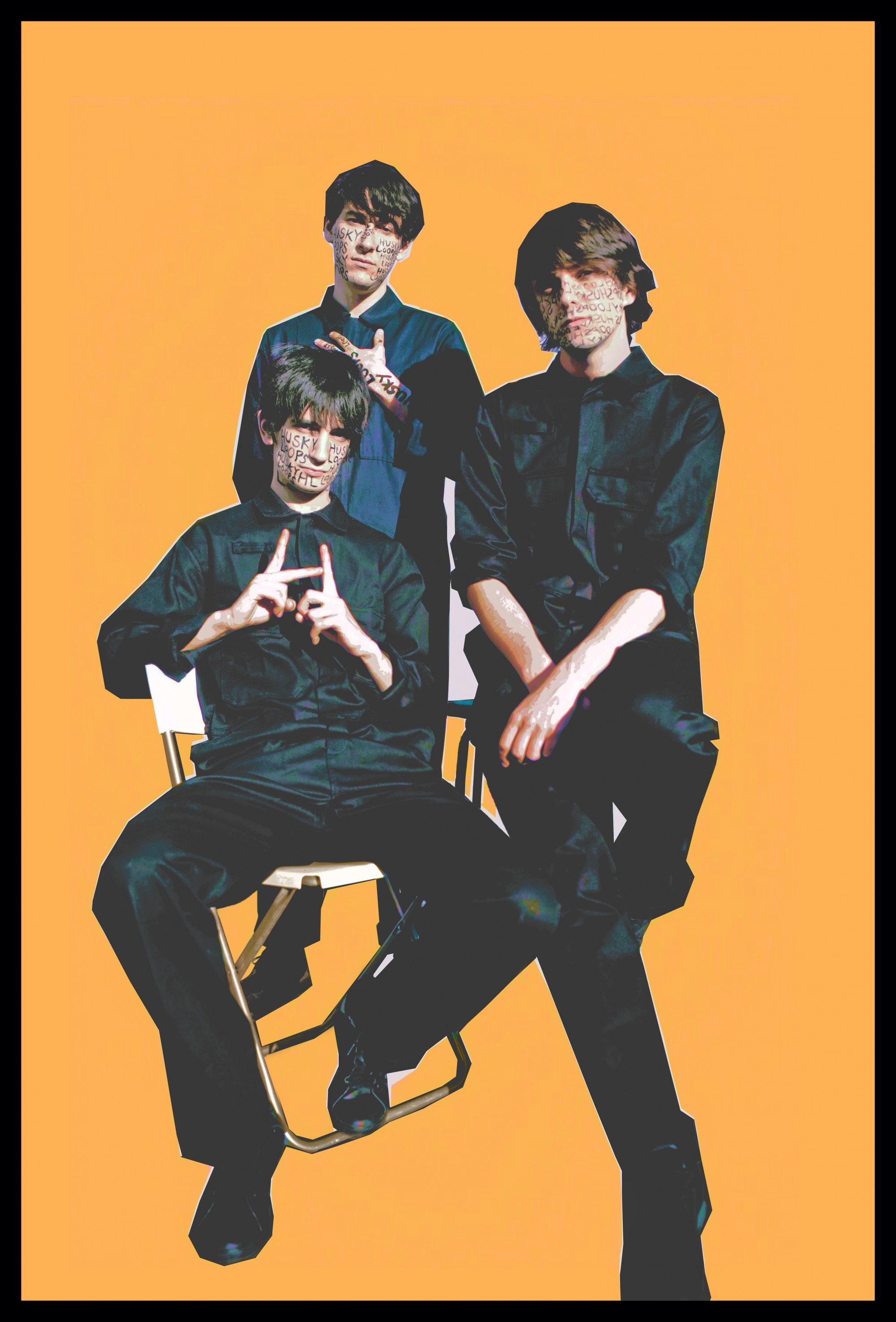 Husky Loops’ new record, ‘I Can’t Even Speak English’ will be released very soon. What’s the story behind the title?
The title comes from our singer and producer Danio, it’s an ironic take on the fact we are foreigners in a country with a certain political climate, but also is a way of gathering people and making them feel at home somehow.

The record comes in a unique fully customisable form with a physical or digital pen, allowing fans to create their own bespoke cover. How did this idea come up?
We wanted to create something that allowed our audience to take action and be part of this experience, we didn’t want them to passively accept what they’re given, but to feel pushed to do something. The same concept was applied for the whole campaign, including the music video of our latest single: we went round town with an iPad Pro asking people to draw whatever came to their minds while listening to our song. Both the vinyl and the cd come with a marker or a pencil, and we expect everyone to draw whatever the music inspires them to. Can’t wait to see the results!

What do you have planned for the next few months?
After the album is out we are gonna be on the road for the whole of October in UK and Europe, in the meantime also working on a grime EP and our next mixtape to be released next year.

The video for 'I Think You're Wonderful' was created by Husky Loops' fans and friends who were asked to listen to the track and draw whatever they felt.

What have been the most pivotal moments in the band’s career to date?
Playing before David Byrne in Prague and then getting to meet him was quite surreal, as well as going to Brian Eno’s Christmas party. Our last London show was also very special, we played the whole debut album and had lots of guests and friends down.

Who is your biggest musical inspiration?
Currently people like Frank Ocean, Kendrick Lamar, Skepta/BBK collective but The Beatles are what really got me into music. For my bass playing in fact Paul McCartney before anyone else, but also Geezer Butler from Black Sabbath and an Italian bassist called Fabio Pignatelli from the group Goblin, who scored some amazing horror soundtrack in the 70s.

What’s the best piece of advice you've received about making a career out of music?
Probably the words of the people in our team who understood us and pushed us to embrace our way of working, the fact that we don’t care about music genres or about any way of categorising us or our music and just worry about doing our thing.

How important is to build a good team (PR, Management, etc) around you as an artist?
It’s very important, but I think sometimes emerging artists get a bit obsessed with finding a manager and being accepted by the industry, where instead what’s really fundamental is that their art is at its full potential, and they’ve done 100% of the job. Having 1 demo and looking to build a team is not ideal. At least I’m talking for my experience, the moment we stopped worrying about finding a manager and focused on getting everything else sorted, we got one. 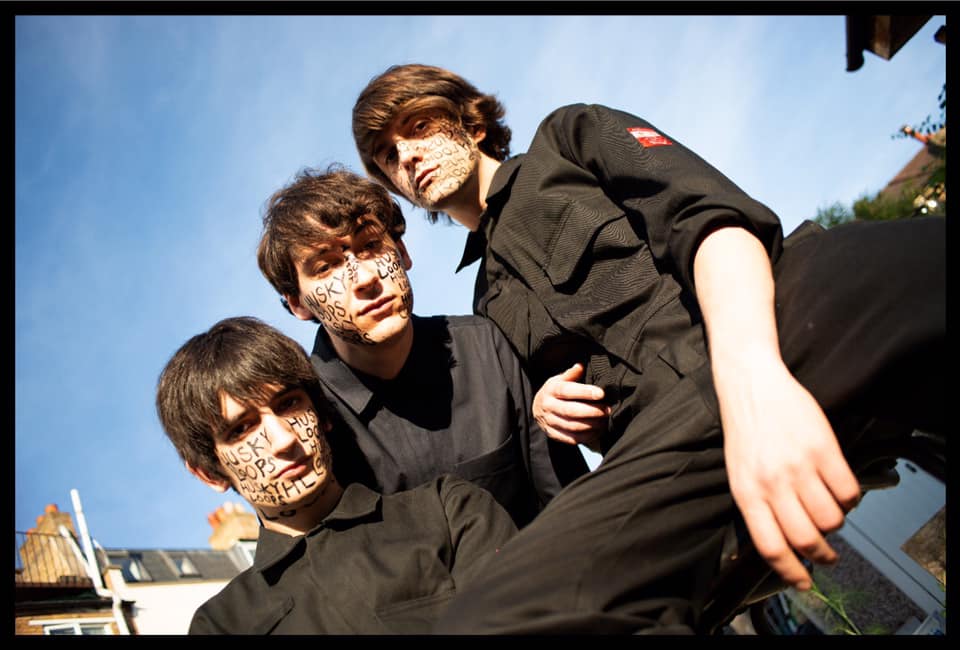 by Lara Magnelli
August 22, 2019
Creators
Back to Blog Home