We catch up with ICMP songwriting students to learn about their new project fusing hip hop beats with classical styles... 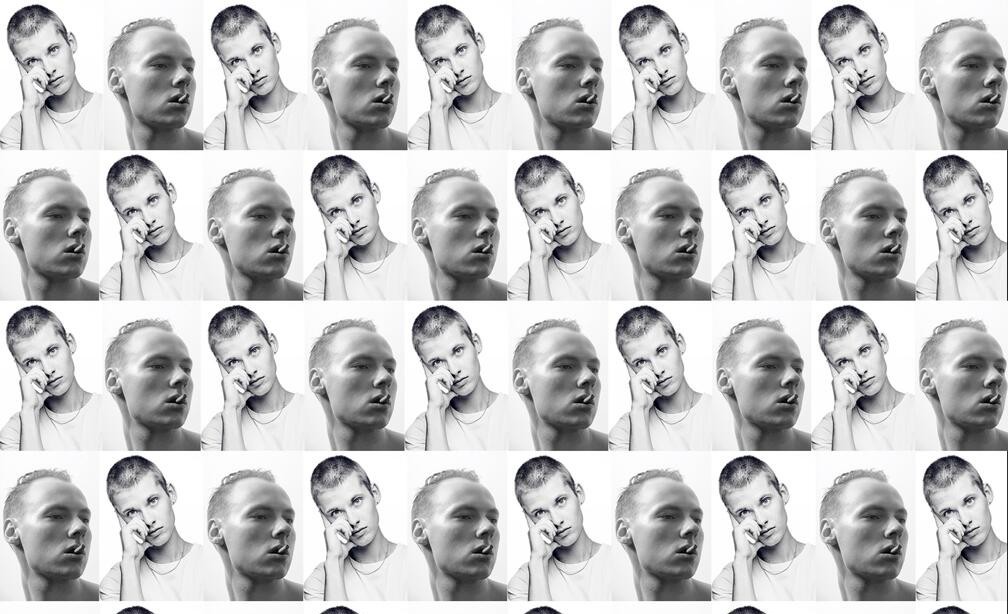 Pop-rap duo Saint Monard may have only been together for a short amount of time but they're already showing some brilliant musical talent.

With their debut single, 'No Rules', inspired by the volatility of the modern world, from climate change to the Black Lives Matter movement, they're making exciting, contemporary sounds for unprecedented times. We caught up with them to find out more...

How did Saint Monard first get together?

Funnily, looking back, Saint Monard is actually a COVID-baby.

We both met on a zoom call during Freshers week. Bernard was about to start his MA course in Songwriting and Maurice his BA in Songwriting. ICMP was hosting a virtual meet ’n’ greet for all the upcoming freshers and everybody was dropping in links to their social media. We actually connected through DM after Bernard had found all the beats Maurice was producing and uploading to Instagram every day.

After texting back and forth we both figured, ‘Why not just book a room, hang, and see what happens?’. So we went in and came out with an entirely produced song. Something just seemed to click and things started to flow. There was no pressure to come up with anything, really, we were mostly just playing each other stuff that we liked or had done ourselves. We ended up in this endless loop of why-don’t-we’s and let’s-do-this’s and suddenly we had a project without even intending to.

What drew you together to start wanting to make music?

In that first initial session, we realised that we were able to both compliment each other through our differences, but also, had a lot of common inspirations that we were mutually excited about. For example, we were both really into acts like One Republic, Drake, Dua Lipa … a lot of the general chart toppers.

In hindsight, this sort of balance was most likely why we enjoyed making music together.

Bernard has studied classical singing at Juilliard in New York, so he will basically turn anything into a cinematic James Bond soundtrack. Maurice, on the other side, is a producer, he raps and brings this sort of edgy and modern influence to the duo."

Even though these might seem like two entirely different worlds, we managed to fuse them, simply by being open minded.

How do you approach the creative process?

There are always multiple ways to skin a cat, right? We don’t think that we will ever find that “one” process that guarantees success 10/10 but that’s most likely why making music is so exciting, right? - each song happens differently.

Sometimes Maurice will come up with a beat first, or sometimes Bernard has a draft/initial idea, then we develop it together. We get into really deep conversations and then again there are times when we just go with the vibe of the day. Bernard is usually very fast at finding catchy melodies, Maurice often times puts all the lyrics into place but the process is always different, really. We both also write a lot on our own, so, this double-sufficiency really helps as well.

Your new release is 'No Rules' - what is the song about?

'No Rules', just as the music video suggests, is all about injustice. Through modern technology, we, as humans, are now able to expose a lot more of the permanent wrongdoing than ever before. We are now able to shed an even brighter light on issues such as BLM, the “me-too” movement, climate change, the LGBTQ+ community and so much more.

All these problems have been affecting people and our planet all along and now, through the internet, we are able share this awareness. Awareness in terms of how this game of life, really, doesn’t seem to have rules.

What gear or equipment is essential to your musical process?

This is probably one of the greatest parts about being a musician in 2021. It has become so easy to create music. A lot of the processes that would usually happen in big recording studios can now be compressed into the size of a backpack. To us, this is a great advantage and also the reason why we’re able to create music so quickly. A MacBook with Logic Pro, an Apollo Twin, a Shure SM7B, headphones and maybe a MIDI-keyboard for seasoning - those are all our essential ingredients.

We have found that every session is a teacher in itself. Every song that we work on gifts us with a different set of epiphanies, which is amazing. However, there is one that will hit us every single time, over and over again.

Our only job as creatives is to show up. The magic will come when we are in a space to receive it. This is why, these days, we focus a lot more on showing up, letting go and letting things flow as opposed to forcing creativity."

Consistency and patience really seem to be the magic components in this equation.

As we both are very ambitious and hard-working, we do happen to have big goals and want to reach them. At this very moment, however, we are focused on taking things step by step and building a solid foundation.

Since the pandemic, everything is on pause which is giving us an amazing advantage of time - the most important resource of all. Besides our upcoming single 'Prince', we have a whole line up of releases for the rest of 2021 which we will use to establish ourselves in the industry and build a team - TEAM MONARD. Saint Monard is all about building a family and a community - this is our primary focus at this point in time.

by ICMP staff writer
April 15, 2021
Creators
Back to Blog Home