Interview with roots rockers The Drop

We quiz our songwriting alumnus Dan Collier on the roots reggae of his band, The Drop... 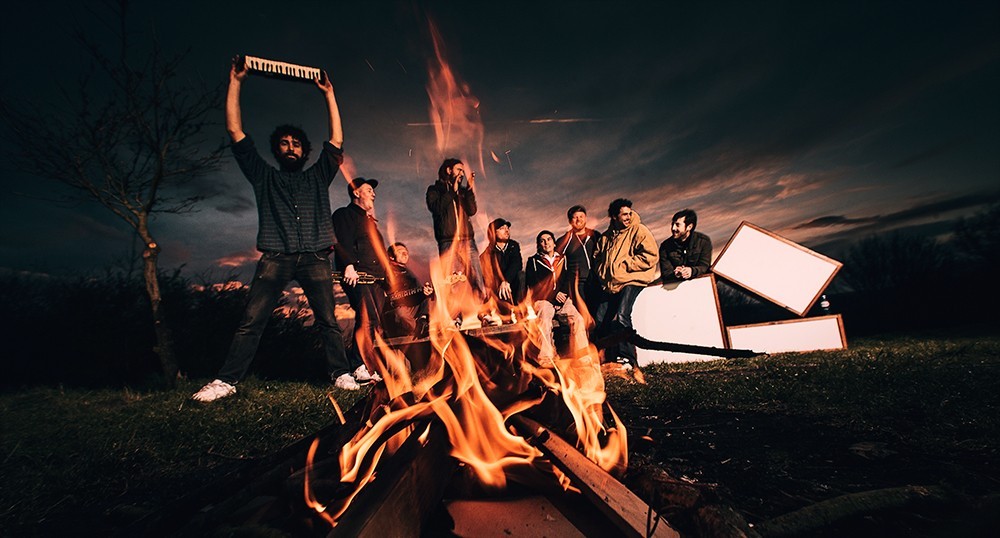 From roots reggae to pop hooks and jazz, The Drop are a powerful musical force to be reckoned with.

Featuring our songwriting alumnus and Hempolics member Dan Collier, the band have been busy crafting their debut album these last 12 months or so. Featuring the music icon that is Lee 'Scratch' Perry and recorded at the legendary KONK Studios, the 'Last Stand'  is a great record, one the band will be taking on tour later this month.

Check out our new interview with Dan on the album and more...

How did you start out in the music industry?

Growing up in Norwich I started playing the keyboards and then singing for an indie band called Lark. Around the same time I started MCing at roots reggae nights run by Rebel Lion Sound System. These two things started me off performing music.

Could you explain a little about the 'Last Stand' album? What's the record all about? How did it come about?

It's our debut so it represents The Drop's creation and development over quite a long time. We put a lot into this and we're really satisfied that it's out. Every song has a different theme but mostly I'd say it's about the wider struggle and holding onto positivity. We saved up gig money to record it at Konk Studio and teamed up with Kartel Music Services to release it.

How was working with Lee Scratch Perry? How did this come about and what did you learn from him?

We didn't actually meet the man himself, we're friends with the guy that's behind Rolling Lion Studio who produced Lee Perry's last two albums. So while he was recording Lee for his own album he offered to get him to record some vocals on one of our songs.

It was really great to hear Lee Perry's take on our tune. He's a notorious character and eccentric so just to have a song go through his unique filter was really interesting creatively."

What's the best piece of advice you've received about your music industry career?

Be patient.. music is your life's work.

What does the future have in store for The Drop?

We've got a few gig's coming up around the UK Oct/Nov to promote the album. We're also planning to make some more music videos over the next few months. Then we'll be recording our second album in the spring.

Visit thedropreggae.com to find out more. Catch them on tour in October...

Watch a behind the scenes video showing The Drop made 'Last Stand'.

by ICMP staff writer
October 8, 2018
Creators
Back to Blog Home