Interview with The Hempolics, 6 Music favourites

Featuring our songwriting alumnus, Dan Collier, The Hempolics have proved to be a 2017 hit. We asked Dan on how the band has broken through… 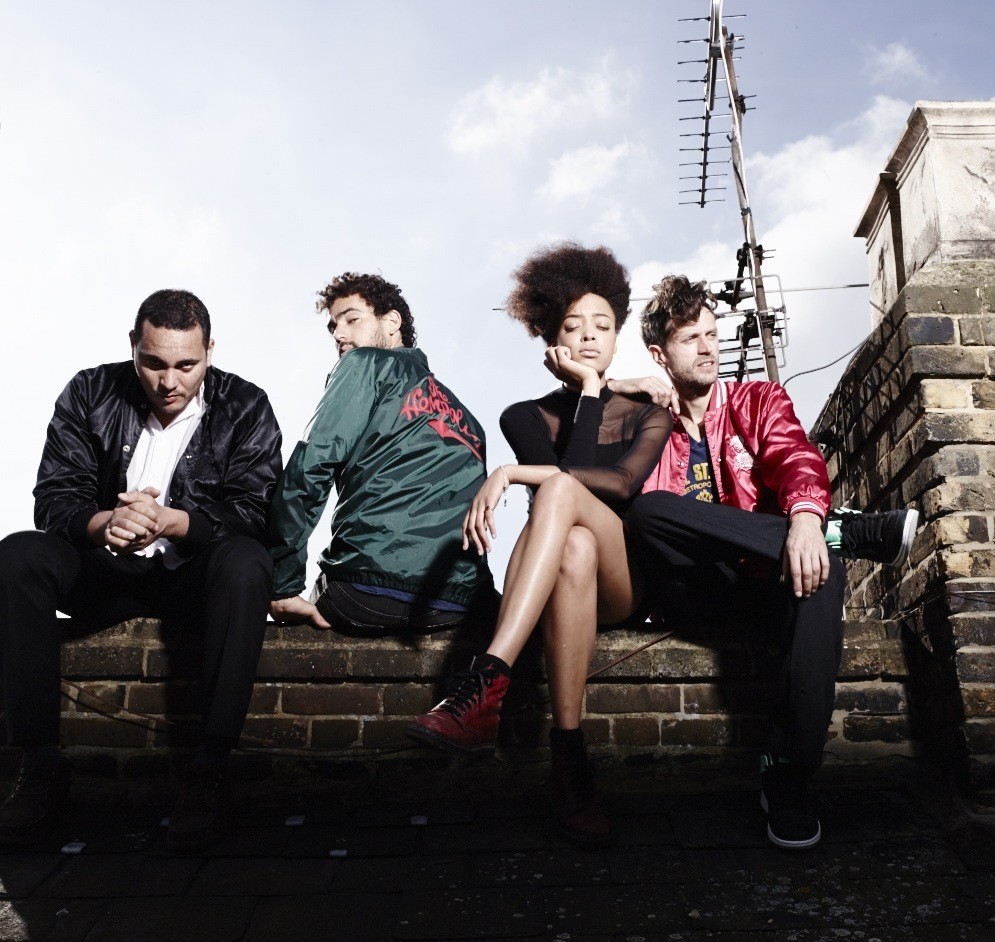 Although the weather outside might well be turning frightful, the rootsy, summary pop of The Hempolics should be enough to bring some much needed sunshine into your life.

The group, led by production genius and sound engineer Grippa and featuring our songwriting alumni Dan Collier, have been one of the UK underground's burgeoning success stories, thanks in some part to their distinctive sound being championed by BBC 6 Music

Mashing up reggae, roots and pop via a passion for soundsystem culture, the outfit have picked up some serious plaudits over the year, proving to be a fixture on the wireless with their album (featuring appearances from Maxi Jazz and Paulo Nutini ), ‘Kiss, Cuddle & Torture Vol. 1’, giving them two thumbs up from critics and fans alike.

How did you begin your musical career?

When I was 17 growing up in Norwich, me and all my friends would go to a monthly roots reggae night hosted by local soundsystem Rebel Lion.

Inspired by all the MCs they would invite from London I began making up my own lyrics and, at one of these nights, built up the courage to ask if I could have a go. They said yes, and it went well as they asked me back to sing at the next event. They asked what my singer name was to put on the flyer so I came up with Dandelion. It’s still my name whenever I sing reggae.

How did the Hempolics get together?

The Hempolics is built around producer Robin (Grippa) Laybourne. He formed the project while studio engineering for Rollo from Faithless.

He was working perfecting other people's music but needed a vent for his own creative energy, so the Hempolics was born. It was initially just a studio project while Grippa was making beats and casually involving musicians and singers that were passing through the Faithless studio. My brother Harry was one of those singers that Rollo spotted. Harry was working in a restaurant where Rollo was having dinner. He was asked to sing 'Happy Birthday' to Rollo's group and the rest is history.

At the time I was already singing reggae in Norwich so my brother introduced me to Grippa and we started making music. Hempolics was already a thing by then so I just joined the ranks of collaborators. A few years later once Grippa had some more time on his hands, he started the band properly from people he knew, some who had already worked with him. A while after he spotted singer Nubiya at Glastonbury who was a mutual friend of mine. She joined and, after a few changes to the band, we now have the current line-up.

You studied at ICMP - how did your experiences shape your music industry career?

I really enjoyed my time at ICMP. I did the songwriting course where I met some amazing people and learned so much. It definitely broadened my creative approach and challenged me in the right way."

I particularly enjoyed learning the basics of music software, then being encouraged to record and program rhythmic backing for all my song ideas. I'm still proud of the songs and demos I made at the time, although they haven't been finished or pushed as yet because my reggae bands (Hempolics and The Drop) have taken priority.

I also felt enlightened by the music business component on the course. It's given me a clarity and confidence that's definitely helped in meetings and general conversations about the future of my projects. I also have to mention the benefit I felt from the music performance classes. They influenced how I perform on stage, helping to move my intention and focus outwards."

You’ve been attracting a lot of music industry attention, particularly from the likes of 6 Music - how important is their support to helping you reach more ears/fans?

Support from BBC 6 Music has been our main break up until now. It has a direct effect on our social media - every time we get playlisted and are on the radio a lot, we get more weekly likes and interaction. It's definitely opened up our audience.

How did BBC 6 Music's Liz Kershaw discover you?

I think our radio plugger has built relationships with a lot of DJs and Liz Kershaw was just one of the many people he pitched us to. But yeah, she's taken a real liking to us. It seems she really gets our music and I don't think she could have bigged us up any better than she has.

How important is it for new artists to have a team built around them?

The main aim of a new artist is to build a team. It's hard at first when it's just you and you're trying to kick start your music project and all you're doing is waiting to hear back from people, asking for favours and trying not to be too pushy. This doesn't actually change much but for me there was a turning point where it felt like enough people were involved, who were also motivated, that things finally had their own momentum."

‘Kiss, Cuddle & Torture Vol. 1’ is the new album - what’s the inspiration behind the record?

As I've said this album is the brainchild of our producer Grippa. I think it's basically his whole life experiences and intense, open energy in album form. Everyone involved in this record has been part of his life in some way. He's not trained in music but he's a master at production and sound so every song has been made using his relationships. The whole album is a genuine expression of his character and these relationships.

Next year Hempolics will be putting out a couple more singles from the album including our track with Paulo Nutini. We'll be picking up the pace with gigs with plans for a tour of Germany in the spring. Also, my other band The Drop will be releasing our debut album. The Drop is also reggae-oriented, but instead of a studio-based gang of singers and musicians like Hempolics, it's more of a straight up band with me fronting. It might get a bit tricky being in two bands but it's been cool up until now, and with enough planning, I'm hoping there'll be no big problems.

If you had one piece of advice for aspiring musicians, what would it be?

Be patient. Don't get ahead of yourself and let your ambitions get the better of you. Success might not be around the next corner so you can't neglect your day to day life and relationships. One of the most important things for musicians I think is the ability to build relationships. If there's impatience and desperation laced in the way you deal with people, it will only work against you.

Visit hempolics.com to find out more. Listen to their track 'Boss Clock Me Style' taken from their album‘Kiss, Cuddle & Torture Vol. 1'.

If, like Dan, you're interested in taking your music industry career to the next level, then please join us here at ICMP. Get in touch with our Admissions Team by calling 020 7328 0222 or emailing enquiries@icmp.ac.uk.

by ICMP staff writer
November 8, 2017
Creators
Back to Blog Home