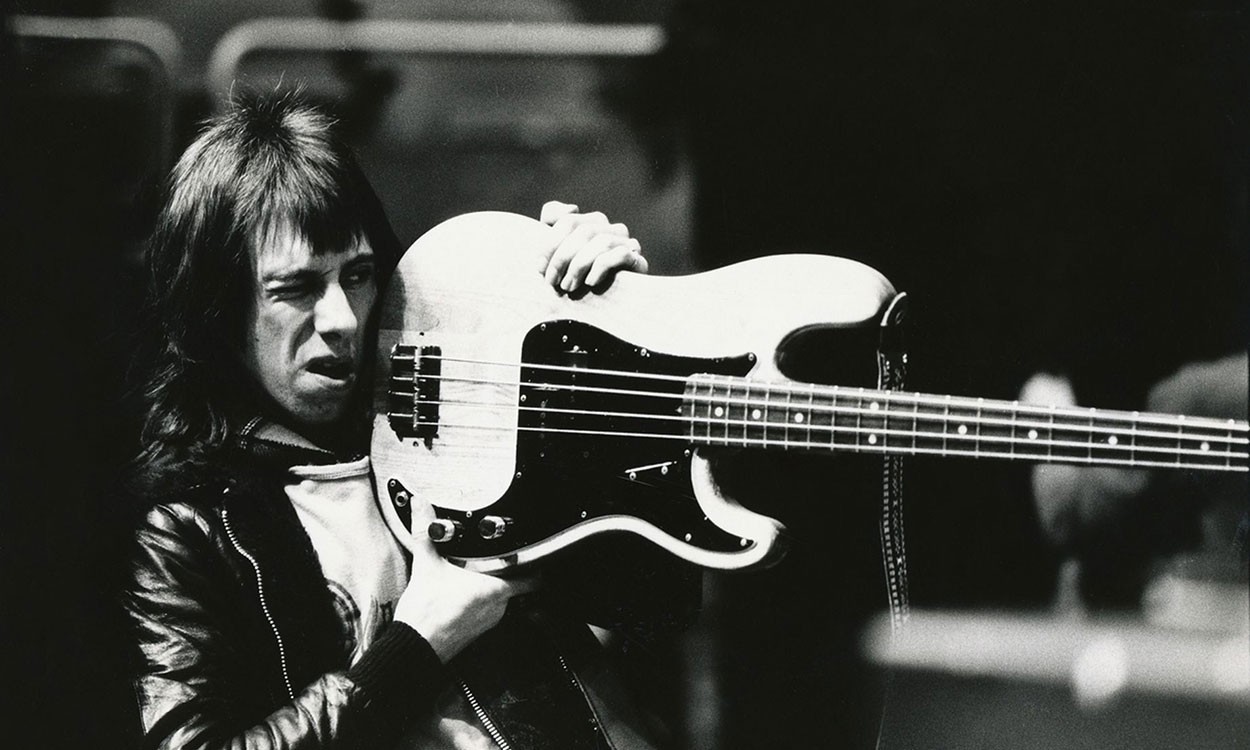 How many stories can a roadie from the 70s possibly tell? From working with David Bowie, to spending 11 years on the road with Queen, Peter Hince has seen it all (and photographed some of it too).

Peter Hince recently joined us for an exclusive behind-the-scene masterclass. The lucky attendees were able to glimpse what it was like to be a roadie for some of the most influential bands of the 70s and probably of all time.

We caught up with Peter for a quick chat before the class to find out more about his fascinating career. 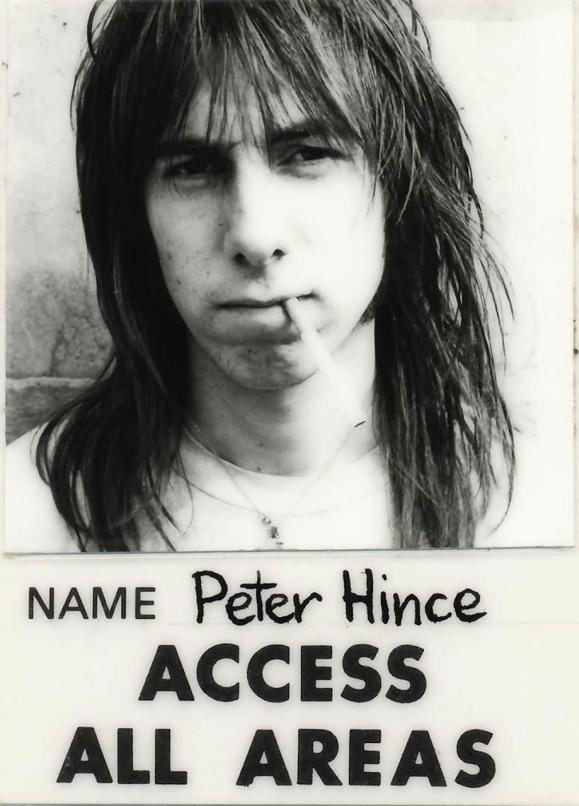 My cousin used to work for bands in London, and his head-roadie was living with him. One day he said to me: “You’re young and fit... do you know anything about guitars? What about Marshall amps? Most of all... can you drive? You could come on the road with us!”. Well, I definitely could drive! As for the rest, I had to bluff a little bit but it worked out and  I managed to get my first job as a roadie for Mick Ronson (David Bowie’s guitarist). It was on the Ziggy Stardust tour! It was fantastic. I was lucky enough to be at the right place at the right time. You didn’t need a CV back then...

You were only 18 years old when you started working. How was the live music scene back then?
I was the 'baby of the crew', with the other guys being 5-6 years older than me. There was a good comradery feeling between people. It was all about being adaptable, working hard and do everything you were told. Bit by bit, you would learn. Back then, this was how you would work your way up. David Bowie soon retired, but I was lucky enough to get a job with Mott The Hoople straight away and that’s how I eventually met Queen (they were supporting MTH on tour). 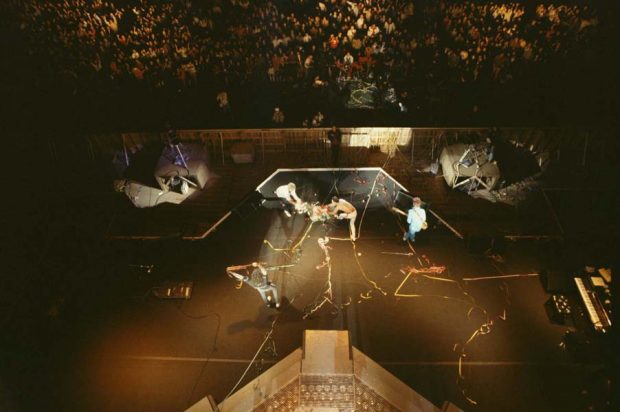 To take this picture, Peter set a camera up in the lighting rig above the stage, and operated it by remote control. © Peter Hince

What would you say was the most pivotal moment in your career as a roadie?
I suppose it was when I joined Queen. I worked with various bands before then, but Freddie and the others were just about to break, just about to record A Night At The Opera (including, of course, Bohemian Rapsody). It was all about timing, I was lucky. They started an amazing journey and I was there to witness it all.

You spent over 10 years on the road with Queen. How did success change the band?
It's a fact that, over an 11-year period, people naturally change. From a band point of view, with fame came the pressure. It was relentless! I guess there is always a price to pay with every opportunity. Nonetheless, the band was always very solid, always very committed as a four-piece unit. Other than that, let's just say that Queen went from being incredibly disciplined to acting pretty wild…!

You were on stage during the famed Live Aid gig. What are your memories from that day?
I remember it very well. It was work, just another gig, but there was a lot of pressure, especially for us, members of the crew. Queen's performance was so good on the day because they were so well-rehearsed, and they were definitely used to playing these big shows. I consider it to be one of the most significant days of my life, for sure. They even got an actor to play me in the movie (Bohemian Rapsody)! 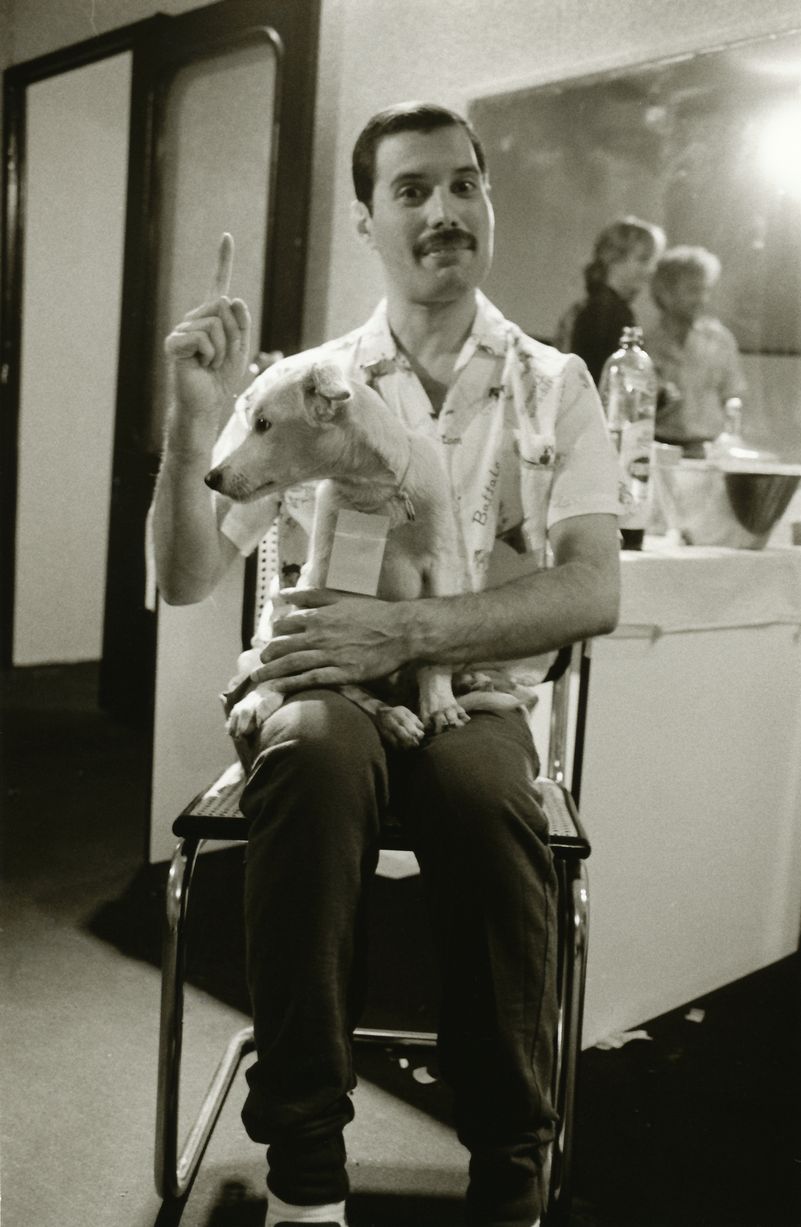 Madrid, 1986. Freddie with a dog belonging to one of the local promoters, also called Freddie. © Peter Hince

You mentioned Bohemian Rapsody, the movie. How was it to watch it?
The film is a Hollywood product, not a true representation of what happened. I don’t want to sound overcritical; let’s just say that it could have been easy to get it right. I was never asked to consult, nor anyone from the crew... It’s the music that makes it a success, in my opinion. The representation of the band dynamic is completely missed and that's a shame – I know because I was there.

What was a typical day as a roadie in the 70s and 80s?
Back in the Queen days, we would get started by unloading the 40-foot truck that all the gear travelled in, usually around 12pm. The first thing to go up on stage would be Fred’s piano, so we would get that set up, then everything else. Once done, we would get on with the soundcheck, which – in the later years – Freddie and John would never come to; it was only Brian and Roger. I would be the one to take care of soundcheck on Fred and John's behalf. Nobody soundchecked at Live Aid, by the way! 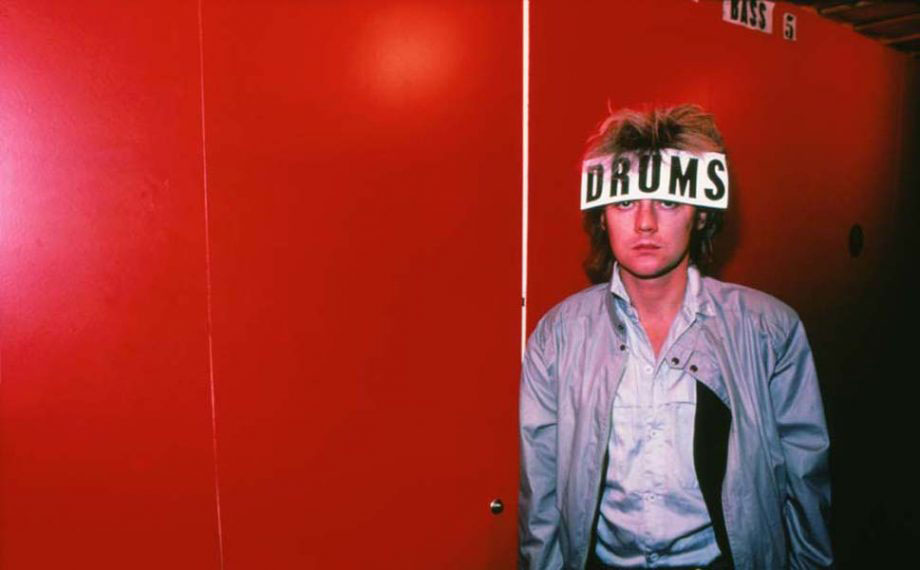 Roger Taylor, 1980. Queen's travel cases would have stickers on them to indicate the instruments within. © Peter Hince

Overall, there was always something for me to do: tuning guitars, a bit of fixing and servicing... Then it would get to the time the band would arrive, and I would go talk to Fred to know what the setlist was going to be, as it was all down to him and his voice. I would write the setlist out and let Brian and Roger's roadies know, as well as the lighting designer. Closer to showtime, we would get all the drinks, towels, and again we would make sure every instrument was ready to be played. We would never stop working until the truck was loaded back up again, and sometimes we would also drive.

It was exhausting, but that was what I did for a living and I absolutely loved it! To answer your question, being a roadie is not like that anymore. I don’t think there is one nowadays who does all the work I used to do! Now you have technicians, and different people doing different things. I had to learn how to do a bit of everything, but I'm proud of it.

How important is it for an artist to build a great relationship with their crew?
You’d like to think it would be! Back in my days, some artists unfortunately were – let’s say – really difficult. You can still do your job, but when you’re appreciated... you go the extra mile.

Freddie expected everyone to do their best, as easy as that, and it didn't matter what your role was. He always did his best and took you up to that level with him.

Mick Ronson was a joy, so easy to work with. David Bowie was very different to Freddie, but there was mutual trust and respect. In the end, it really depends on who you’re working for – I won’t tell you who the bad ones I worked with are! 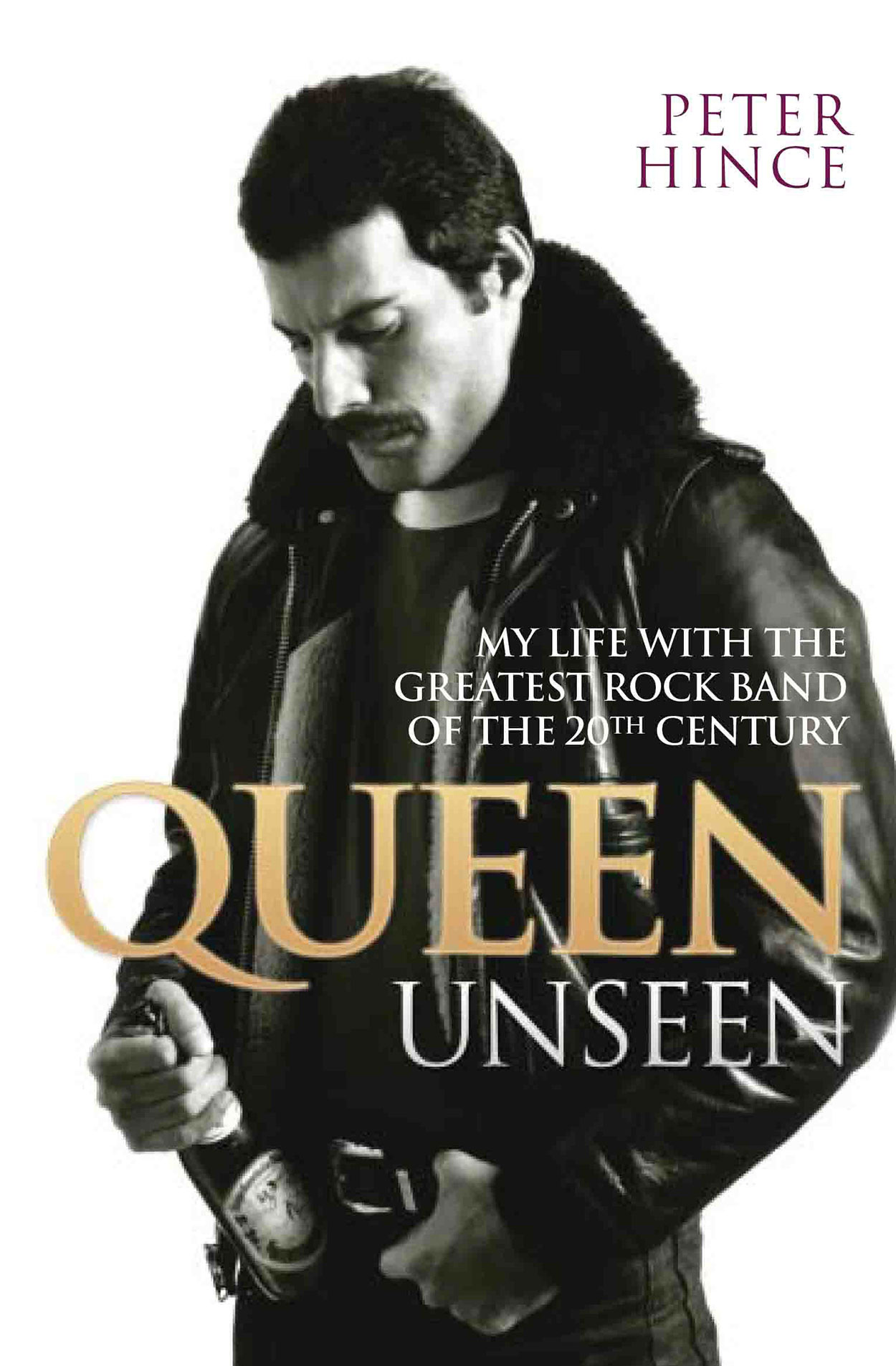 Peter's book Queen Unseen will soon be available for loan in our library.

by Lara Magnelli
October 17, 2019
Creators
Back to Blog Home