Our alumnus tells all about his publishing deal with Tileyard Music and how our Careers team supported him... 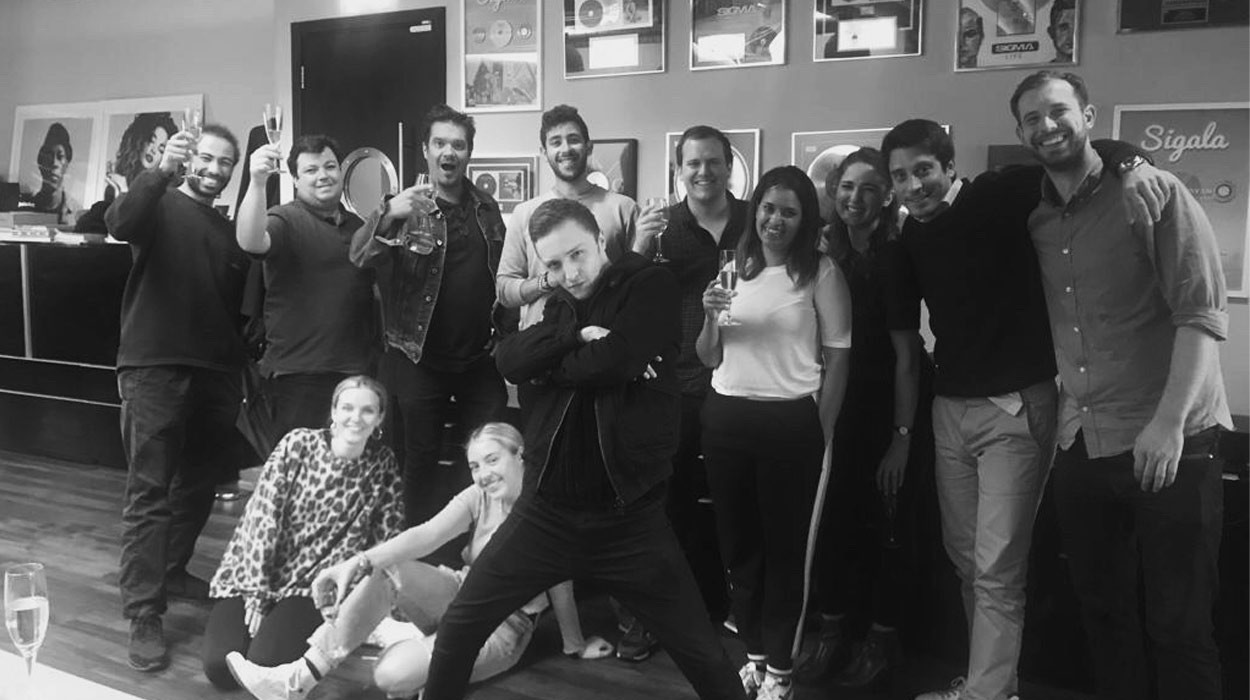 We recently met with ICMP's Songwriting alumnus Oscar Bell to talk about his time studying with us and the publishing deal he signed with Tileyard Music.

Just over a year after the end of his three-year Songwriting programme at ICMP, Oscar Bell signed his first publishing deal. Here he tells us more about it...

How did you start your journey in the music business?
Having been brought up in a musical household, with both my parents being professional musicians, it was inevitable that I would end up working in the music industry in some form, but my journey didn’t really started until the age of about 16. After learning, piano, drums and guitar, this is the age where I started to write and record songs from a very humble studio which I had pieced together from bits of equipment and an old laptop that we had lying around the house. I developed my own artist project, started gigging, and released a series of EP’s which gained me a little bit of traction around the local area. This lead to some amazing opportunities supporting acts such as One Direction, Little Mix and the Wanted. While I loved the performance aspect of the project, I soon realised that my true passion was in the writing and production side of the process, and so I decided to move to London to pursue a career as a writer/producer.

How important is it for your career to be London-based?
Moving to London was a really important decision to make in furthering my career in the industry. London is the central hub of the music industry in the UK and is home to all the biggest publishers, labels, venues and agencies in the country, so for me, it just made so much sense to move here. Building a career in the music industry is centred around the people you meet and the network you can build, so moving to a place which offers the greatest opportunity to do just that, is a no brainer.

You studied our BA (Hons) Songwriting course. How did you find the programme?
The course was great! It not only gave me the opportunity to hone and develop my songwriting abilities on a daily basis, but also taught me how the business works and how I can make practical use of the things I were being taught.

With these things, it is what you make of it and I believe that If I had entered the course thinking “Three years of parties, wahoo!”, then so many opportunities would have passed me by. Instead I entered the course with the goal of becoming a writer/producer, and used the university as a tool to aid me towards my goals, making the most of any opportunity that came my way and sought to make the most of the connections that the university could offer. 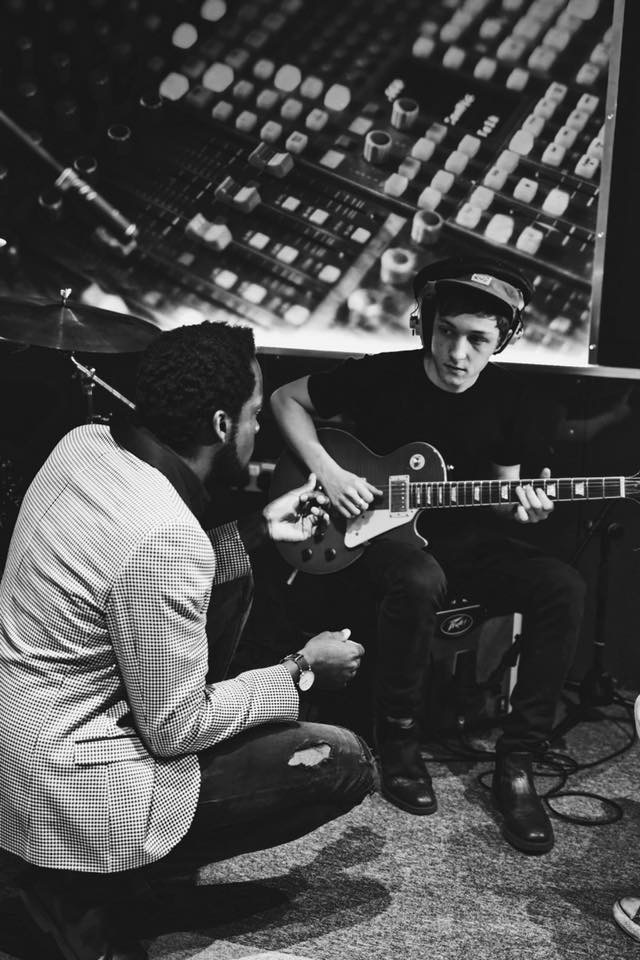 What was your involvement with the Career & Industry Hub at ICMP? And how did it help your music career?
The  Industry Hub helped me so much at my time at ICMP. My main point of contact at the Career and Industry Hub was James Brister, who listened to all of my songs and helped steer me in the right direction in the early stages of my career. Once I had whittled down a showreel of dozens of songs with the help of James, the Careers and Industry team put me in various meetings with Managers and Publishing A&R’s. This lead to a bunch writing sessions and writing camps with Universal, Warner and Sony artists and ultimately to the signing of my first publishing deal with Tileyard Music. None of it would have been possible had it not been for James and his belief in what I was doing, and I can’t thank him and the rest of the team enough for their continued support.

How did it start with Tileyard Music?
It actually started with a meeting that I was put into through the Careers and Industry Hub at ICMP. I met with a manager who worked with Tileyard at the time and played her some of my strongest songs. She really loved what I played and brought me into a meeting the following week with the head of A&R and one of the founders of Tileyard. Thankfully they also loved the projects I was working on and after a few months of working with them, I was offered a co-publishing deal with Notting Hill and Tileyard publishing.

'Feel About you' by Aislin Evans was produced by Oscar Bell. The YouTube video was played over 8 million times.

What’s the best piece of advice you’ve received about making a career out of music?
There have been so many amazing pieces of advice that I’ve been given over the years from loads of different people, that it's hard to pick just one. I don’t think there is a ‘one size fits all’ piece of advice because we are all in different places, taking different paths to different destinations. However, I would advice anyone looking to pursue a career in music to simply embrace and enjoy their own unique journey.

Don't not get fixated on the destination and don’t compare your journey to anyone else's.  Actively seek opportunities, work with people who inspire you and help you become not only a better musician but also a better person, and above all... Have fun with it."

Who is your biggest musical inspiration?
My Mum and Dad…. and Jon Bellion.

Which artist would you love to collaborate with?
Refer to the previous answer!

What projects have been keeping you busy? And what’s next for you?
I’ve been keeping very busy lately and I’m blessed to be working on some great projects with some super inspiring people. I was recently working in Poland, writing and producing for some of the artists on ‘The Voice’ through Tileyard and Universal Music and since then I’ve pretty much been writing and producing in a bunch of sessions for signed artists and DJ’s from all around Europe which has been really cool. As far as whats next; I’ll be heading to Copenhagen for a writing camp in a couple of months to collaborate with some more amazing artists out there and after that I imagine I'll need a holiday to recharge the batteries! 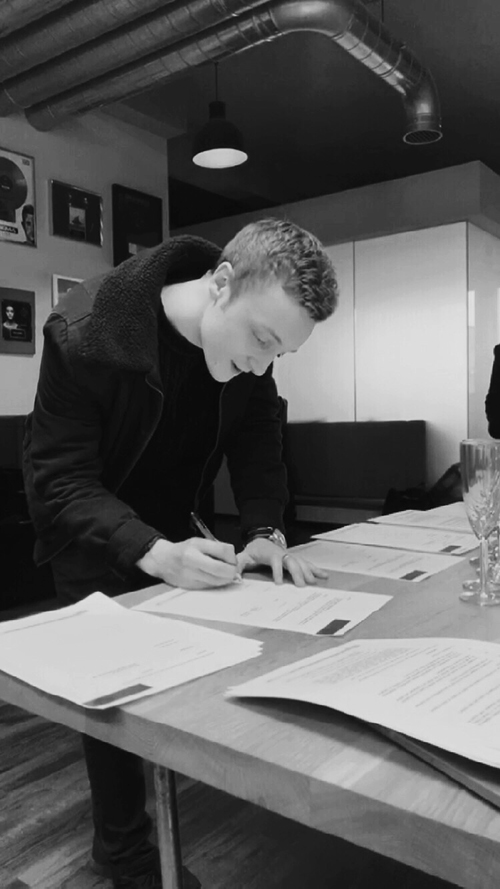 Stay up to date with Oscar by following him on Instagram.

Find your unique identity as a writer on the BA (Hons) Songwriting programme. You'll develop your ability to craft and refine songs in a range of styles, whilst also developing and improving your technical, musicianship and entrepreneurial skills. Speak to our friendly Admissions Team to learn more about this programme, call them on 020 7328 0222 or email at enquiries@icmp.ac.uk.

by Lara Magnelli
August 28, 2019
Creators
Back to Blog Home