We quiz our alumnus on his success within the world of Indian film music... 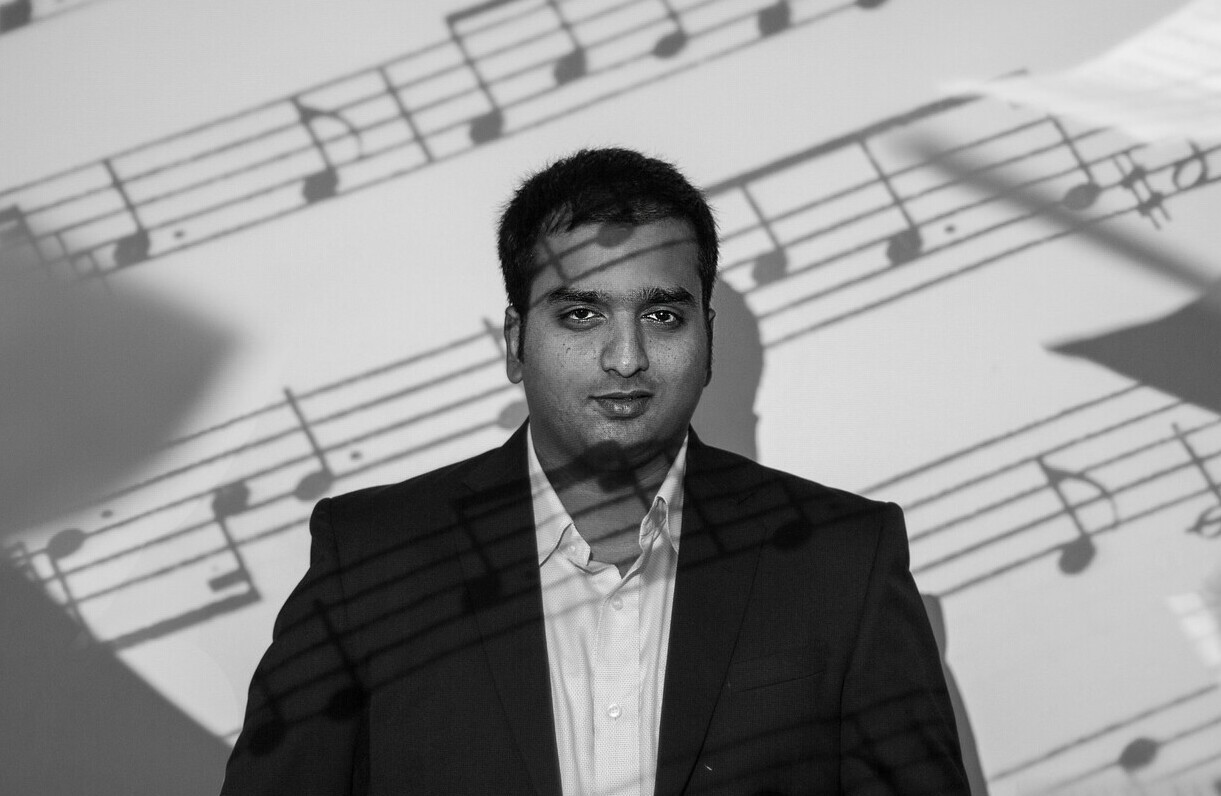 As a composer, orchestrator and arranger, ICMP alumnus Neelesh Mandalapu has been busy making a name for himself within the world of Indian film music.

Since completing his year with us on our Higher Diploma programme, Neelesh has worked on a variety of productions including 'Thugs of Hindostan' and 'Zero'. With the arrival of 2021,  Neelesh is now pursuing a new collaboration with fellow ICMP alumna and tutor Francesca Confortini alongside his film work.

We caught up with him to find out more about his process and tips for aspiring composers...

When I was a young boy, my parents enrolled me with an Indian classical music teacher who gave me lessons in basic ragas and tabla.

This went on for about a year but due to my father's job as an officer in the armed forces, we moved quite a bit and I never could really continue studying music.

I had a neighbour when I was around 12 years old who had a keyboard, I could hear him practice every evening. I really wanted one too and eventually managed to convince my parents to buy me one for my birthday. The instrument came with some songs inbuilt and a manual with some notes about musical chords and scales. I started fumbling my way around that and trying to play some of my favourite songs. The most influential musicians and composers in my early life were mainly film composers like AR Rahman, Shankar Ehsaan Loy, John Williams and Hans Zimmer. 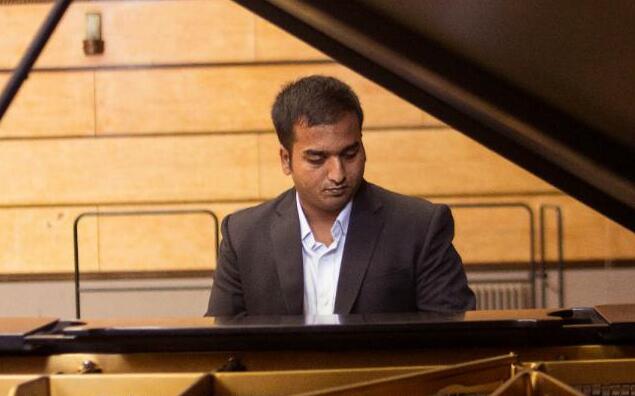 At what point did you know music would be an all-consuming passion?

I knew I wanted to be a musician when I got my first keyboard, and started playing random notes and trying to make sense of the instrument. There was something very magical about that feeling and it has been so ever since. Another point in life where I decided that I wanted to be involved with music is when my sister gifted me a walkman. I wouldn't let it go and always used to listen to my favourite tapes. Especially the album ‘Saathiya’ by AR Rahman. It was and still is my favourite record of all time.

After I completed my bachelor's degree in engineering, and being self taught in music until this point, I felt I really wanted to take up studying music and go professional. I started researching different schools and universities online, and that's where I found ICMP.

What really drew me towards ICMP and the course ( Higher Diploma in Guitar Performance) was that it is a very hands-on course covering a lot of basics and a vast variety of genres. The highly musical environment and being surrounded by so many amazing musicians was very inspiring."

I really enjoyed my classes with Martin Goulding, Misha Nikolich, Alessandro Puddu, Tolis Zavaliaris amongst others and also the masterclasses by external faculties and famous musicians were very useful. I really got the opportunity to delve deeper into the elements of music, and how everything fits together stylistically.

What was the most important thing you learned while studying with us?

Diversifying my practice and learning was the most valuable lesson I learned during my year at ICMP.

I practiced such a varied repertoire that it made me realise I was looking at music in a very constricted way. It opened up my mind to pursue multiple areas simultaneously and also made me realise that we become more rounded as musicians when we learn how different styles and genres work.

What projects have you worked on since leaving? Have there been any particular favourites or highlights?

I have been working in the Indian film and music industries as a music composer, producer and orchestrator. I have had the opportunity to work on films such as '2.0', 'Thugs of Hindostan', 'Zero', 'Dil Bechara' etc primarily as an orchestrator.

I have also composed for a Marathi web series 'Date With Saie' (this is in a regional language of Indian State of Maharashtra). Some of my most cherished moments have been interacting and working with great music composers like AR Rahman and Ajay-Atul.

Have you any advice for any aspiring film composers? What would be your top tips?

Film composition is more about storytelling than music on its own merit. It's about the drama on and off screen, about the emotions of the audience and how you shape it using sound. A film sometimes works really well with a lot of music with loads of motifs and harmonic ideas. However, sometimes all it needs is a small or unique sound playing in the background.

As film composers, we need to understand the language of the film and the filmmaker. Collaborative spirit is of utmost importance, and so is understanding the way films are shaped and understanding the arc of the story and characters."

Find your voice within the elements and the sound world of the film. This is the most challenging yet rewarding aspect of composing music for film.

What are the common mistakes when composers work with film?

The relationship between audio and the screen/video is a beautiful thing, and whenever they are not in harmony with each other, I feel the film often doesn't work. Many times, the composer and the director of the film get trapped due to temp tracks. The film gets edited many number of times on the temp track and the composer has to adhere to the guide music almost strictly to make the scene or film work. This constraint is very difficult to get out of, but there are sometimes other hidden cues in the scene from which you as a composer can try to highlight in the music. Doing so means you can try and create a newer perspective and achieve a very different outcome.

How do you approach working on music for a score? Could you describe your process?

There generally is no set approach when I take up a film but the first thing most composers including me do is to watch the visuals. If the film is not yet available, then read the script and know the story. I then usually think about the sound world of the film, which essentially means I start thinking of the various types of sounds that could be in the film such as synths, voices, percussions, orchestra etc.

The flavour and basic direction for me is decided at this stage. I then progress towards the characterisation of the score which includes composing the themes for characters and important scenes for the film, all while in discussion with the director and the creative team. The film score is generally built in small chunks such as this. It's almost like the pieces of a puzzle coming together to form the canvas. Where we start sometimes ends up changing the flavour of the score, so it's exciting and sometimes unpredictable.

What musical projects do you have coming up?

I am currently working on a couple of films in the Telugu film industry as a composer, which is my mother tongue from the south of India. I am also working on a few indie singles, one of which is called 'Through The Window', featuring the amazing Francesca Confortini, friend and current faculty member at ICMP. It is a jazz ballad and is now out (released on 6th January). I am also collaborating as a music arranger, music producer and orchestrator on a few films set for release in 2021.

by Jim Ottewill
January 12, 2021
Creators
Back to Blog Home