ICMP graduate James Gavin gives us the skinny on his new album, Chewing the Fat... 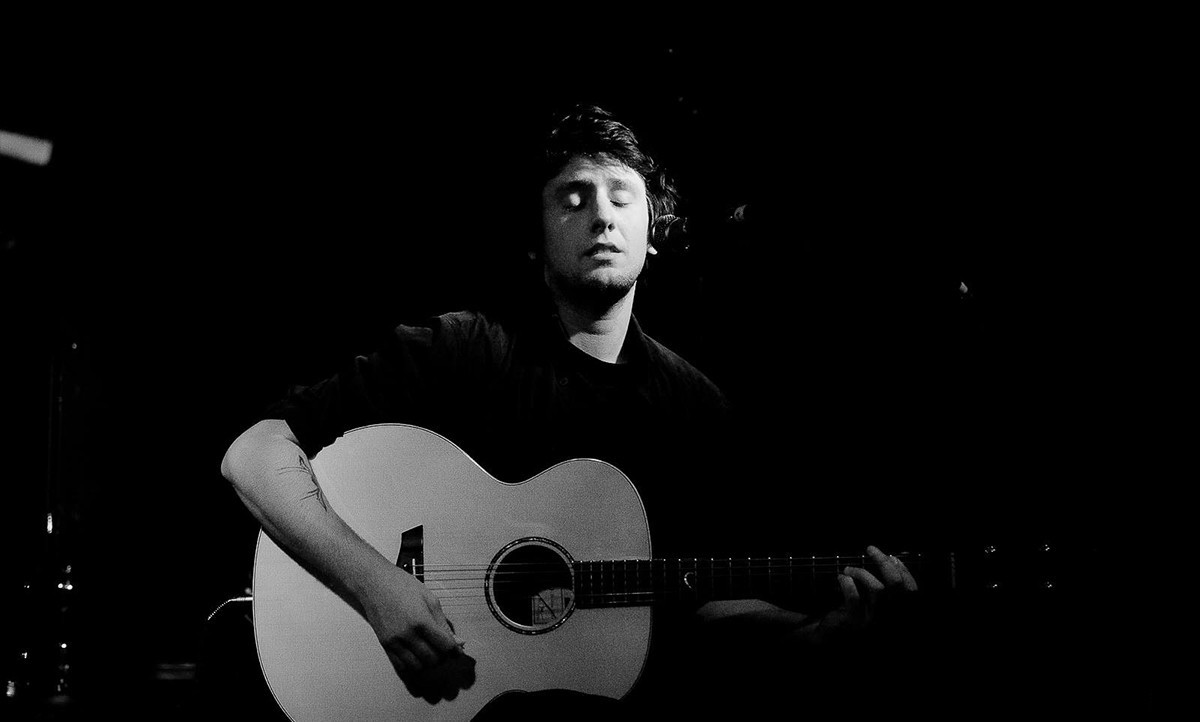 As a fiddle player and guitarist, ICMP graduate and multi-instrumentalist is ploughing a slightly different musical furrow to many of our alumni.

He releases his debut album ‘Chewing the Fat’  today (26th January), a collection of folk and spoken word collaborations demonstrating not only his skills as a performer and writer but a thirst for forging new musical partnerships.

Ahead of the launch party and nationwide tour, we caught up with James to learn more about the record, his impending live jaunts and how his time with ICMP helped him on his musical adventures…

I started Suzuki-method violin lessons when I was four years old. When I was 13, I joined a community music group called Meitheal Cheoil, where I learnt to play traditional Irish fiddle at St Gabriel’s Community Centre along Holloway Road. I took up the guitar when I was 15 and have carried on playing both instruments ever since.

How did you get involved in London's folk scene?

I grew up in an Irish-Basque family, so I’ve always been surrounded by music. As I started to play the fiddle and guitar, my dad introduced me to the folk scene in London; a wonderfully diverse and vibrant music community that I’ve now been playing in for 17 years.

How has your work with the likes of TEYR and the Rad Orchestra fed into your own music?

Playing with TEYR and the Rad Orchestra has given me a greater understanding of the holistic nature of music. In both these bands I’m fortunate enough to be part of a creative dialogue with musicians of the highest calibre. This practice was extended and renewed by collaborating with the other two members of TEYR on my debut album 'Chewing The Fat'.

Chewing the Fat' is your new album - could you explain a little about it, how it came about and what the thinking is behind it?  Plus how did you manage to get such a range of contributors to take part?

'Chewing the Fat' is the story of three generations of my family migrating from County Fermanagh to London, told from the perspective of my granny Philomena Gavin (Mena). Over the course of two years I recorded conversations with Mena, the sounds of North London (Holloway Road), the sounds of Fermanagh and other locations important to the narrative. The inspiration came from several directions, but a standout source was the current socio-political climate in Europe and the rest of the world.

Migrant has become a dirty word, but it wasn’t that long ago that people from the shores of these small group of islands had to get into boats and search for work and safe havens."

Being the child of immigrants in London afforded me a very different perspective of cultural identity that valued diversity and its riches. Ultimately, it is a love letter to my family.

These are all musicians that I have worked with over the years in various bands and I’ve been very lucky to get them on the album and for the launch in the Union Chapel in London on 5th February 2018.

When and what did you study at ICMP - and how did your experiences at the college help shape you and your music?

I studied for the Higher Diploma course and Creative Musicianship degree at ICMP on the guitar, from 2009 to 2013. These were invaluable years.

Alongside all the technical work we had to do at ICMP, the tutors instilled a selectively inclusive mind-set that has really stayed with me to this day."

Tutors like Richard Strange and Jay Stapley got us to look at making music from different perspectives. This type of practice laid the foundations for building my own album 'Chewing the Fat'.

Have you ever encountered writers' block? And if so, have you any advice on beating it?

Yeah, I have encountered writers’ block but I often find the musicians I play with come at whatever problem I’m stuck on from a different angle and that tends to unlock it. If that doesn’t work, immersing myself in a new band or style of music will always inspire me.

To be honest, I’m not sure yet. Putting this album together has been all consuming; I haven’t had time to think what next. I can tell you that the Rad Orchestra will be releasing an album mid-2018, which I’m very excited about!

Have you any advice for new musicians?

Nothing worth doing is ever easy!

Visit jamespatrickgavin.com for more information and listen to a teaser of the record below...

by ICMP staff writer
January 26, 2018
Creators
Back to Blog Home