We catch up with our BA Creative Musicianship student as she gears up to release new music... 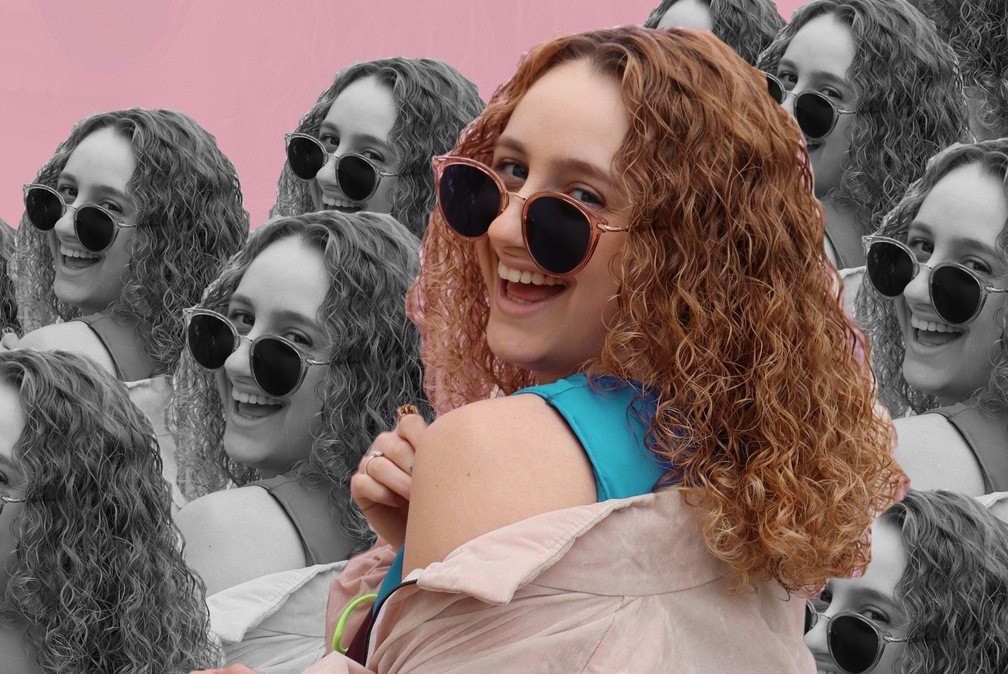 Our BA Creative Musicianship student Macie Nyah has certainly made an impact during her time at ICMP.

From reaching the final of the Alpha Unsigned competition to performing at our end of year Outro event, Macie's energetic take on pop music has won her plenty of acclaim. With the academic year just ended, she's gearing up to release new music and perform at an all ICMP live event on 17th June at The Fiddler in Kilburn.

Get to know her in our interview below and find out more about her new projects...

Originally I started out in musical theatre when I was about eight which I studied up until I went to college.

I decided that I wanted to go more into pop music and so I attended the Access Creative College in Norwich for two years, but it wasn't until my final year that I wrote my first song. This was very weird, but exciting for me as I'd always regarded myself as a singer and had never even thought about writing myself.

A pivotal moment for me was an Ed Sheeran gig that I went to where Anne-Marie was his support act. Her lyrics were so honest and inspiring and so I've taken a lot of influence from her ever since."

Has there been a breakthrough moment with your music so far?

A big moment for me so far was when my debut single 'I Don't Need You' reached 10,000 streams on Spotify. I released it having absolutely no idea if anyone would even care, let alone listen! So this took me back a lot, watching the figures rise every day.

What projects are keeping you busy? Are you still working as part of MYLA?

I have lots of exciting things that I'm working on at the moment! I'm writing lots and developing tracks ready for release for my own artist project, I'm also in a songwriting duo called MYLA and we've been having lots of sessions writing with other artists for their projects, as well as working with production duo Bad Friends on some music for sync!

Could you talk about your upcoming gig? And about the line up you're performing with?

So our upcoming gig on the 17th June at The Fiddler in Kilburn is pop at its most wholesome with an all female line up consisting of myself (Macie Nyah), Jaz Beeson, ENNA and Cora Rebel. We are all now ICMP alumni and are putting it on entirely ourselves to showcase us and women in music.

How important has London been to progressing your career?

London has played such a huge role in the progression of my career, as has ICMP, because pretty much everyone that I'm currently working with I have met either through ICMP or via people at the uni.

Being in London has given me opportunities as an artist such as performing at The Hard Rock Cafe, busking in Wembley and playing at the Indigo at the O2.

How have you found your time at ICMP? How far into your studies are you?

I have just finished my third and final year on the Creative Musicianship course at ICMP and, despite a lot of it being during a pandemic, I have learnt a lot and been introduced to some of the most amazing people and collaborators.

I've also gotten some really fun and cool opportunities during my time here such as playing at The Hard Rock Cafe, performing with my band at Omeara and competing in the finals of the song contest with ATLA!

You are also releasing new music in the next month - could you talk about this music? What is it about? And what does to mean to you in terms of your career?

I am very excited to be releasing new music in June for the first time in over a year! The single is called 'Copycat' and I've been sitting on it for a long time because I really think we're creating my best music right now and so I wanted to make sure I had things to back it up with! To me 'Copycat' is about individuality. This song also represents the breakdown of a friendship which is something I have experienced a lot.

What's the best piece of advice you've heard about your music?

One of the best pieces of advice that I've received is to 'let them come to you'. And this doesn't mean in terms of that you don't need to work hard.

Instead it's about how the best approach isn't always to go around emailing every radio station, record label and manager around asking them to give you a shot, which is something I did a lot of two years ago!

What does the rest of the year have in store?

I am currently working on an EP, which is actually something I've always said I never wanted to do, but here I am! I had a couple of songs that work really well together conceptually and so we've decided to write a couple more and release them as an EP! I'm also hoping to get some more gigs booked in with my band!

Watch the video to Macie's track 'This Girl'. Get tickets to Macie's gig on 17th June here.