ICMP’s Teaching Fellow in Creative Musicianship tells all about his new record, ‘Polly’... 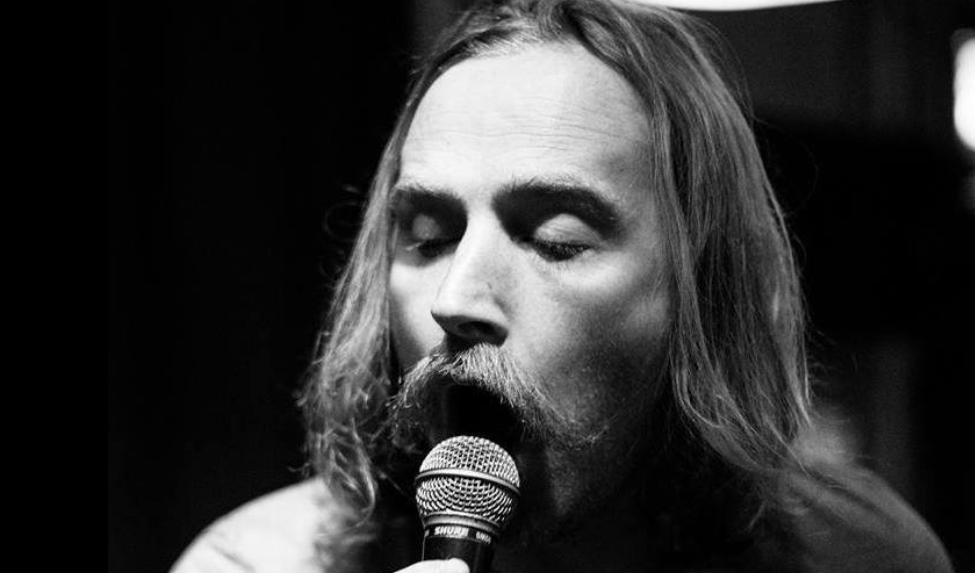 Luke Toms, ICMP's Masters in Songwriting alumnus turned Teaching Fellow in Creative Musicianship, is one of our musical community's most creative teachers and artists.

He achieved top marks during his MA and new record 'Polly' is the result - a cathartic and candid collection of songs inspired by the grief surrounding his sister's death.

We caught up with Luke to find out more about the record and how he has poured these emotions and the healing processes surrounding it into this new collection of music...

How did ‘Polly’ come about?

Originally the record was for my MA that I studied at ICMP. My sister took her own life 21 years ago but I found I still had a lot of issues with grief. I started writing a few songs, it began to take the form of this album and really exploring my relationship with her.

I mapped the whole record to the hero’s journey - the establishment of home, the departure to the other world, the gift, the abyss...

I went back to Cornwall to my mum’s house to record it. This was where me and  my sister were brought up and the location of her death. I performed it live in one take to a few people from ICMP and lots of old friends to support me.

How was the performance?

It was intense. Afterwards, everyone sat in the garden and started opening up about their own traumatic experiences.

I’ve known some of these people my whole life and they’ve never told me any of their own issues with grief - but they were willing to say it in a room of strangers. My display of vulnerability created a space that they were able to inhabit with theirs which was fascinating."

Some of the songs are in the new film, 'Long Way Back'. How did this happen?

I started writing music for director Brett Harvey's films when I was 15. He did terrible films and I did terrible music for them. But we’ve both kept going.

We’re both now 40, Brett is BAFTA nominated and is brilliant. He came down and filmed the afternoon and evening, then told me that he was writing a script and asked if he could use some of these songs in his film.

The songs impacted the script and it’s almost like a collaboration even though I’d written everything before. That was made and filmed, then Covid hit so he couldn’t release it. The year after Covid, it was the busiest year in film history so Brett has waited until now for it to be released. It’s a great film with some very dark music.

I was never going to release this music, but with the film, then there’s a vehicle for its release. The amount of people who have contacted me about it is astonishing. I’ve had a number of personal messages from people who have been through similar experiences where a family member took their own life.

It’s all about letting go of grief which I have done and I can comfortably talk about it now which I couldn’t a few years ago.

How did the songs come together?

They were all written on my MA at ICMP. There was a song - 'the Harbour is Calling You Home' - that started the whole journey off about the passing of my cousin Jordan. Then I realised that this song is actually about my sister, not looking at them directly but looking at it sideways through Jordan’s story. This is the beginning, the establishment of the home and the status quo.

Had you always wanted to engage with this through your songwriting? Or has it always been there?

It always has. I was in my early twenties and making a glam rock record. A lot of the songs were about my sister and this situation but disguised within happy music.

I came to London and there was a revival in this sound, I was signed to Island Records.

For years, I was quite destructive around my career as I felt like I was playing on my sister’s death. I felt like I was making money from it. It’s taken me years to reconcile this which this project has helped with."

It’s always been there and I’ve been unable to look at it directly. It’s just been too painful. The process of doing this, the academia and the research, have helped me work through it. There’s this romantic ideal about how you have to feel it to write a song around it. With something that is difficult and emotional, you don’t like directly at it. This way you will get far closer to it without being conscious of it.

How are you going to evolve this project?

I wanted to do a TEDx talk or a lecture. I have all this research which I want to pull together. It’s also massive as it was for my MA. So there’s an hour and a half of me talking. I need to cut it down into bite size chunks so it connects with people. I want it to be visceral.

I’m probably going to feel my way through it and see what happens. It’s been a while since my studies. They were great and really enhanced what I do. I’m now a Teaching Fellow of Creative Musicianship which is a great job, there’s lots of teaching, research and devising courses too which is amazing.

How has your artist work influenced how you teach?

In 2019, I released my demos which got me signed, not for any kind of accolade but to show the students. You’ve got to graduate and develop. It doesn’t have to sound amazing straight away. It’s fine, you have an idea, then develop from there.

I’m doing research around how the metaphorical and literal meanings of songs are often tied to the arrangements. Some people do this intuitively but it’s nice to look at how this actually works. It’s a trajectory as you feel like you spend more time in the song due to the different perspectives.

Listen to 'Polly' below:

by Jim Ottewill
September 20, 2022
Creators
Back to Blog Home