Our MA Songwriting student tells us how challenges around mental health have helped inspire her music... 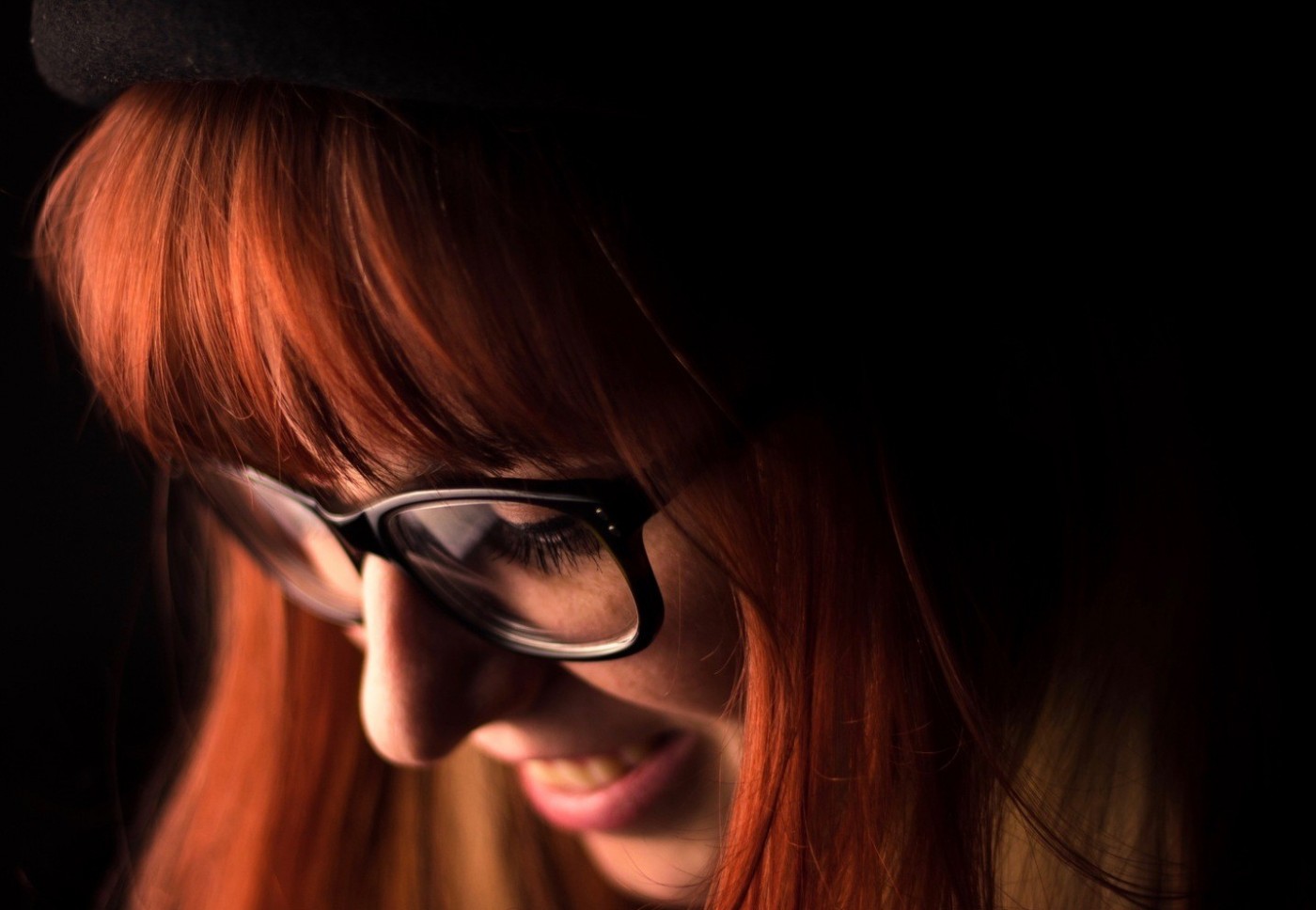 Fascinated by words and songwriting, ICMP student Lauren Alex Hooper is not only an exciting musical talent but a mental health blogger and advocate.

Outside of our classroom, Lauren is gearing up for plenty of musical activity over the coming months with the release of her 'Honest' EP.  Written with long-term collaborator Richard Sanderson, the five track EP is a short story about the challenges she's faced with her own mental health.

The first song from the release, 'Bad Night'  is a great introduction to Lauren's emotive, personal music and has been deservedly picked up for some plays by BBC Introducing The South. Check out the track below and get to know Lauren in our profile exploring her introduction to songwriting, inspirations and where she and her music are headed next...

My family is pretty musical. My grandmother was a concert pianist and one of my parents is a jazz musician (and seems to be able to play every instrument ever). And there was always music playing in the house. But I still remember the moment songwriting clicked for me: I was listening to a song and suddenly the structure made sense and I could see how the singer was telling the story. It was kind of magical.

I’d had piano lessons as a child but I got into guitar when I was fifteen and loved it. I even had a YouTube channel where I played covers. But as I watched other YouTubers, I saw them writing their own songs and thought maybe I’d be able to do that too. I’d always loved writing and actually wrote a novel when I was twelve. My brother is very artistic but I guess words have always been my art form. So I’ve been writing songs since then and for me, there’s just nothing like it. I don’t think I could live without it now.

Sara Bareilles is my favourite writer and artist. I’m so inspired by how she’s constantly challenging herself in her writing, having released albums, written music for a very successful musical, and a book. I love the emotion and the unique twist she puts on her lyrics. I’m also a huge Taylor Swift fan: her storytelling and command of detail is just unparalleled.

A younger favourite is Nashville up-and-comer, Kalie Shorr, who I’ve met a handful of times on my trips there (she’s absolutely lovely). She can be brutal in her honesty but there’s this incredible vulnerability, especially in her sadder songs. Her recently released debut album, 'Open Book', is a masterclass in songwriting, particularly when it comes to the lyrics."

A friend recommended it to me and as soon as I visited, I was sure it was the place for me. I spent three years doing the BA Songwriting course and although there were some classes I struggled with and some parts that I found very scary (due to inexperience or my anxiety disorder), I absolutely loved it.

I loved the songwriting classes in particular and I wrote so many songs I’m so proud of. And I met so many people that I feel so lucky to know, particularly my now best friend and writing partner Richard Sanderson (who writes and produces under the name, Richard Marc).

There’s so much I learned here that I’m not sure it could fit on the website! I learned so much about what it takes to write a really good song, I learned the potential (and fun!) of co-writing, the importance of feedback and a community, I was introduced to Nashville… The list could go on. But it’s safe to say that I learned a lot of important things and I think it’s where I really became a songwriter. I also think my experiences there shaped me a lot as a person.

The tutors here have been incredible and they have been so supportive, with my work at uni and my career outside of it. I’m so grateful for how generous they are with their time and knowledge. 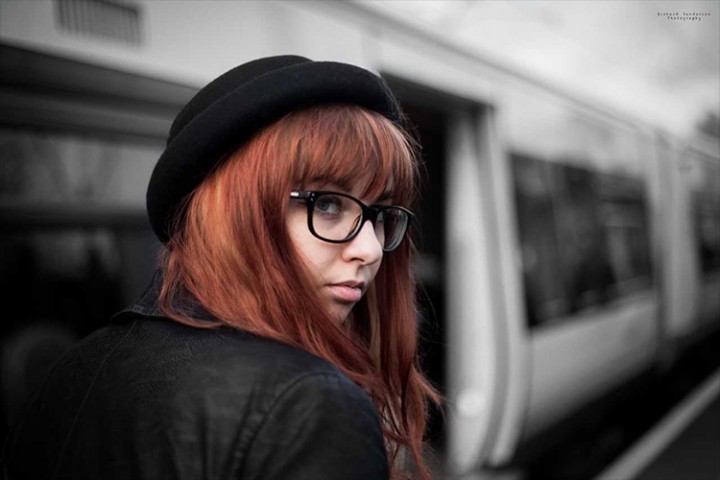 What has been keeping you busy since you left ICMP?

I took a couple of years out because I was really struggling with my mental health but now I’m back at ICMP doing the Masters Degree in songwriting. I’m also releasing new music for the first time in a couple of years. So between those two things, I barely have time to eat and sleep!

'Honest' is your forthcoming EP. What are the songs on this all about?

'Honest' revolves around my experience with mental illness, or at least some of that experience. I have depression, anxiety, and BPD (I’m also autistic, although none of these things can untangled completely) and these things are so rarely talked about or even acknowledged, in music or in life. I wanted to be as honest as possible about them, myself and how they impact me: that’s where the concept came from.

Because my mental health is such a big part of my life, it bleeds into a lot of my music. Sometimes I’ll intentionally write about it and sometimes it just creeps in, just as it affects my life. So when I decided to put together an EP. I (with the help of Richard) went through my songs and chose the ones that best described different moments of mental illness, at least in my experience.

There are negative and positive moments, good days and bad days, and I wanted to showcase as much as I could in my EP."

I don’t want to give too much away as it’s coming out track by track! But the first single, ‘Bad Night’, is out and, as is probably obvious, is about struggling through a really difficult night.

Could you describe your creative process? What is your way into your music?

I’ll always begin with an idea and an emotional vibe. I like to know what the song is going to be about. And then, because I’m so word focussed, I get into the lyrics. I don’t write the whole lyric but I try to collect almost puzzle pieces so that I can be flexible about which section they end up in. I try to figure out early what the title or chorus line is going to be so that the song can be as tight as possible.

Sometimes I’ll take this to a co-writer and we’ll work on it from there. I love co-writing because it gives you someone to bounce ideas off of or someone who will give you a different perspective. And from there, we’ll finish the song, combining our lyrical and musical skills, especially musical as that’s my weaker area.

But if I continue to work by myself, this is when I’ll move to an instrument. I’ll try to find some chords that fit with the feeling of the song and then start singing the lyrics over them, letting the melody just work itself out. Sometimes I think of it as…

Once I have a first draft, I’ll sing through it several times to smooth out the melodies and then edit. Edit, edit, edit. Not always straight away or all at once, but always before I play it for people. 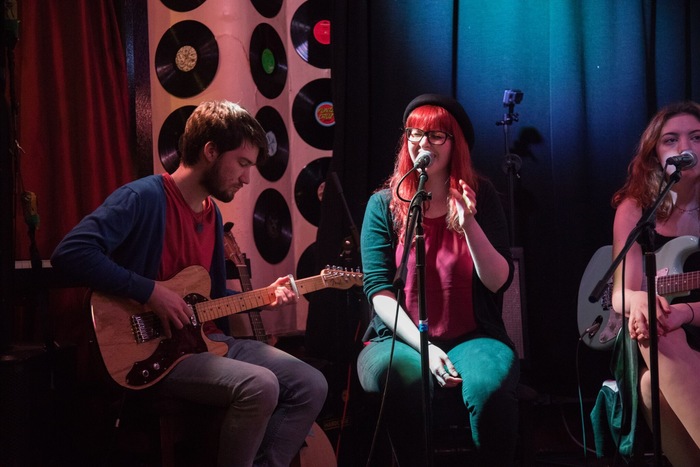 Could you talk about your advocacy work around mental health a little? What does this involve? And how does it inform your music making?

My first single, ‘Invisible', was all about how difficult it can be to get support when struggling with mental illness. All the proceeds go to the charity, Young Minds UK, who support young people with their mental health.

Much of the advocacy work I’m doing is still based on that as my EP is still so new. I’ve gone into schools and talked about mental health, how and who to get advice and support from, as well as playing the song. I’m hoping to do more of this in the future (there are some exciting plans in the works but I don’t want to talk about them until they’re officially confirmed – I’ll be sure to announce them on my social media).

Educating and supporting young people is so important to me. As a teenager when I started experiencing these symptoms, I didn’t know what was happening and outside my family, no one was willing or knew how to support me. I want to be part of changing that. It was awful and I would never want someone else to go through it.

When it comes to my music, thinking of the advocacy work I do, it’s very important to me to be honest. It’s always very important to me to be honest because that’s just who I am as a person, but when it comes to songs about mental health and putting those songs out to be heard by people with similar experiences, I want those people to know that I’m speaking from my own experience and not trying to speak for theirs or tell them what to feel. It’s about trying to create a connection, through letting them know that they’re not alone.

What's the best piece of advice you've received about songwriting?

I’ve been given so much good advice in my songwriting life that this is probably the hardest question. I think – think – the best piece of advice I’ve been given was by an Uber driver in Nashville. Bear in mind that every Uber driver in Nashville has something to do with the music industry. We talked about songwriting for the whole journey and as I got out, he gave me several pieces of advice, one of which was, ‘Every song has its time’.

Sometimes I think that we love a song or the idea of a song so much that we want to get it out into the world as quickly as possible but sometimes that’s a disservice to the song and ourselves as writers."

Sometimes the song needs rewriting or more editing or a different perspective or it’s just not the right time (I’ve definitely experienced this). But that time will come. You just have to be patient.

What's next for you music-wise?

Well, there’s the rest of the EP to release that takes me into next year and I’m writing a lot, both for the Masters and in any free moment. I’m not sure what the next project will be (which does make me a bit anxious) but I’m excited to see where these new songs take me and what new themes emerge...

Watch the video to Lauren's track, 'Bad Night' , below and visit Lauren's website to find out more.

by Jim Ottewill
November 25, 2019
Creators
Back to Blog Home