We quiz our supremely talented alumnus and guitarist on his career and how he became an online hit... 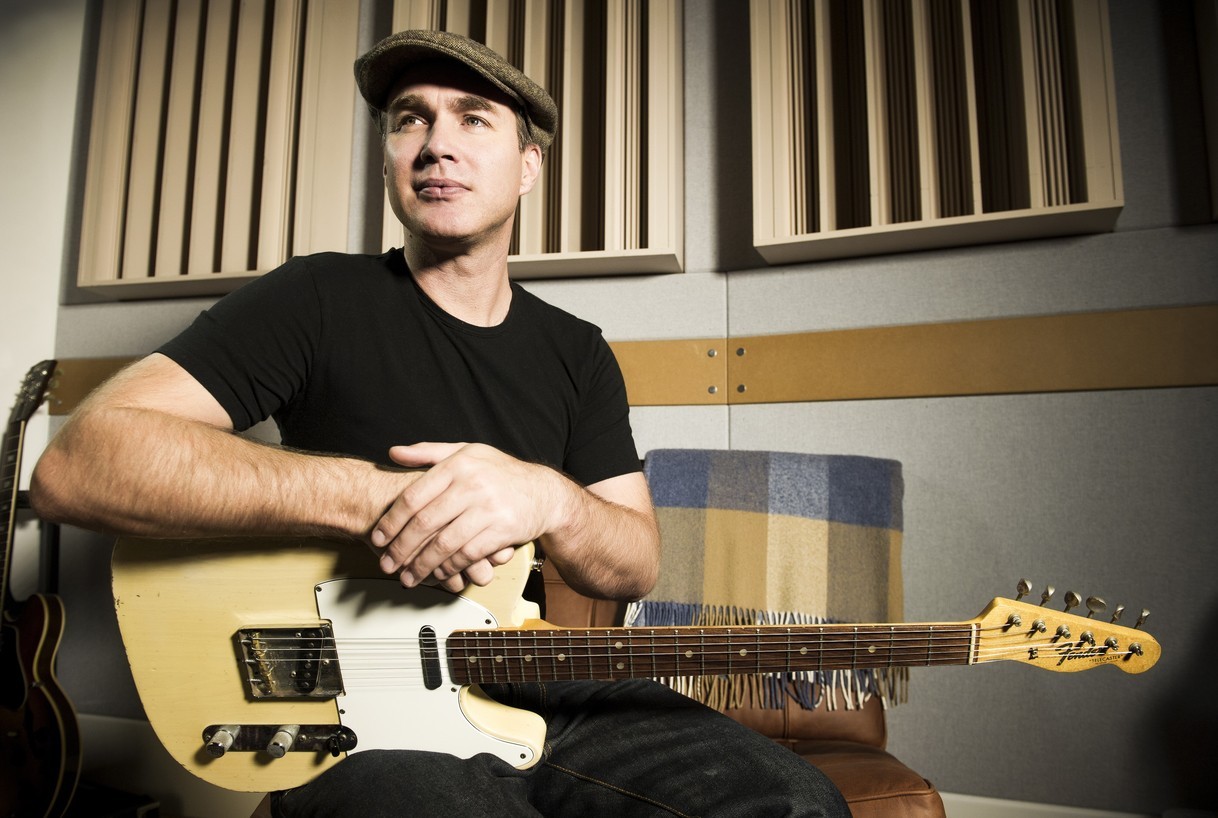 Justin Sandercoe is one of the world's most loved guitar tutors, a brilliant educator who has helped millions of players get to grips with the instrument.

Justin is an ICMP alumnus (back when we were known as The Guitar Institute), who started teaching after graduating with us in the late nineties. Since then, he's risen to the top of his game, initially via joining hugely successful tribute band, The Counterfeit Stones, courtesy of ICMP's Pete Whittard. It was while on tour with the group that he learned to code, launched his own website Justin Guitar  and started offering tuition via his YouTube channel. Now with almost a million subscribers, he's one of the guitar world's best loved teachers.

When he's not teaching, Justin has toured extensively with the likes of Katie Melua, worked as a session player and written and released music with an array of artists.

We recently caught up with him to find out more about his career, online success and top advice for new guitarists...

What led you to the guitar and to London?

I’m not sure how it started. My parents said that I just got excited when guitars were on TV. So when I was six or seven, I started playing and became obsessed. I was gigging and teaching from the age of 12, then went to the Tasmanian Conservatory to study classical guitar as my dad said I had to go to uni and that was the only school available. Then I landed a scholarship to go to a music school and had the chance to choose where I went. So I decided to head to London.

How did you orientate yourself when you started at the Institute as it was known then?

It was a lot of fun. I assumed I’d come to the big city and be the worst guitar player that had ever walked in. But it made me feel more confident. I had played with bands for a while before joining and I made a lot of friends with staff at the school.

One of the great friendships I made in London was with ICMP's Pete Whittard. He was my first teacher and we’re still friends to this day, collaborating on guitar workshops. So a lot of it was about the connections I made rather than just what I learned."

How was London life?

It was a funny thing as the first year I just spent practicing or at school. I consciously said I wanted to get my skills together in that year. At the end of it, I ran out of money and took a job at Chiswick High Street in a pub. It turned out to be the only job I’ve ever had outside of playing guitar. Someone recommended a holiday camp band and I auditioned for this job at Butlin’s, so for the next eight months I played and sang with them. Back in 1997 I was getting a few hundred quid a week to play music which felt amazing. I went from being a poor student to feeling moneyed up, which was quite a relief.

Did you have a career path in mind?

I just wanted to play and write as that was what I was into. I had my idea on being a session player but it was competitive. After eight months working with Butlin's, Pete Whittard popped up again and asked me to join his Counterfeit Stones tribute band - so I did and came back to London. Then I started teaching at the Institute, started doing sessions writing and recording and got back into the London scene at that point. There was no specific path, all I ever wanted to do was to play guitar.

Where did the idea for offering online tuition come from?

Serendipity really. I was playing in a band and wanted to make a website for them. And so I learned to do that, found it easy so made a guitar one while I was spending a lot of time in the back of the Mercedes Sprinter tour bus we were using for the Counterfeit Stones tours. We were doing 150 gigs a year so I had a lot of down time to learn to write code, and started coding a website about learning to play the guitar, not really knowing where it was going. I thought it might do a bit of promo for my private lessons but it just grew from there. I got great feedback so just did more and more. Then when YouTube happened around 2002/2003, I started making YouTube videos and it took off. I think I was fairly natural in front of the camera, or I felt comfortable at least, so it grew rapidly from there.

Did it feel like a natural move to wanting to teach music from being a player?

When I first started teaching, I was only 12. I was young but had always liked learning some new stuff. I’d digest that, then teach it. I’ve always taught as I like things to be super organised.

When it comes to learning, I like taking something complex and breaking it down into a lot of simpler things. It’s the same way I teach myself and people seem to like this."

I don’t think it has, it’s been a slow burner and been building at the same rate for six or seven years. I’ve got some exciting projects due to launch so I‘m hoping it will spike again soon. There was probably a lift off in the late 2000s when I was touring with Katie Melua as I stopped touring and focused on the website. I went from being sporadic to being more consistent.

I know the algorithms favour regularity but online is so saturated now, I'm grateful I was an early adopter of the platform. But I still think ultimately, if you create great stuff and show you care about it, then it should crossover. There's no real mystery. You will get noticed if you make great content and are passionate about it. People will watch, notice you and be willing to share it around.

With new players, are there any common mistakes you notice?

You need to realise that good timing is more important than notes.

Even if you can play a million notes a minute, what will get you a good gig is able to play fewer notes with great rhythm and time."

That will enable you to play some great gigs. You need to be able to play in time to perform with a band or jam with other musicians. And playing along with tracks is the best way to perfect your time.

Who are your biggest inspirations?

Usually if I feel stale I tend to go for new things - but Neil Young, Elliot Smith, James Taylor, Crowded House, are my favourites - John Mayber, Mark Knopfler - great players and artists.But as a player, I know that to express myself, I have to be myself. No one is going to be as good at being John Mayber as John Mayer. I need to find me and be creative as possible.

Our new academic year has just begun - do you have any advice for any new guitar students?

Work as hard as you can. You’ll make yourself a great player, no one at the school will. The teachers will give you everything but you need to do it yourself ultimately. You need to do the work to learn how to play, transcribe and everything else. There are so many people who are hungry, you need to do more than them to make it happen.

Visit justinguitar.com to find out more.

Are you a guitarist looking to push your skills and technique to the next level - then why not join us here at ICMP London? Benefit from our small class-sizes, regular industry guests and industry-standard facilities.  Start your journey by finding the right guitar degree course for you, if you need any help our friendly Admissions team are available on 020 7328 0222. If you fancy visiting ICMP, we'd love to meet you at our next Open Day

by Jim Ottewill
October 1, 2019
Creators
Back to Blog Home