We quiz our Creative Musicianship alumna on how her love for Frida Kahlo inspired her new music and more... 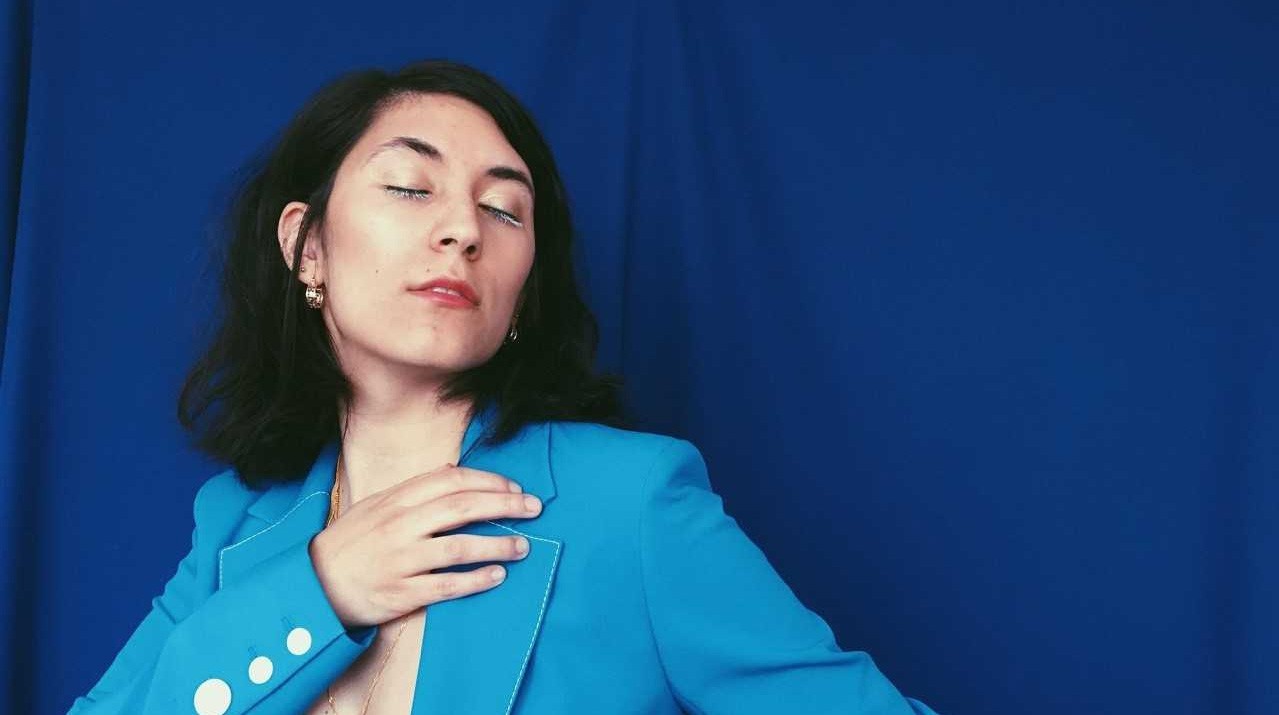 Our vocals alumna Cici Lara is an exciting new artist taking a less traditional path to many with her ethereal R&B.

Completing her studies this year, Cici draws on the art of Frida Kahlo for her latest track, 'Flower Fountain'.

With a video funded by support from the Careers and Industry Hub's Accelerator Fund and now a live act, we caught up with Cici to learn more about her and her otherworldly musical creations...

School was the main reason I started doing music and taking it more seriously. I am not from a musical family, so it wasn't until I started taking lessons at school, when I was around 12, that I really became interested in singing and writing.

What led you to study at ICMP? And how did your time with us shape you?

The main reason I chose ICMP was its location, I had always wanted to move to London and I felt that my style of music (alternative R&B) didn't really have a scene in Nottingham and I didn't see how I could progress there.

ICMP itself interested me over the other music institutes/courses in London, because it was a lot smaller and from the first arrival, I felt that I was valued and seen as an individual rather than a number."

When I first arrived at ICMP I had already released my first EP. It's since taken me three years to release my next single. I think this is because within the course, I met so many different people from around the world, with different influences and different styles. On the course itself I learned a lot about different genres. I wanted to soak this all in which helped me give more definition to my own original sound. Ultimately, it's led me to find a better direction for my music.

How important has the Accelerator Fund been in helping you progress your music?

When creating my music video for 'Flower Fountain', I knew exactly how I wanted it to look, and for me, the visuals needed to be the forefront of the track. I couldn't jeopardise this. I had found the perfect location and needed a camera man with professional equipment to make it look as good as it could.

It was also important to me, that with taking my music forward, I wanted to pay everyone where possible to appreciate the time and their work. The Accelerator Fund helped me to support this, the money given helped me pay the camera man, which in turn allowed me to get some great footage. Which by having a great music video, helped project my music further and grab attention from new audiences, which I hope, will build a bigger following for future releases.

Could you talk a little about your latest single 'Flower Fountain' - what is the song about?

The track focuses on the deep love that kept Frida Kahlo locked in her relationship with Diego Rivera, though their were unfaithful moments on both parts, I reflect on how they were two independent entities that came together full heartedly, but became emotionally turbulent. The lyrics were inspired by Kahlo’s journal that she had written, covering the last 10 years of her life.

How do you approach the creative process - have you a way into your music?

Every song has a different approach, but 'Flower Fountain' was half written when I went into the studio with the producer. I am someone who rarely writes from emotion, unlike most musicians, I write in a more structured way, mainly starting with the outcome first. I knew with this song that I wanted it to be about Frida Kahlo, as she interests me as a person and alongside her work, so I bought the books, and read about her and used her words and emotion to write the song. I mostly begin with a rough message and work from there.

What's the best piece of advice you received about your music?

Figure out your core values, as they are the foundations of your music and how people will connect with you."

You'll be graduating from ICMP this year - what does the future look like for you and your music?

I am going to be staying in London. I just started gigging, so gigging more, writing more, releasing more. Mainly putting together this EP for next year and releasing some singles in between...

by ICMP staff writer
August 20, 2018
Creators
Back to Blog Home