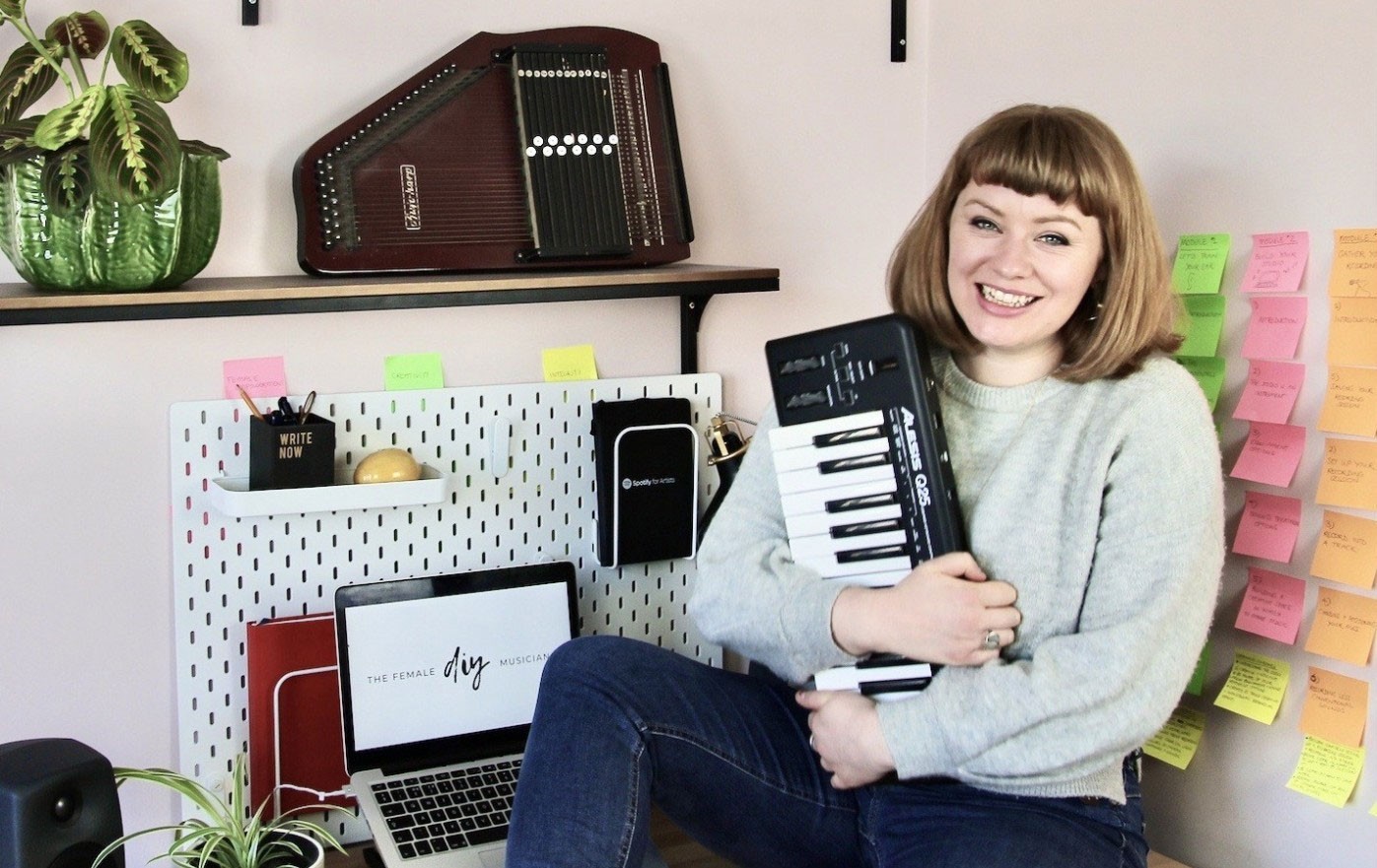 From working as an educator to releasing albums as an experimental artist, ICMP tutor Isobel Anderson has enjoyed a varied and successful music industry career.

Mixing great songwriting with experimental production, Isobel has released a string of successful albums including 2017’s ‘Chalk/Flint’ while performing live at numerous venues and festivals. Her latest endeavour alongside her teaching with us is the ‘Girls Twiddling Knobs’ podcast and, ahead of the latest episode’s release on 17th December, we caught up with her to find out more….

What was the motivation for the podcast?

Girls Twiddling Knobs came about after years of personally making music with technology and teaching music production too.

I was always significantly in the minority as a woman in the room and had so many conversations with other female musicians who felt similarly frustrated and confused by the lack of conversations around this.

There is also a real lack of more vulnerable dialogue within music-tech spaces, and I believe this negatively affects people of any gender.

The podcast aims to not just profile women in music tech, tips and tools to help women get started with recording & production, but also more open, honest conversations about all of this too."

Who has featured so far? And who you plan to invite on?

The podcast launched at the end of November 2020 and so far we’ve had guest episodes with Victoria Wijiratne, who is a film and TV composer and SJae, who is a producer based in LA.

Over the next few weeks we have guests who are academic researchers, studio owners and experimental artists, and many more! I’m truly excited by all the amazing womxn who have gotten involved.

What have been the biggest takeaways from your guests?

Definitely that you don’t need a big, expensive, fancy set up to make professional music. It’s much more about the quality of your ideas and the confidence to just go for it with music tech and make mistakes.

What's your favourite piece of gear/tech to use in the studio?

I love my Genelec speakers because they give me such a reliable sound with which to mix and listen back to what I’m working on. I also really love my RODE binaural mics and Zoom H4n handheld recorder, which I use to make field recordings and then bring back into my recording sessions.

How has the role of the producer evolved?

It’s definitely spread beyond the conventional studio. As gear has become smaller and cheaper, you can do so much from just a domestic space. I believe this has allowed people who wouldn’t normally feel confident in traditional music-tech spaces to start producing music and, in turn, is making the role of producer more inclusive and diverse.

What does the DIY female producer need in their musical toolkit to succeed in the modern music industry?

A minimum set up: laptop, audio editing software (GarageBand is a legitimate first place to start), a microphone (a USB condenser is the most budget friendly option) and some headphones to monitor and mix with. That’s the absolute basics and you can do so much with that.

Then, perhaps even more importantly, a compassionate, curious approach to creating with technology so you can make mistakes and learn as you go.

What would be your advice to any female-identifying aspiring producers? Are there any essential tips you could offer from your own experiences?

Producers need to be mindful of their own self-doubt and how much it can sabotage their confidence with music tech if left unchecked.

Remember that everyone struggles with technology from time to time - it’s part of the process - and to never apologise for giving something a go and just getting started."

What does the future have in store for you and your music alongside the podcast?

I’m going to be taking a break from teaching next semester, so I’ll be making some new music which will fuse electronics, field recording, clarinet and voice.

I’ll also be launching my online course for women, Home Recording Academy, for the third time in February and welcoming a whole bunch of new students who want to learn to record their music from home.

Visit femalediymusician.com/learnwithisobel to find out how to sound-treat your home recording space.

by Jim Ottewill
December 14, 2020
ICMP Life
Back to Blog Home