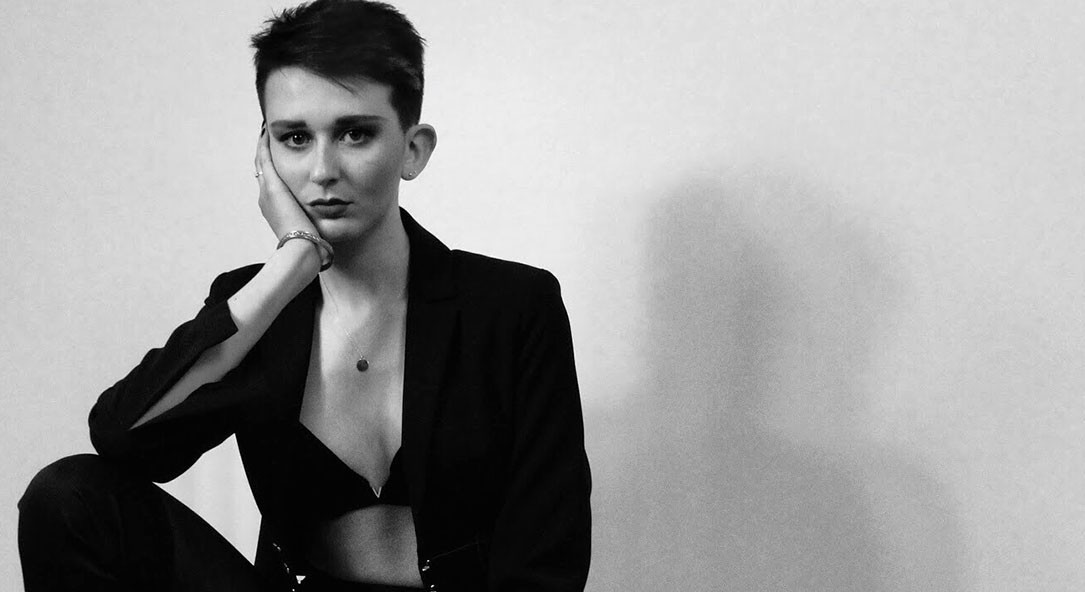 London-based singer songwriter Gretchin is a future star who, when not studying Music Business with us, is clocking up a wealth of streams with her electronic R&B.

With echoes of the experimental sounds of FKA Twigs, her debut tracks ‘The Thread’ and ‘Not You’ have picked up plenty of praise from BBC Introducing while her collaboration with dance duo, Fix8, has just hit the million streams mark.

We caught up with her to find out more about what 2019 has lined up for her...

When did you first start writing music?

I started writing songs when I was about seven. My Dad is a Beatles fanatic so I would strictly listen to The Beatles records when I was younger and obsess over every detail. They definitely inspired my love of writing and playing with lyrics.

How have you found your time at ICMP - what have you learned here that has helped you in your musical journey?

It’s been great! This is my first year but I have already met so many amazing people and have learned so much about the business side of the industry.

I was writing and releasing music independently and I really wanted to learn more about business because I’m currently handling all aspects. It’s been a huge help so far in developing my knowledge of how to handle my career.”

Could you explain a little about the Gretchin project? How did it start and what was the inspiration behind it?

When I wrote my debut single ‘The Thread’  it felt like a real shift from everything I’d been writing before that. It has really set the tone for everything I’ve written ever since and to me it felt like this whole other world: I could really visualise what I wanted everything to look and feel like - which is why I decided to be Gretchin. One of my favourite films is Donnie Darko and I was very inspired by the visuals and the film in general. Donnie’s love interest is called Gretchen so I took that, tweaked it and made it my own. I felt it really encompassed everything I was making.

So many! Jeff Buckley, Amy Winehouse, The 1975 and Fleetwood Mac just to name a few.

You've recently reached the million streams milestone for your track 'Without You' - could you explain a little about the song/collab, how it came about and how do you reach a million streams?

The guys from Fix8 contacted me after hearing ‘The Thread’ on BBC Introducing. They were looking for someone to co-write and sing on the track - so I sent them over some demos and they liked it! The track was released on 3Beat records and we were lucky enough to get a lot of support from Spotify and Apple Music. It’s been one of the top tracks on Apple Music’s A-List Dance playlist for a while, which is great!

What's the best piece of advice you've received about the music industry and your career?

Enjoy the process! It’s easy to get caught up in just wanting ‘the end result’ whatever that might mean for you. But I think in the future when I look back, the working hard and creating will probably be my favourite part so I just try to enjoy it.”

I have just released my new single 'Now' which is the first of four I have planned for this year. I am also working on some more collaborative projects and I will be playing a lot more shows. I think this year is going to be very exciting!

Visit gretchinmusic.com to find out more and listen to her new track, 'Now'.

by Jim Ottewill
February 11, 2019
Creators
Back to Blog Home