We learn about the career of our ICMP alumnus and his life as a performer and in music business... 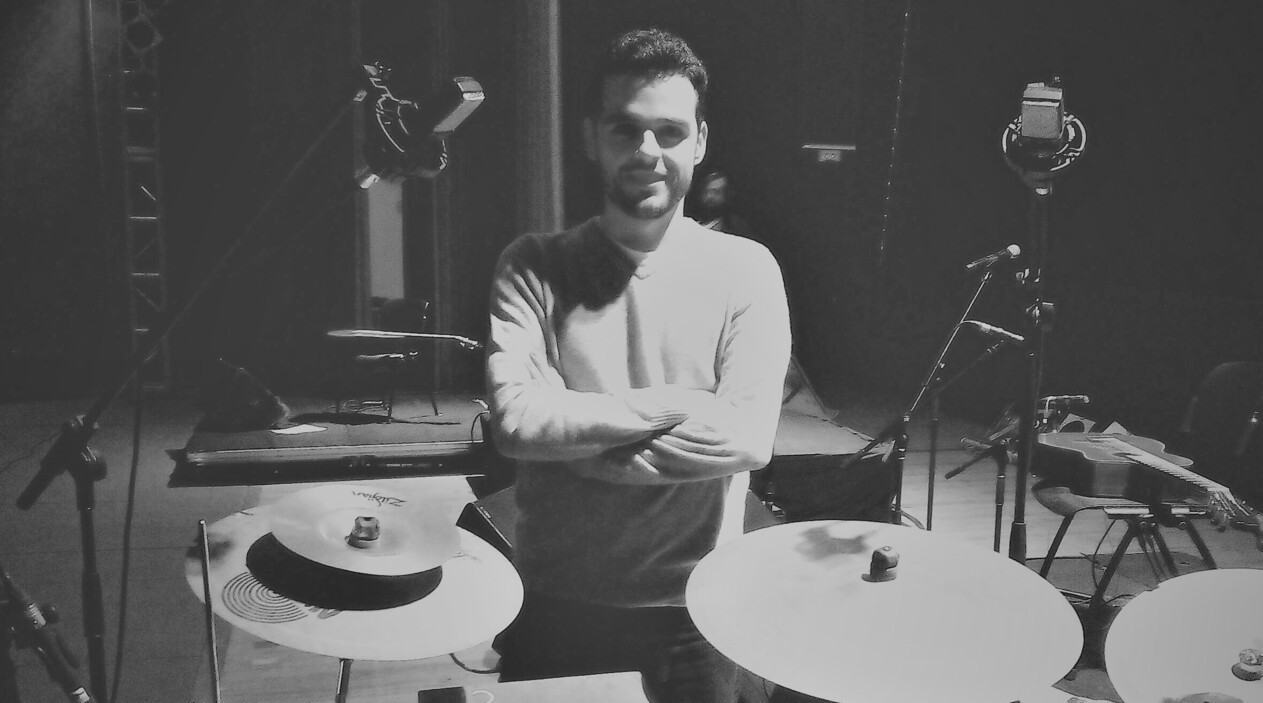 Our alumnus Diogo Melo de Carvalho has led an exciting musical life since leaving our classrooms, as a performer, educator and now executive producer.

From studying drums with ICMP as part of our BMus in Popular Music Performance, he's played all over the world in various bands including his latest project, Al'Fado.

One lucky student who subscribes may be selected for a free strings session with our Budapest Strings Orchestra, to realize one minute of music.

We caught up with Diogo to learn more about the business and his tips for any aspiring entrepreneurs...

How did musiversal start out?

Musiversal started back in 2016 as a Kickstarter campaign, created by founder André Miranda. He was trying to find a way to make orchestras accessible to his fellow music makers. Back then, if you wanted to record with an orchestra, you’d have to fork out $20k for three hours of their time - plus staff and studio hire fees. Recording with an orchestra just wasn’t possible for many. So the status quo was just to settle for virtual instruments and sample libraries.

After stewing on the problem for a while, André discovered there was a way to make it work: what if you were to hire an orchestra for a full day, and only charge composers for the actual time they needed the orchestra for?

That way, he could make each recording session perfectly ergonomic and affordable, and maybe even draw a profit from it at the same time. This was the moment the musiversal “Shared Sessions” model was born and the Kickstarter campaign took off.

The model for orchestras was a success - However, due to the nature of hiring 30+ talented musicians and staff for a session, there was still a limit to how affordable these sessions could be. This was where the musiversal product that we see today was born.

How does it work?

It’s really simple. Imagine having every session musician you could ever need on speed dial, and that you could book a recording session with any of them with the click of a button. That’s how it works in a nutshell!

We call it the musiversal® Studio. You enter a monthly subscription and get a certain number of sessions depending on the tier you choose. For example, our entry tier gives you five recording sessions per month for $99. Or you can pay $199 and get unlimited sessions! With any option, you get to book any of our session musicians, and all of them are among the top session players around the globe.

Right now we have 25 session musicians on the platform, as well as a host of other bookable services like mixing, mastering, beat making, transcribing, arranging and many other production services. Everyone is employed on competitive salaries, and we’re growing the musician community and services every week.

What challenges are you hoping for musiversal to overcome?

Probably the biggest challenge we face is to create an industry that really works for everyone.

There’s the famous expression “you can’t please all of the people all of the time”, and perhaps that’s a foolish game to play, but it’s something we’re committed to taking on step by step."

Firstly, we’re creating stable and well-paying jobs for session musicians. At the same time, we’re trying to remove the barrier to entry for music creators, which means creating a really affordable price-point. Providing both at the same time is something that is often met with skepticism. There’s a cognitive dissonance which leads some to believe that what we’re doing must be unfair or with a hidden agenda. So we often find ourselves swimming against the tide and have to keep reminding ourselves to be resilient, persevere and keep pushing on with good spirit!

Could you talk a little about your time at ICMP? What led you to study with us?

I had the best time of my life when studying at ICMP. I took the BMus in Popular Music Performance (class of 2011), and it was such an outstanding learning and growing experience!

The positive and engagement environment created by the student community itself was probably the most important aspect, as a lot of classes implied a band type of work and to continuously improve one's musicianship with colleagues was paramount. It was about making music with peers and growing with them, like being part of a musical family.

ICMP caught my eye in a drum magazine back in 2010. I always wanted to have a living experience outside my home country, and having the opportunity to do so while studying music was a dream come true! I visited the facilities before starting the course, and was sold by the quality of the course syllabus, the overall staff and the proximity to the music industry that ICMP provides. 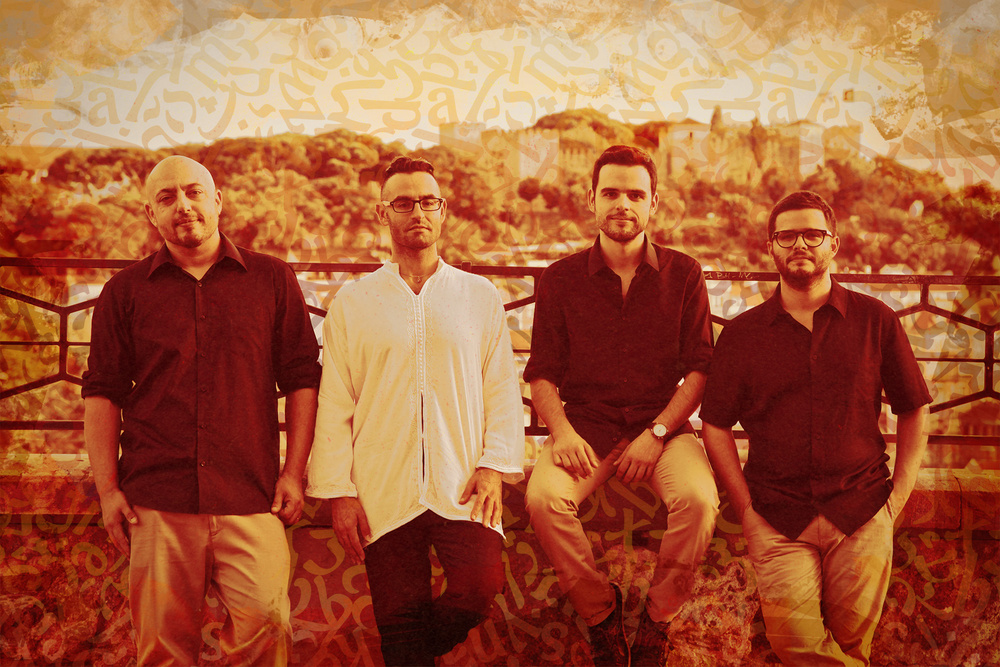 How did you find your time? What were the most important things you learned while studying at ICMP?

"Time" was indeed one of the most important learnings I got from studying at the ICMP. How to better manage my time; what to do with my time; what programs and classes to dedicate my time and attention to; etc. Because the structure and abundance of materials and things to learn/study can be overwhelming, time management played a crucial role in my success.

Then, being among my colleague musicians was truly inspirational. To learn from them on a daily basis was one of the most powerful drivers for my personal growth as a musician. Keeping an open mind for diversity also played a key role, as we were a cohort of students from all around the world.

Lastly, I must say that making myself available to help in any shape or form opened the doors to so many new opportunities. Every time I volunteered for something, something else extra happened! For example, I volunteered to help with drumming at other group classes like Live Performance Workshops, Songwriting BMus, Higher Diplomas, etc, which led me to know dozens of musicians and performing in way more scenarios than what the original plan was if I would stick to "being in my own head". I also volunteered to  be one of the early ICMP studio student engineers, which led to later using the studio to create my own music. And so many more examples...  Putting myself out there helped immensely with my overall musicianship skills and networking.

How was studying in London?

Doing anything in London is like doing anything elsewhere, but adding an exponential factor to it. London means more, bigger and faster - except for the tube, of course...

Studying in London felt like being at the centre of the world's music scene. I was constantly bombarded with gig opportunities, auditions, networking events, etc, coming from both the ICMP as well as my own personal efforts."

This led me to expand my horizons in a way I was not expecting to happen, both musically and personally.

Studying and living in London gave me opportunities that I would not have had anywhere else. Namely, playing at the Barbican with 100 fellow drummers, playing on a TEDx talk, taking part of the opening and closing ceremonies of the 2012 Summer Olympic Games as one of the 1,000 pandemonium drummers, playing at KOKO and one every other smaller music venues/pubs with dozens of artists, recording at RAK studios, writing and producing my own music with musicians from all over the world … all of this you do in London, not anywhere else.

How have your experiences been since leaving us?

Ever since leaving London and coming back to Portugal I've been performing with multiple bands and nationally acclaimed artists, touring every weekend across the country and playing in the most diverse stages from big sized venues to small events. Most recently, my band Al'Fado  released its debut album 'Nasimiento'.

We’ve also toured Israel, Belgium, Spain and Switzerland. After taking my Masters in Music Education I also became a full-time music teacher, and have taught music to kids 6-15, for over five years. And lately I've joined musiversal in the fall of 2019, to help make anyone a music creator!

For any current students or entrepreneurs looking to study with ICMP, what would you advise them?

Do it. It's worth it! Your expectations will be far exceeded, and you will want to grab every single opportunity that passes in front of you. Learn how to manage your time and your energies as the city and its opportunities can be overwhelming. Network with honesty and the commitment to connect on a meaningful level. Ask questions. Show up. Be punctual, professional and passionate. Everything else will come naturally as ICMP will provide you with great tools and challenges, and the city is vivid with music life!

What does the future look like for you and your project?

The future is up for creating! As long as there's health and good will, almost anything can be done. There’s a lot to be done and achieved both at musiversal and in my musical life as a performer. I can't wait to unveil the next chapters.

Visit musiversal.com to find out more.

by ICMP staff writer
March 30, 2021
Creators
Back to Blog Home