ICMP drums student Connor Burnside lets us in on his success as well as how his classes are shaping his musical future... 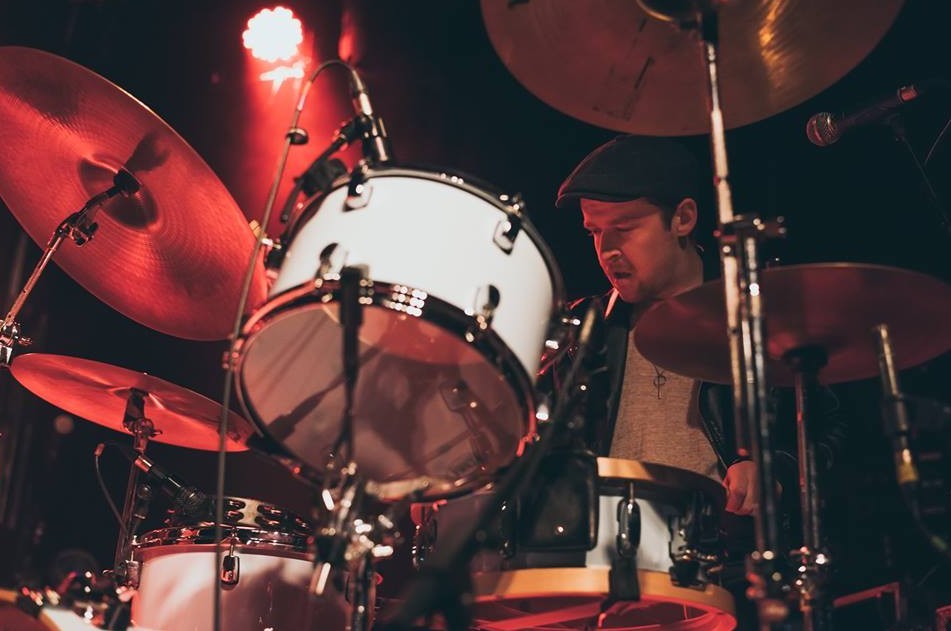 ICMP's BMus drums student Connor Burnside is a player much in demand.

From sitting behind the kit for his brother Joshua, to playing with singer songwriter Alex Francis, Connor is a student making the most of his opportunities outside the classroom to further his career.

His hard work is certainly paying off as the Northern Ireland Music Prize recently named Joshua Burnside’s 'EPHRATA' as its album of the year after some serious love from the likes of BBC 6 Music and more.

Ahead of a scheduled trip to SXSW next year with Joshua, we caught up with Connor to find out more about his experiences, his tips for new players and how his classes at ICMP are helping shape his musical future…

How did you begin your music career?

I began my career aged 14. My first paid gig was with Dr Linley Hamilton (Van Morrison, Paul Brady) an incredible trumpet player and musician. My father would bring me to his shows to sit in and play a song or two, it became a running joke for me to play the jazz standard ‘Cute’ by Count Basie as I looked around six years old. Then he hired me for my first show in the Deers Head, Belfast.

What led you to the drums?

I began drumming when I was 10 years old. My school at the time was a little rough around the edges to say the least but they had a school band. The drummer at the time inspired me in a big way and I decided to learn the drums. My father suggested I get a few lessons to see how I got on. I ended up going to John Wilson (Rory Gallagher, Van Morrison ‘Them’, Eric Bell) and I was hooked. He really took me under his wing and inspired me.

Congratulations on winning the prize with your brother - how does it feel to win?

Northern Ireland has an incredible amount of talent at the moment and you can tell by looking at the albums that were nominated for the award. To be shortlisted was a win in itself but to actually win the award with a debut album was amazing. We always set out to be as creative as possible and create something that we love which I think is very important to do, so to have people digging the work is a great feeling. The Mandela Hall in Belfast was one of those venues I dreamt about playing when I started out so to be able to perform to a full room and with my brother was very special.

You're obviously studying at ICMP - how have your experiences helped shape you and your music? And what would you advise anyone contemplating joining the music college?

It’s given me a real sense of proper practice and direction in an environment which has become a hub for me in London. By proper practice I mean a way of using my time as constructively as possible to get the best results in my creativity, technique and performance.

ICMP has a very diverse range of students which I believe has really developed my skills in communicating musical ideas in different ways to get the best outcomes. I believe what you put in is what you get out, so I would say take all the information you can and really make it your own."

What are your top tips for new players and performers?

I have many!! Haha

What are the most common mistakes made by new drummers? And how can they be avoided?

Over playing can be a problem, learn to play in the pocket. Try picking a simple groove and playing it for as long as you can without any fills or changes. Make it sound as good as you can.

Think about what you are trying to convey with your fills or grooves. Ask yourself is this adding or taking away from the song.

You're also working with Alex Francis - how did you end up getting the gig?

I was in Ireland when I received the call about Alex’s gig from a friend and fantastic drummer Gerry Morgan. Alex was looking for a drummer for the festival season and Gerry recommended myself. I flew back a few days later for the first rehearsal and that was it the shows began. Since then we have recorded in the amazing Livingston and RAK studios and just recently came off the Starsailor UK tour as support.

To end the year Alex’s EP gets released on the 1st December at the Garage, Highbury and Islington and then it’s off to Belfast for a run of shows in the beautiful MAC Theatre with Joshua. 2018 will have some touring, festivals and studio sessions which I am really excited to get started and a trip to the US to play SXSW festival in Austin, TX.

by Jim Ottewill
November 23, 2017
On the radar
Back to Blog Home