Our BMus alumnus tells us how his time at ICMP turned him into an award winning visual media composer... 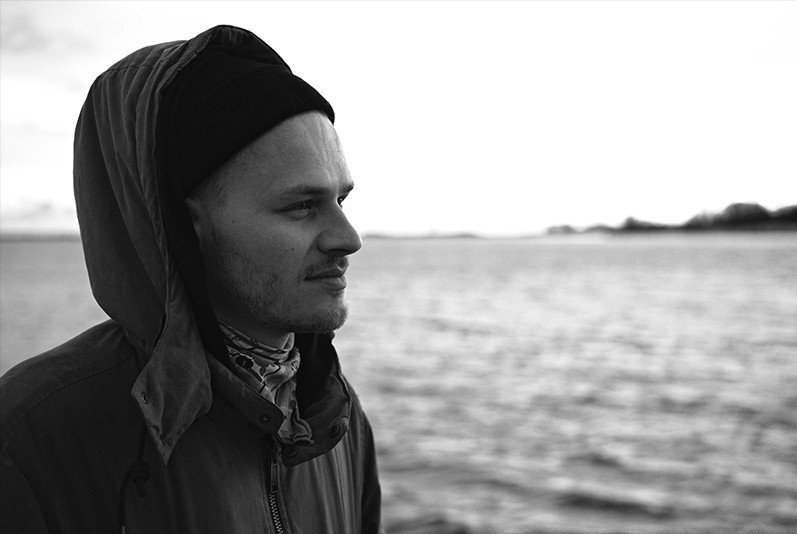 Studying music in London at ICMP can lead students on myriad musical journeys, as our BMus alumnus Oliver Wegmuller discovered.

Originally joining us to improve his skills a a guitarist, he took modules in arrangement and composition with tutor Audrey Riley that opened up a whole new exciting world and career as an acclaimed visual media composer and sound designer.

So far, Oliver has worked on numerous award-winning projects such as the tragic short film, 'The Box - A story from Syria', video game 'Too Many Cooks' which featured at this year's SXSW and the interactive audio-visual experience and award-winning'TACENDA'.

We caught up with Oliver to find out more about how he was turned onto sound design...

How did you begin your musical journey? Was there a person or record who first started you off?

My dad had a pretty extensive record collection with old classic rock bands from the seventies and eighties, which I guess caught my interest as a kid, but somehow I ended up playing classical piano for quite some time until I dropped it and picked up the guitar instead in my teens. At that point I didn't really appreciate Bach or Mozart and I was rather listening to bands like Red Hot Chili Peppers, Van Halen and Guns'N'Roses. I think ‘Hybrid Theory’ was the first album to which I knew all the lyrics to every song though.

What inspired you to work in the world of sound design and multi-media?

Well I’ve always been a film addict, but I never really realised that writing music for media was an option for me until I was introduced to Audrey Riley and Maurizio Malagnini. So I guess they were the ones that really inspired me.

What led you to study at ICMP - and how did you find your time with us?

I was doing my final exams in Finland and wasn’t really sure what I wanted to study. Music was just a hobby at that time, so I hadn’t really planned on moving to London to study music, but I sent in an application without too much contemplation, did the audition and to my surprise I got in. I definitely enjoyed my time at ICMP. I’ve never been too hard on studying or practicing, but ICMP gave me lots of opportunities outside the school environment, which is exactly what I hoped for. So while I was studying I was gigging, touring and doing session work for various artists, but in my second year as mentioned earlier, I was introduced to Audrey Riley and Maurizio Malagnini. It kind of changed everything.

What was it about the modules from Audrey Riley and Maurizio Malagnini that were so inspiring?

I guess it was more the whole world of composition and specifically composition for media, that was completely new and quite intriguing to me. Also the fact that they both seemed to have a genuine love for what they were doing was really inspiring. Ultimately they were really great lecturers.

What is it about the worlds of sound design and composition that attracted you?

You were at SXSW earlier in the year - how were your experiences?

SXSW was amazing! I was there with a video game 'Too Many Cooks' which I had done the music and sound design for.  It had been nominated in the video games part of the festival, which gave us access to the whole festival. So I mainly went to all the film festival events. Lots of screenings, friendly people and events in general. Austin is an amazing town, so if you have the chance to check it out, it's a great experience!

You worked on the award winning 'TACENDA' - could you explain a little about the project and how it came about?

I was recommended to Jai Bunnag, the developer/designer of 'TACENDA' and we met up to discuss the project, which was an interactive audio-visual storytelling experience, more than a game really, that was heavily relying and focusing on the sound and ambience in general. It presented real life stories on a virtual train ride, using audio sourced from the BBC’s Listening Project and presented the true lived stories of people from a variety of backgrounds as bite-sized chunks, designed to be contemplated over the span of a real-life train journey or commute.

How did you get the gig working on 'The Box'?

I’m not sure if I was recommended or if the director had heard or seen any of my previous work, but she got in touch and I was really keen to be part of it.

What is your favourite film score?

I personally love ‘American Beauty’ and could never get tired of Thomas Newman’s amazing score for it. It’s just perfect. Another film score that recently blew my mind was Abel Korzeniowski’s score for ‘Nocturnal Animals’."

How do composers set their rates for each project? This seems like quite a tricky issue, especially when new to the industry...

It all depends on the project really. Adverts tend to have quite high budgets, while small indie games or shorts might have slightly less to work with. I usually ask what the director or producer has in mind and if I’m happy with that then happy days, otherwise you just start negotiating.

How do you find work? Is it a case of recommendations or do you have to get yourself out there and pitch?

Usually through recommendations and people you’ve worked with in the past, but I like to attend festivals or conventions where I’ve worked on a project, which is an easy way to meet new people.

For any aspiring composers and sound designers, what would be your top piece of advice?

Go out and meet people and be open to anything.

I'm starting a new short film next week and am waiting for the schedule for another indie game right now. I’m also currently in the pre-production phase of a potential new project with a slightly longer commitment, negotiating and discussing ideas. So I guess we’ll see what happens!