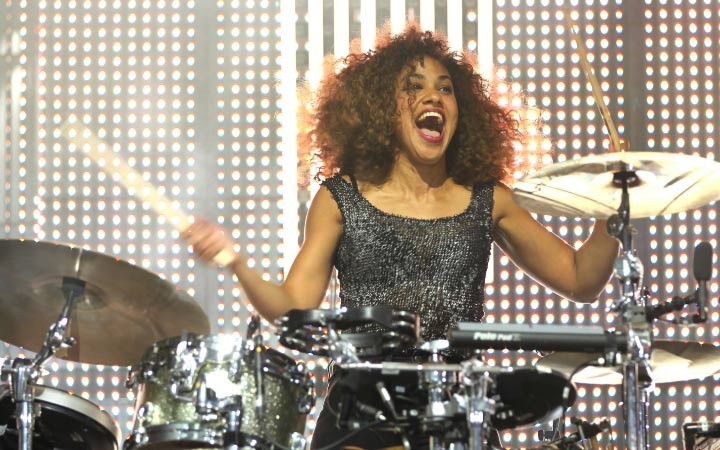 How does it feel to be named an ambassador for the scholarship?

I’m really honoured to be asked to take this on. I’m very excited about it and receiving the recognition to be in a position to be an ambassador to help someone kick start their musical journey.

It’ll be a great opportunity for a young musician, and give them the skills and knowledge they need to be a successful performer. If they have this great start and combine it with their talent, it’s a really exciting route into the industry and there’s no reason why they shouldn’t be a success.

Music colleges are a fantastic breeding ground for creativity and help inspire them. When I was starting out, I wish there had been more music education options. 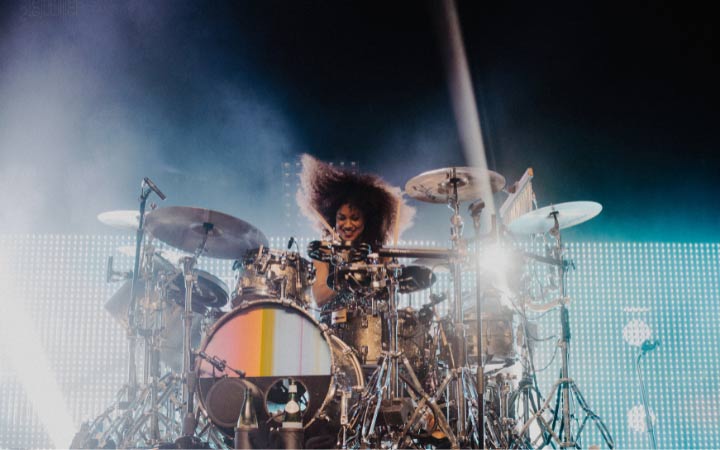 I started playing drums when I was 11, at school. My first big break was when I was 17, I got signed to Polydor as part of this girl band called The Faders.

With them, our first single reached number 12 in the charts, then the second one reached number 20, so we did a lot of touring - this was when you would appear on Top of the Pops, CD:UK, we were all over magazines and TV. That was my first break, we were a bit like a female Mcfly, this pop-punk kind of band.

From there, I made sure I was visible in the band. After the Faders ended, I went for a chat with a guy called Mika and that was my first big session playing break - I was 19 at this point.

I met him, got on really well and this was before he had released anything. We went from supporting the Feeling at the Borderline to playing in front of 60,000 people in Paris within the space of a year. We toured the world for some time.

Was it a natural progression to continue working together?

We grew together - the Mika gig enabled me to get more session work. I learned my craft with him. We were playing together for a long time and it was an incredible experience at that young age.

How did your career progress from there?

I’ve been really lucky with the kind of opportunities I’ve managed to land. My career has been very organic. After Mika, I got the gig with Bryan Ferry, then also at the same time I started playing with Paloma Faith. It was mental to try and do both - then with Simple Minds, they were really big Roxy Music fans. I was with Bryan for about five years, and did three albums with him. Basically, one of his producers, he’s good friends with Jim and Charlie from Simple Minds. They wanted a percussionist for an acoustic album they were working on and asked for recommendations. I was on percussion to start with.

I got the call from Simple Minds’ producer Andy Wright. I went to their studio, met them all, got on and we recorded an album. I met them, went straight in and did it.

They then asked me to come on the road with them. Then I started playing on the acoustic tour with them. I was playing a bit of drums and percussion too. It’s just gone from there.

What have you learned from these experiences?

You learn something new every time you work with someone. The thing is that everyone is different. Your job is to translate what a band or artist is looking for. As a session player, you’ve been hired to create the artist’s vision. You’re trying to collaborate on this with them.

I think being flexible and being open is important. The other thing is that you will be hired for your ideas and creativity. I’ve learned to be more confident with my own ability and also the different ways in which different artists interpret ideas.

You get these different approaches to music which has made me more creative and open. I guess it’s all about improving as a musician across all these different projects.

What have been the biggest challenges you’ve faced?

There have been a few over the course of my career. The obvious one is that I’m a girl and there are a lot of misconceptions about what female musicians are capable of. I know that when I walk into a room, even now, I have to prove myself.

I’ve used this as a motivation to work harder and play better. I worked with an amazing drum teacher called Mike Dolbear, he once told me: “Let your playing do the talking”. It inspired me to be the best player around, and more than able to do the job. That way my gender doesn’t matter. I just see myself as a drummer rather than a female drummer.

I’ve also got a stutter which I’ve had since I was a child which can be challenging. Being a musician, you have to do interviews and talk - this can be quite hard - the drums have helped me beat this, the instrument give me confidence to help me overcome my stutter. 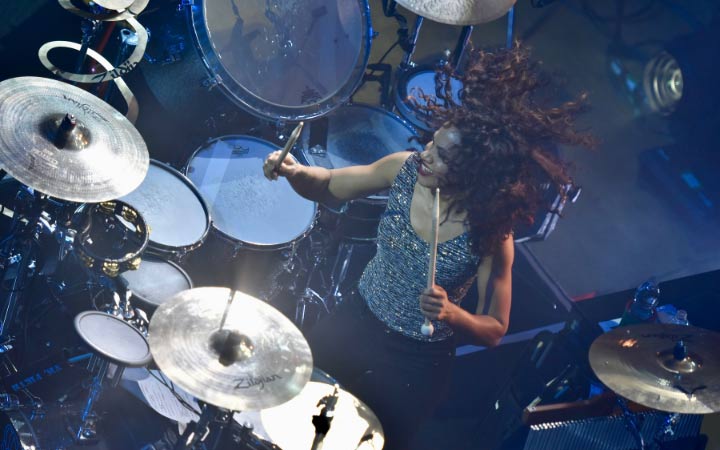 Has the gender question moved on?

When I first started with Mika, I was one of the first female session drummers. There weren’t many around. But now, it’s more widely accepted to be a female musician and it’s more common for them to feature in bands - look at Hot Chip or Bloc Party, there’s a huge list of artists with female percussionists.

At the same time, I still feel you have to be great and prove yourself more than men.

What would be your top advice for new players?

It sounds obvious but put the hours into your instrument. With any job, it takes hard work. Finding a good teacher is important, Mike has helped me throughout and made me a better player.

Play with as many bands as you can, in as many styles as you can. Get out there and explore different styles and techniques. Live and breath music. Listening to great music is also very important too, being a fan can be as crucial as being a player.

Having said that, you need to enjoy yourself too - and hard work doesn’t feel like it if you love playing and performing. The whole point is enjoying it and if you’re not, then there’s no point.

I was meant to be on a world tour but I’m in London. I’m hoping to be back out on the road with Simple Minds next year, we’re on an arena tour of Europe. This will be the whole year Covid permitting. There will be a new album too out at some point.

by JIM OTTEWILL
November 11, 2021
Insights
Back to Blog Home