In the first part of our interview with ICMP guitar tutor Charlotte, she talks us through her first steps in the music industry as a young woman... 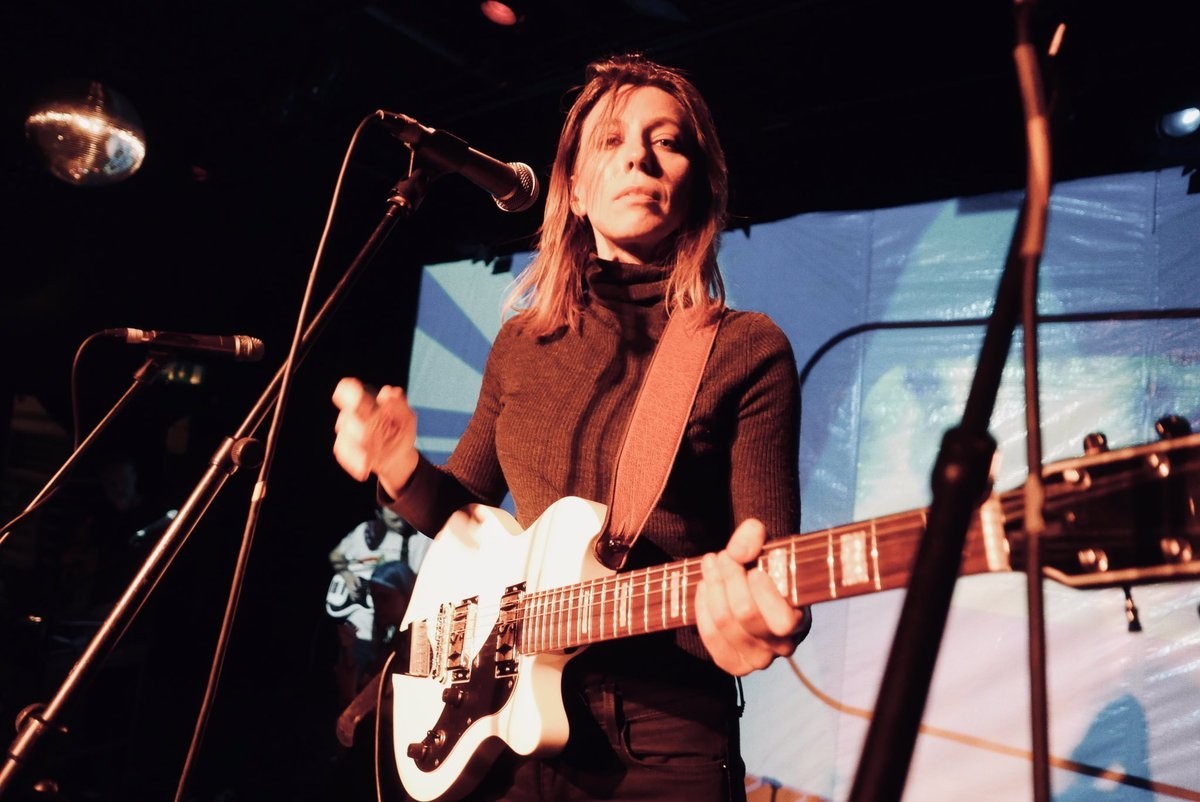 She's a guitarist, singer-songwriter, composer, musical director, sometimes DJ and now tutor at ICMP. As a talented and successful woman in the music industry, Charlotte has many stories to tell.

We recently met with Charlotte and had a long chat about her diverse and outstanding career. In this first part of the interview, we discuss her early days as a young girl in the business, the nineties, noughties, and her success with Britpop legends Ash.

When did you realise you wanted music to be part of your life?
I first really got into music when I was about 10 and started piano lessons. I kind of hated them at the time, but in hindsight, I'm really glad I had that theory foundation, as it's helped me throughout my career. I then moved on to playing guitar because of my sister. I have two big sisters and they were both musicians; the eldest is eight years older than me, so when I was 10, she was 18 and in a band. When she went to university, she left me her guitar and that was when I started to teach myself how to play.

I then started having guitar lessons and was taught the blues and improvisation. At 15, I joined my first band and it all went out the window... It was all about playing rock guitar.

I grew up with the Beatles, like everyone does, but when I discovered David Bowie, he introduced me to a whole new world of music. 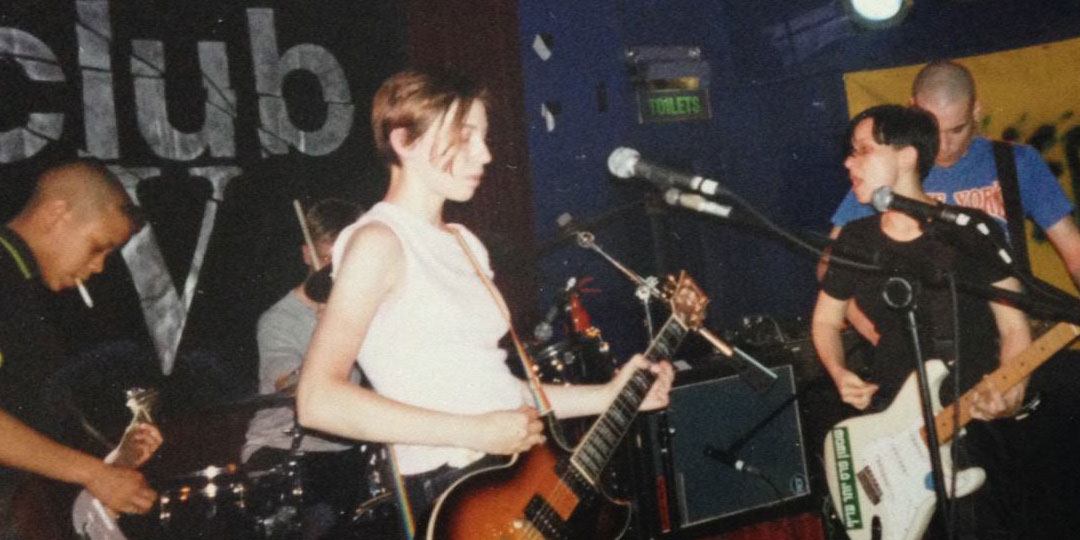 You were very young, only 15 when you joined the indie band Nightnurse. How did you get involved with them?
I answered an ad in the back of the NME for guitar players, which now seems very quaint. Back then, I was obsessed with the NME and Melody Maker, so every Wednesday my dad would bring them home from work. I saw this ad and called the number up. On the other end there was this Israeli woman going by the name of Ellyot Dragon who asked me what kind of music I was into. I said I liked Blur and Oasis - Britpop was huge back then - and she replied: “Well, this has nothing to do with Britpop”. “Oh, I like David Bowie, too," I added, and she agreed to meet me. I auditioned, played some Bowie and Jimi Hendrix songs, and that was it: I had joined the band!

With Nightnurse we were rehearsing at the same place where Blur, Pulp and Elastica used to go. So I found myself sharing this space with some of the bands I used to see in the NME and Melody Maker! There was a good vibe; we would regularly meet and hang out together, and this is when I met Ash for the first time. I was so young and inexperienced, but it was really a creative, inspiring time. Spending two years with Nightnurse meant I was able to get my foot on the very first step of the ladder, playing small venues in London and learning about the basics of being in a band.

Britpop seemed to be very much about 'lad' culture and was huge back then. How was it as a woman joining an all male band?
I may only have been a girl when I first started playing guitar but nobody ever told me I shouldn't play guitar because of my gender. It was never an issue, even when I joined Nightnurse, as the singer was female and she played guitar too. Lots of the bands we liked and played with also had female musicians.

So, going into Ash, it wasn't really something I thought about, but as soon as I joined the band, it suddenly became a big deal. Most magazines had headlines saying: "It’s a girl!". I think that was a lot to do with the fact that they had this reputation for being completely debauched party drinkers. People just couldn't quite get their head around where a girl would fit into that equation.

I never thought of the fact that I may be used for an image boost. I thought they wanted me in the band to expand their sound as a three piece. Originally Ash wanted to sound like Nirvana, but then Tim's (Wheeler, the singer, guitarist and lead songwriter) pitch to me was: “We want to be like Weezer. We want a big rock sound, we need another guitar player”.

Eventually it kind of turned into an issue that caught me by surprise. It was a bit difficult to start with, also because of their massive female fan base. A lot of them thought I was Tim's girlfriend ... during every single interview I got asked which member of the band I wanted to sleep with! It quickly became quite obvious that people weren't actually interested in the musicianship; all they cared about was the image which was disappointing.

You spent quite a few years with the band. What was the highlight of your career with Ash?
It was definitely releasing 'Free All Angels', the second record I was with them for. It went to number one! The previous album, 'Nuclear Sounds', was a relative disappointment as it didn't do as well as the first record. But for me I was just pleased to feature on my first Ash record.

With 'Free All Angels' we toured the world,  which was definitely another highlight. When I was 19, we went to Australia, then Japan - my first trips to both countries. That was Ash's first number one album and it really felt like a great achievement for all of us. By that time, I felt like my contribution to the band was important too. It was a special time.

The day Free All Angels went to No 1. We’ve all got cute medals. Picture taken by my dad.

With success, I suppose, you felt a bit of pressure. How was it to go from being in a relatively small band to that?
When I joined Ash I was just about to turn 18 and that was a huge change in my life! Suddenly, I went from playing very small venues in London to huge festivals in front of thousands of people. We toured the world and for long stints away from home. I had never left London before then, ever. It was a shock, but I like to compare it to going to university. Most people at college are away from home for the first time and suddenly they have all this freedom. You drink a lot, you party a lot, you lose your mind. And that's exactly what happened to me. I'm really grateful it happened before social media!

I was very insecure and shy back then. It took a long time to find my place within the band. I struggled to communicate with the boys, also because we were from very different places in the world. They were Northern Irish, I was from London, and had a very different family background. There were certainly times where I felt very lonely, especially traveling the world as the only girl, because I wasn't just the only girl in the band. The tour manager, the whole crew, the sound engineer, the monitor, engineer lights... they were all men.

Most of the time I was the only girl on a tour bus with ten men. And that was the way it was for eight years! There were never any other women around. I think you take it on the chin when you're younger. And it didn't start to really bother me until I was maybe in my mid-twenties. Then I started to think: “Okay, now I feel like I need a change”.

Read part two of our interview with Charlotte where she moves onto discuss establishing herself as a solo artist and musical director.

by Lara Magnelli
November 13, 2019
Creators
Back to Blog Home