Our alumna shares her journey from our classrooms to the world's biggest stages... 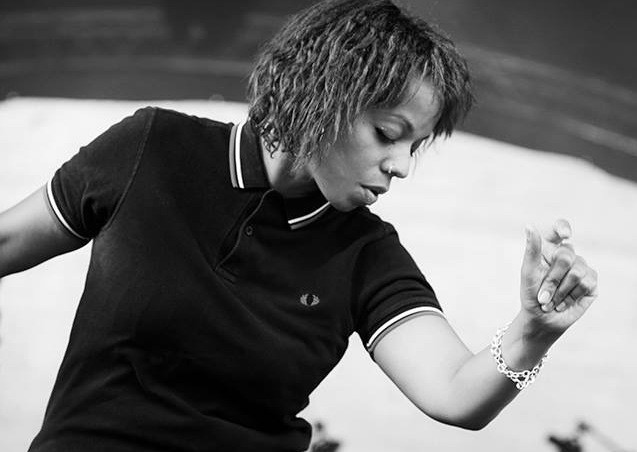 From punk singer to musical educator, Carrie Griffiths has enjoyed an exciting and varied musical career.

Studying with us in the late 2000s, Carrie's musical journey has seen her tour and record with ska outfit Buster Shuffle before taking on a PGCE in 2013, then launching her own business to support vocalists and public speakers.

You can read her essential advice in our previous blog. Below, we trace her career from our classroom to some of the world's biggest stages and beyond...

How did you start your musical journey? Was there a person or song who first inspired you?

I wanted to be a dancer as a child. My mum and grandad had both been singers, though my grandad died before I was born.

There was always a lot of music in the house growing up; two of my uncles lived with us for years - one played guitar, the other played bass, and their friend played drums. My dad also played guitar and my aunt was married to a session guitarist!

I first realised how much I enjoyed singing when Mariah Carey released her first single, ‘Vision of Love’. Before that I enjoyed singing as an accompaniment to dancing but this was the first time I'd really sung for the joy of it. I think I was 15 then. But it wasn't until I was 24 that I REALLY started singing - a lot later than most singers.

What led you to study with ICMP?

I first studied a short part-time course back when it was still part of the X Schools (Vocal X). That was way back in 2005, I think! After that I auditioned - unsuccessfully - for the degree three times before I managed to get the money together to do the last term of the diploma in 2008. Then I was finally accepted to do the degree and started in October 2008.

Could you talk about your experiences learning with us?

Intense. The diverse mix of lecturers made it a really interesting place to learn. The Live Performance Workshops were a really great opportunity to learn stagecraft and how to communicate with other instrumentalists.

There was always space to make mistakes and the feedback and guidance was always on point.

The depth of learning and synthesis of the lesson structure is something I still refer to when I plan my courses and lessons over at South Thames College, where I am course leader for music performance."

There was always lots going on outside of timetabled lessons. Masterclasses with the world's top musicians, composers and other industry experts, opportunities to audition for large contracts, performance opportunities in local and national venues - not to mention really supportive students across the board. I am still really close with a number of the friends I made here and so many of them have been successful in the music industry since leaving.

What happened after you completed your studies? Could you talk about the moves you made next?

Wow - where to start!

When I left ICMP, I was in a band with one of the other singers from the college. We were gigging around the south east of England and building a good following. We were noticed by a ska-punk band who were really getting big over in Europe and were looking for backing singers. They asked us to jump on board and I ended up with them for the next five years! It was great for me as I had always been a fan of punk and of reggae, so I soon found myself sharing stages with, and becoming friends with, a lot of the people I had admired growing up - we even had a number one album, above Bob Marley, who was number two that week!

While I was in that band I started teaching singing on a more serious level - I had previously taught in youth clubs.

In 2013 I completed my PGCE and started teaching part-time in various colleges and training organisations, with all types of musicians from typical further education college students to young offenders, ex-offenders, refugees, unplaced minors and musicians with mental illnesses. I started teaching full time at South Thames College in 2017, reducing to part-time when I became the vocal director for a luxury cruise company in 2018.  Now I teach part time at South Thames and run my business teaching singers and helping people improve their speaking voices.

You've toured extensively around the world - how do you maintain good vocal health while on the road?

When you're on the road, it's all about discipline. Let's keep it real, it's no secret that there is a real ease of access to stuff that isn't very good for you."

I have never smoked so that has always been a big bonus, and most of the people in the band gave up over the years. We always had a policy of staying in non-smoking rooms and not allowing people to smoke in our dressing rooms.

I'm not going to lie and say I didn't drink a lot, but I always drank a LOT of water and I would detox when I returned from a particularly difficult tour.

As I don't drive, I always had a chance to sleep a lot on the tour bus and that definitely helped. And of course, ALWAYS warm up properly before a gig. It's just not worth it to neglect your warm-ups on tour - I learned that the hard way!

Could you talk a little about the chart-topping records you've performed upon? What were these records? And how did you land these gigs?

These were with the band I was in, Buster Shuffle. I had the right look - I was wearing Fred Perry polo shirts, Doc Martens boots and I had a feathercut, so I fit the bill perfectly.

What projects are keeping you busy at the moment? And what does the future for you and your music look like?

I have stopped performing now and I am focussing on my business. It can be quite difficult to make teaching an actual business, but that is what I am learning to do. I have even hired one of my previous students, who has just completed the Vocal Performance Diploma at ICMP, as a teaching assistant and I have another previous student on the horizon who will be another teaching assistant so that I can put more of my energy into the business side of things.

I am also building a reputation as a vocal coach for professional speakers, and I am building my own career as a motivational speaker, so I am just as busy now as I always was!

Writing music never came easy to me, I was always more of a performer, so I am more than happy with the direction I am going in...

by ICMP staff writer
July 21, 2020
Creators
Back to Blog Home