Our Music  Business and Entrepreneurship student tells all on his globe-trotting career in live music and tour management... 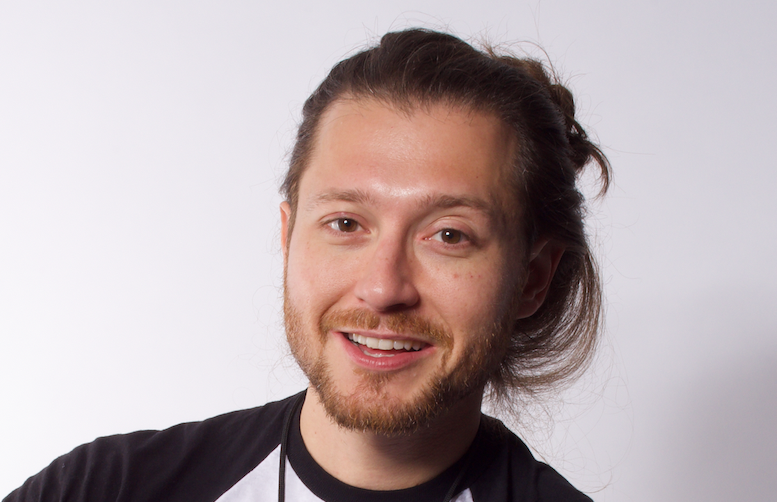 "I was touring with Phil X, Bon Jovi’s guitarist and we had to change plans at the last minute. We had dates in the UK, then in Europe and the tour started on 1st March 2020. When the tour kicked off, we didn’t know much about Covid…"

ICMP Music Business and Entrepreneurship alumnus Carl Casagrande is discussing how his career as a tour manager for some of the biggest guitar bands and artists on the planet came to a sudden halt thanks to the pandemic.

Originally hailing from Brazil, this mature student has been working in the industry for his entire life, playing with and working with various top bands until he was drawn into its inner-workings.

Here, we catch up with him to find out more about his career and essential advice for anyone wanting to follow in his footsteps in the world of live music…

How did you start your industry career?

I’ve been in bands ever since I was younger, but it’s always been down to me to deal with the business side.

I was in one group around 2013, I was a little older than my band mates and we were building up a decent profile. We had the agent, the management in place and were about to embark on what I thought would be a career-defining tour. But the others pulled out and didn’t want to do it. We had big tours lined up and it just didn’t happen. I didn’t know what I was going to do.

At the same time, this Brazilian band, Angra who I was friends with, they invited me to do their tour management. I basically switched and I’ve been doing it ever since, among many other things.

Why did you choose to study at ICMP?

I currently live my own life at the moment, I’m very lucky that everyone I know is in great health, I don’t have many responsibilities. I’m free to push through my own dreams. But in ten years time, will this be the same scenario?

If I want to make a living as a tour manager, then I need to be out there.  I thought that if I wanted to change this and get into an executive role at a label, agency or publishing company, then maybe a music business degree is what I needed. That brings us to where we are now.

I tend to have some level of luck so for me, Covid didn't hit me too hard. Alongside ICMP, I do other things too and I managed to get by through the online teaching and assignments. Studying gave me a sense of purpose during the pandemic. 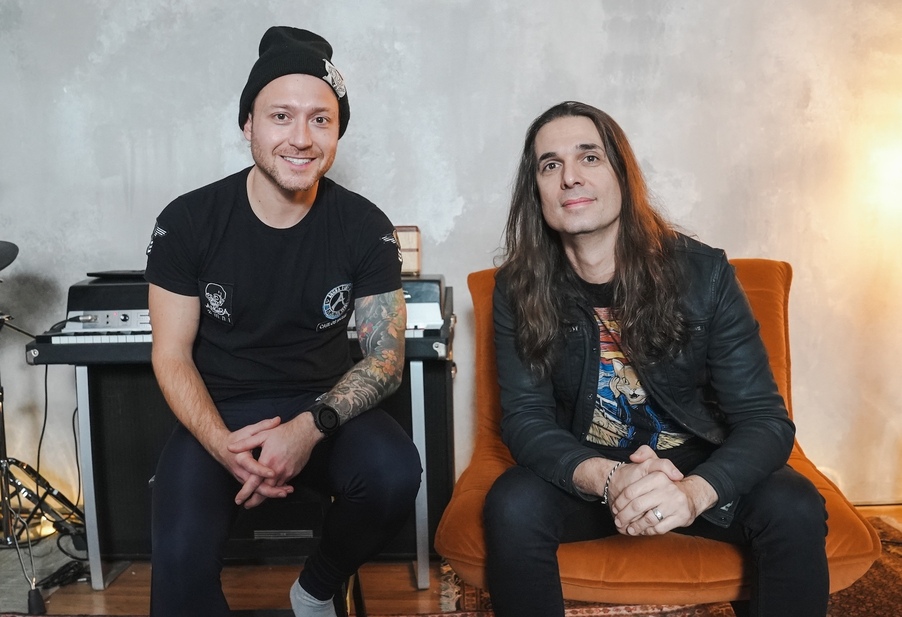 What does the rest of the year have in store?

I have a bunch of dates with Angra. Then I’m doing some stadiums with Ego Kill Talent who are supporting Metallica. We finish shows with them, then we do many of the major festivals in Europe.

There are also more tours lined up towards the end of the year, as well as recording in America.

You do other work alongside your touring - how does the variety of activities you participate in influence you?

I'm a runner too. So every day is different and full of opportunities. I co-ordinate a running club here in London which is owned by a Danish craft brewery called Mikkeller. We’re going to go on tour and make a beer - and maybe they would be interested? I work for an arts centre as well. I was furloughed from this during Covid. So I'm lucky enough to have this portfolio career which keeps me sustained with interesting projects.

What characteristics do successful tour managers need to have?

You need to be highly organised, you need to be able to deal with several things at once. I liken it to keeping different tabs open in your head. The key thing is not to forget anything and be able to adapt at very short notice."

For example, you might be dealing with the guest list, the guys in the band have texted you saying their girlfriend is bringing someone, can you add them? But you might also be dealing with the equipment, so someone needs to get to the shop but you need to get them money to pay for something. You can be in a situation where countless things are happening at once.

Being able to communicate well is essential and don’t take anything too personally. Today, you are dealing with someone in Paris, then tomorrow in Germany, so different cultures, ways of working, talking - when the language someone speaks in is not their first, then they might speak to you in a tone that might sound off - but they don’t mean that.

How important is your relationship with the artist?

As a tour manager you are closest to the artist - and if the artist doesn’t like you on a personal level, it will be difficult to maintain the job in the long-term.

You can be the best tour manager, but if the artist doesn’t feel they have a great connection with you, they can't trust you or talk about their personal life to you, share with you, or feel looked after - you won’t last long. 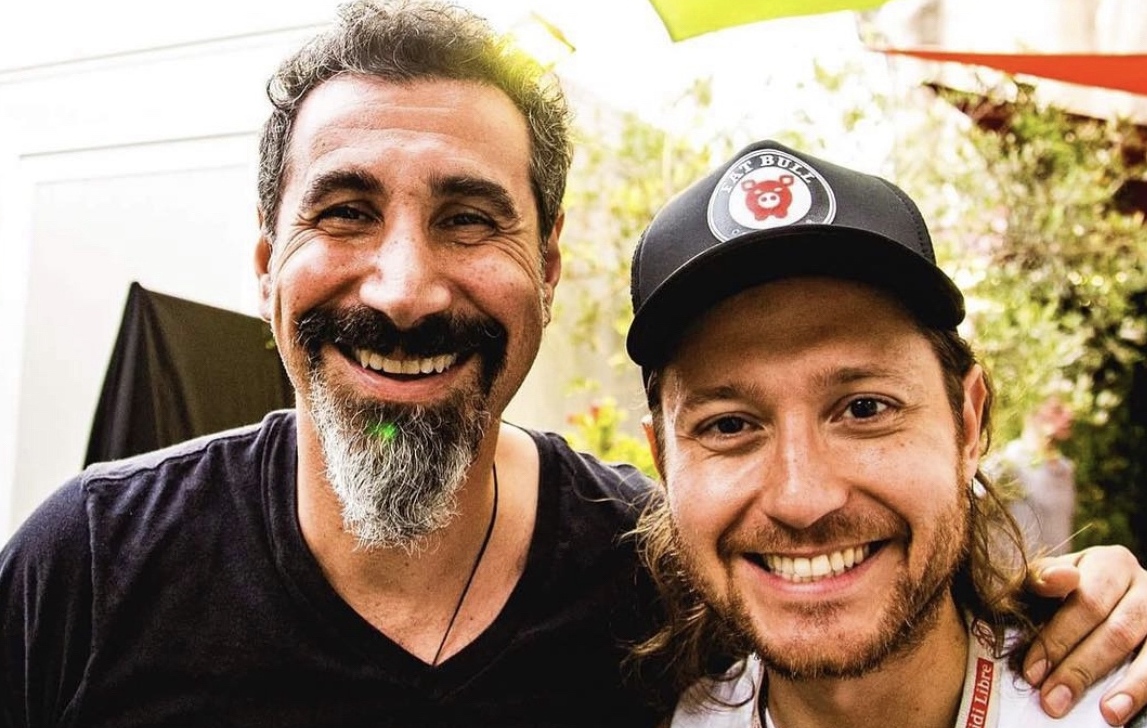 Carl with Serj Tankian (System of a Down)

What do you do as a tour manager?

At entry level, the tour manager is dealing with everything. From production to logistics but as you go up the ladder, the bigger the team. You will have a production manager just on one side of the team.

When it comes to working at a higher level, my life is easier as I just need to make sure the band is going from a to b and getting to wherever they need to be on time.

What's your top advice for anyone embarking on this kind of career?

It’s about life experience and the bond you create with the band is so important.

There are a lot of different things you have to have. I got into it through friends who knew me from years before, they knew my character and I could be trusted,.

I work with bands - there are five people in the band - I’m friends with all of them, and there will be one or two who I’m very close to. They talk about each other.

I have to be able to be impartial yet still suggest ways to get on and resolve and mitigate, You’re like a psychologist as well. It’s all part of the job."

Are you excited by the future?

Yes, now we’re coming out of Covid, I’m emerging with a degree which is amazing. Speaking with the people that I work with, to them it's all about education and I'm only adding more strings to my bow by doing this at this level.