We profile some of the best work of the legendary producer, remixer and DJ… 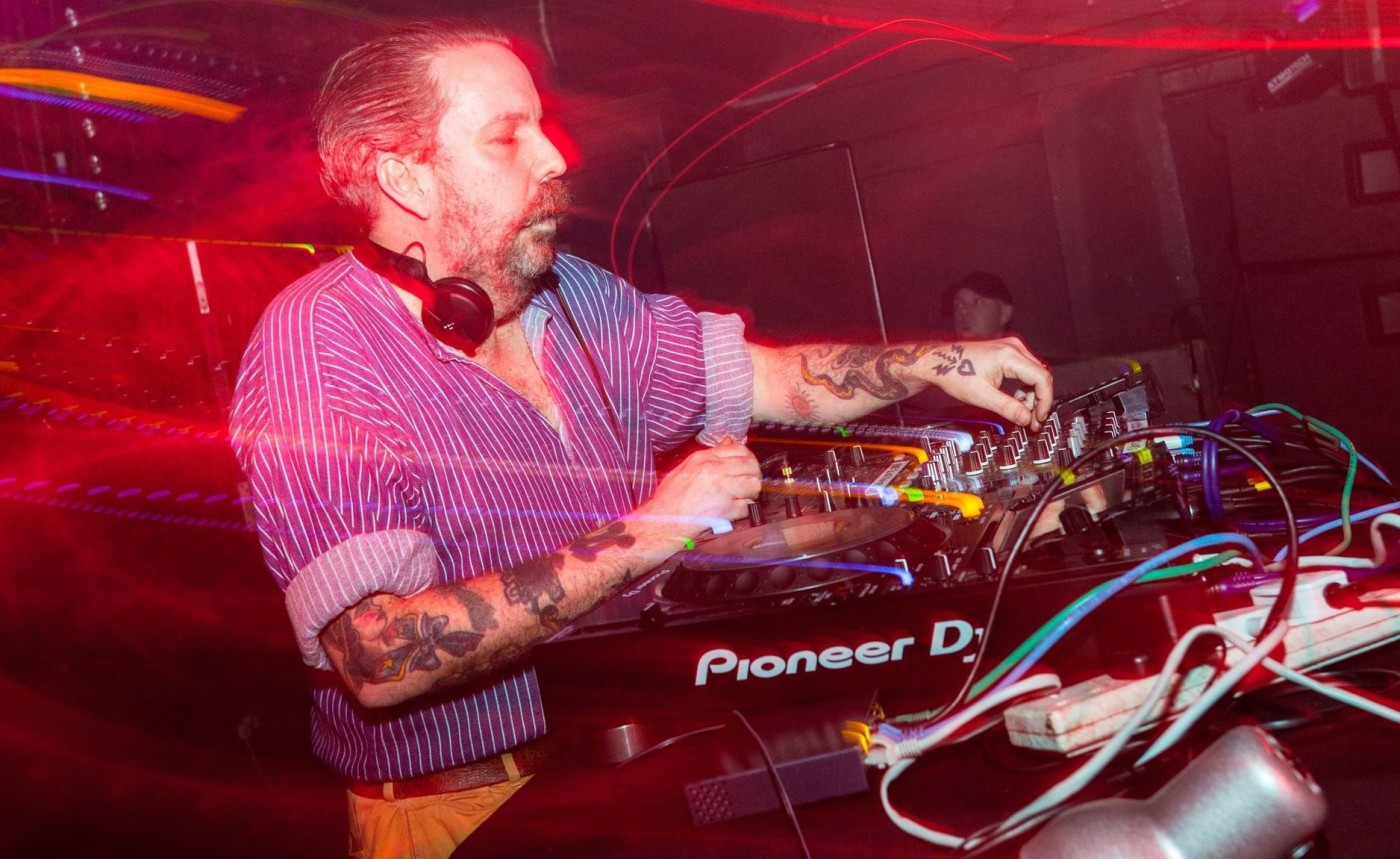 As a DJ, producer, artist and remixer Andrew Weatherall is one of the most prolific and iconic, a creative whose music has had a huge impact on defining the UK’s contemporary music scene.

Emerging in the mid-eighties in the wake of post-punk, Weatherall first came to fame via DJ sets during the early days of acid house, playing at key clubs and nights such as London’s Shoom and helping ride the wave of ecstasy culture as dance music exploded out of the capital and across the country.

His most culturally defining work was with Glasgow indie outfit Primal Scream. Led by frontman Bobby Gillepsie, previously stand up drummer for fellow Scottish guitar band, the Jesus and Mary Chain, the group had pursued a straight-laced indie sound on their debut album ‘Sonic Flower Groove’ with limited success.

It was a trip into the studio with Weatherall that transformed the fortunes of Primal Scream. Across tracks such as ‘Loaded’ and ‘Come Together’, the band’s music was enhanced by an injection of balearic beats and grooves that captured the rush of acid house."

The accompanying album, ‘Screamadelica’, propelled both band and producer to new heights of fame and acclaim. The record won the Mercury Music Prize in 1992, sold millions of copies and for many was the sound of the decade.

From here, Weatherall deliberately shunned the limelight, setting up a variety of different projects with one of the most successful, Two Lone Swordsmen, with fellow electronic music aficionado Keith Tenniswood. The duo’s sound was defiantly less commercial, incorporating elements of dub, techno, house and underground bass and allowing them to explore exciting new musical pastures.

Alongside this, Weatherall was constantly working on remixes and DJing across the world with his sets spanning a musical gauntlet running from rockabilly to harder-edged techno - what he’d memorably describe as ‘panel beaters from Prague’.

After the dissolution of Two Lone Swordsmen in the late 2000s, Andrew opted for a variety of different musical adventures. He collaborated with the likes of London producer Timothy J Fairplay as one half of the Asphodells, mentored London DJ and artist Daniel Avery and continued to DJ around the world.

His A Love From Outer Space night started from a small basement in East London and led to his own Convenanza Festival in the South of France, an annual pilgrimage for Weatherall devotees.

He sadly passed in February 2020 from a pulmonary embolism.

Musicians paying tribute included the Charlatans’ Tim Burgess, who wrote on Twitter: “Shocked and saddened to hear that cosmic traveller Andrew Weatherall has left the building. Always a pleasure to meet up with him and share good times.”

Here are five essential Andrew Weatherall productions for anyone new to the man and his music. As his tattoo said: “Fail We May, Sail We Must…”

The ultimate dancefloor indie crossover that still rattles cages more than 30 years after its release...

The clue is all in the name. Killer electro made with fellow basshead, Keith Tenniswood.

The Asphodells | 'A Love From Outer Space'

Named after Weatherall's club night of the same name, this cover version is typical of the more post punk aspects of his later productions...

One of the best indie bands being reworked by one of our best producers. Musical perfection...

by ICMP staff writer
May 19, 2021
Creators
Back to Blog Home