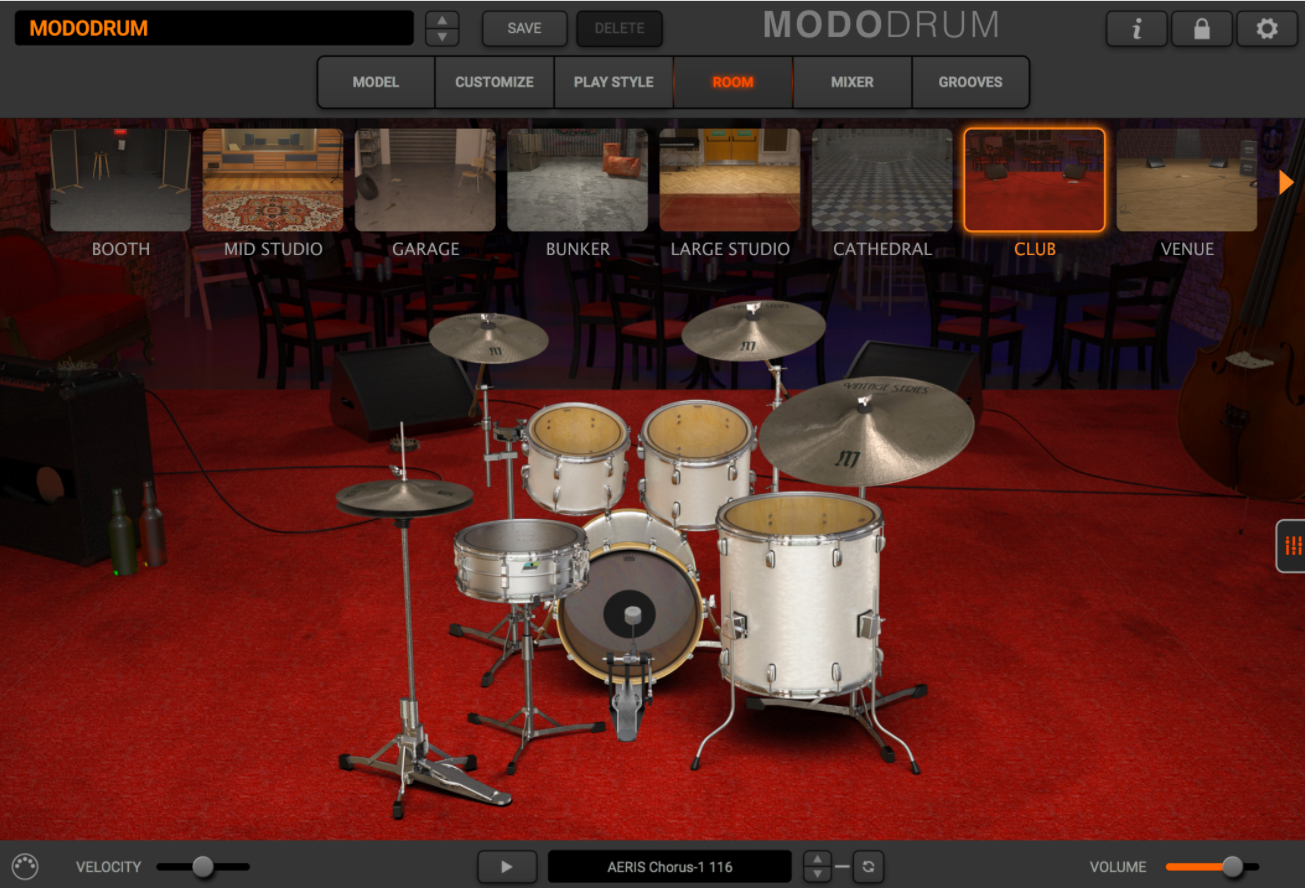 As a drummer, I’ve always been a bit skeptical about programming MIDI drums on a record.

My perception is that the feel and the sound wouldn’t be quite as good as I wanted them to be.

However, I’ve recently had the opportunity of trying MODO DRUM by IK Multimedia, which has instantly made me change my mind on the opportunities created by MIDI.

It all began in a small town in northern Italy. Not just any small town, but a town rich in heritage.

This is how the IK Multimedia team starts its bio, which to me already sounds like the greatest formula for organic growth and success.

I have previously reviewed some of their products, the T-RackS 5, that really changed my approach in how I master my songs. Please check the review out and try and get hold of a copy if you have the chance. You won’t regret it!

Here, we’ll explore some of the main features available in the MODO DRUM package, and how to get the most out of this powerful piece of software.

It is a piece of software that will allow producers to write and arrange MIDI drums to a level that hasn’t been achievable before. This includes being able to control every single parameter an instrument has to offer such as room type and many other features.

This plug-in comes with 10 kits as a default, each of them meticulously designed to resemble some of the most iconic drums of the last 60 years.

MODO DRUM is a software created to satisfy every producer's needs from jazz to rock, pop, metal and beyond. Here are some of the legendary kits.

Black Oyster: how can you not mention the drum sounds that made the Beatles so unique.

DJentalman: a modern sound that might resemble some of the Californian punk bands like Green Day or Blink 182.

Grungy: If Nirvana still existed they would probably use this kit for every recording. This plug-in is punchy, big and perfect for grunge to alternative rock productions.

The list goes on, including a versatile sound and various other kits from metal to fusion kits with a more complex layout.

My advice is to fully immerse yourselves in MODO DRUM and experiment with unfamiliar sounds. I found myself discovering a brand new side of my musicality, having access to kits that I have never previously experienced.

The big advantage IK Multimedia offers is also the reduced amount of space that these plug-ins take up. MODO DRUM only occupies 6.4 gigabytes of memory as opposed to hundreds that other software require. This also has a big impact on the loading time of the kits and overall workflow.

We will have to delve a bit more deeply into the software’s customized section to discover the big differences that make MODO DRUM so unique.

By clicking on the Edit Element box, you can access a brand new concept of MIDI drums, and play around with plenty of different options, from drum specs to the room type and size.

In this section, you are able to adjust the tension of the top and resonant drum head, the wood response in comparison with the sound, the tension wires width (the more wires, the more buzz the snare will have), the tuning and diameter of each individual drum.

Not to be underestimated is the Playing style feature, where you can decide the dynamics as well as type of drumstick (each hand can be personalised individually) you want to use.

You can decide the type of beater for the kick pedal and set a velocity(dynamic) for the song recording.

You can also further influence a recording’s sound by choosing the type of room to record in. Often to achieve such a level of definition, you will have to rely on external plug-ins, for example, the Abbey Road reverb. The IK Multimedia module offers a vast range of rooms to ‘virtually’ set up your kit in: Mid studio, bunker, garage, large studio, cathedral, venue and club. In addition, you can also decide the amount of reverb within the space and the mix of each individual drum.

The layout of this module is extremely intuitive. However, there are a lot of features to explore and lose yourself in. MODO DRUM comes with a great deal of drum grooves for those that want to just experiment with sounds or are looking for an input to get a project started.