How to get your music played on the radio

Viaduct Promotions’ Caroline Ranson gives us her tips how to land your songs on the best shows... 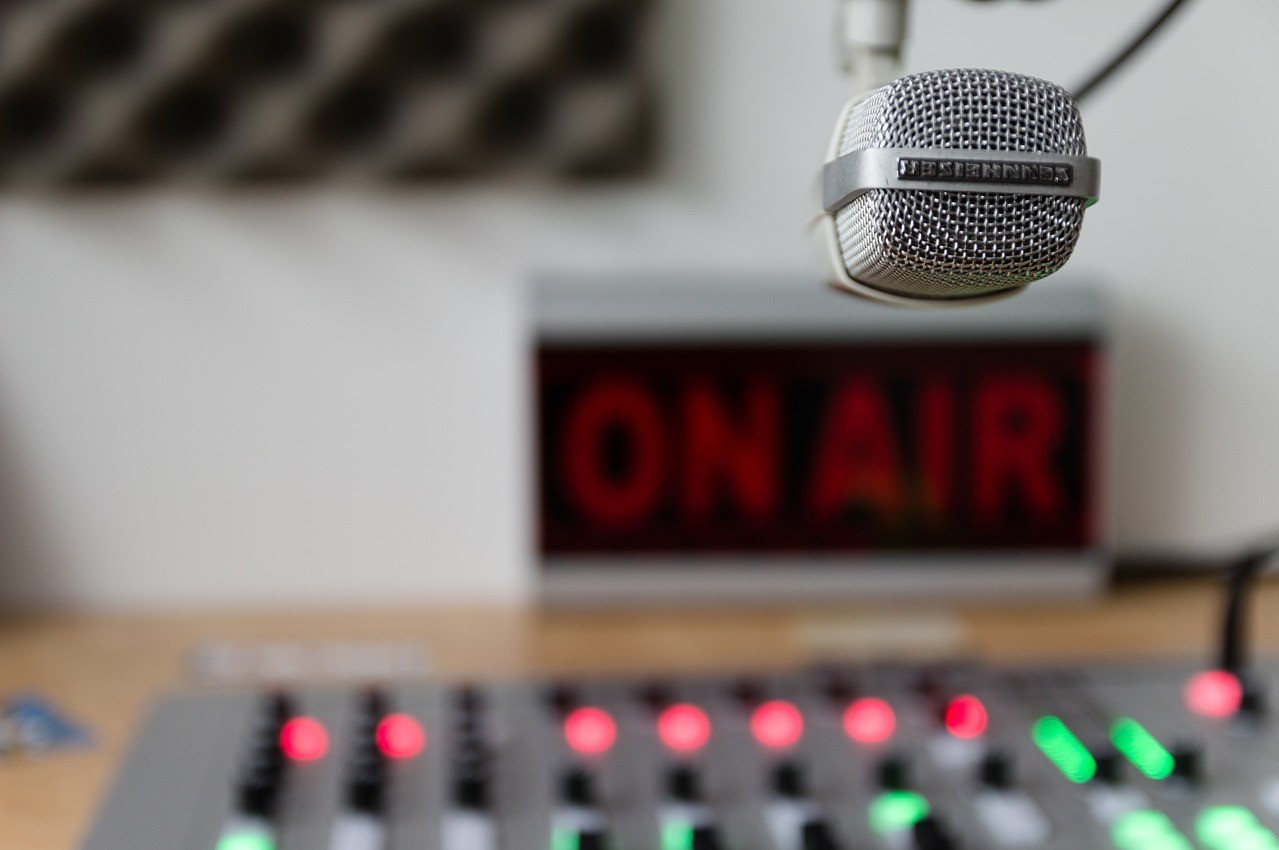 Getting your music played on the radio can be game-changing for the emerging artist.

But with so much new music being released every week, how do you get your tracks in the ears of the presenters and producers who matter?

Step forward Caroline Ranson, Promotions Coordinator at Viaduct Promotions. The company has worked with everyone from This is the Kit to Flamingods with Caroline running campaigns for the likes of Charles Watson (Moshi Moshi), Vök (Nettwerk) and Free Love (Full Ashram).

Here, Caroline gave us some essential advice on how to approach shows, the benefits of BBC Introducing and how plays on both local and national radio can help you get your career off the ground...

When does a new artist know they are ready to start sending their music to radio?

There is no right or wrong answer. But when it comes to national radio, it’s best to have some experience in the music industry before releasing your music. Play some gigs, immerse yourself in a scene and find a community of like-minded musicians, and really learn more about your music and what you intend to be about as a musician before you have to explain it to other people. Experience can never hurt.

You hear all these stories about being signed after the second gig at the age of 15, but if realistically you’re not ready, is that really going to help you long term? The music industry is a fickle business, so you need a long term game plan. If that sounds difficult to work out alone, build a team around you that can help you get to that place.

Alongside the music, what assets do artists need in place to make the right impression with tastemakers at broadcasters?

It’s always good to have a bit of a blurb about you as a musician to give radio presenters and producers context. There are some presenters who listen to music blind, without any information, so that they can support purely on the basis of the quality.

But most people tend to want to see a bit of background. Artwork always makes the music look more professional.

Having several gigs lined up also shows intent, that you are serious about your career as a musician and there is current activity happening alongside releasing music."

What are the best ways of approaching radio stations?

Presentation of your music is important. Not coming across as too arrogant in your press release, especially if written yourself, is key. Making sure you have the right team around you can help guide you as an artist, so that you can focus on your music, leaving all the stressful bits to other people!

I would always recommend a radio plugger, because I have faith in plugging as a promotion technique. An artist doesn’t have the privilege of an outsider perspective. As an independent individual listening to your music, we are able to appreciate your music at a distance.

If we’ve taken the time to spend however long learning about the songs, getting to know the artist and their back catalogue, checking them out at a gig, and crafting a bespoke campaign for the best success for an artist which includes working out a timeline and choosing which shows would be the best fit for interviews and sessions, and then going on to sit down and talk to producers about them, then the presenters and producers can have faith that we’re worth listening to about our recommendations.

We have spent years building up direct relationships with presenters and producers so they know they can trust we will send music that is the right fit for them and their shows and that it will be of a high enough quality to be considered. We can easily lose that trust, by supporting music that isn’t good enough, so it’s important to believe in the music. That goes for the artist themselves too. If you don’t think it’s good enough, and you can’t hear it on the shows, then you probably need to work a bit more on the tracks.

And how should you submit your music?

Sending professional promo CDs – not CDRs! - with some information about you to the presenters, having properly researched the shows that you are sending to and making sure that your music is the right fit for the shows.

Doing your research is always a good starting point.

Find a plugger who has got success getting radio play for artists in the same arena as you, or align yourself with a label who shares your beliefs in music and supports artists that you admire and believe in."

Working with people you trust and who are respected by industry tastemakers is recommended.

Are there any broadcasters/shows that you want your acts to be played on? Which stations/shows can a play on have the greatest impact on an artist's career?

Lauren Laverne has always been a great lover of music. She is so passionate about artists, and is very loyal to those she’s previously supported. There are less free plays (each show has a set amount of free plays for the presenter to play new music not already playlisted or an archive track), now she is on the Breakfast Show, but her listening figures are very good, and people trust her as a spokesperson for new music.

The same can be said for many other tastemakers who attract a more active listenership, that is people who like to engage a bit more with the music, to get down to the shows, the loyal fan-bases who buy the albums. These are tastemakers such as Annie Mac, Jack Saunders, John Kennedy, Steve Lamacq, Jo Whiley, Matt Wilkinson, Danielle Perry, Huw Stephens, Vic Galloway … and then there are specialists who are experts in particular genres: Ricky Ross (for country influences), Jamie Cullum (for jazz inflected music), Cerys Matthews (for world music, with elements of blues and jazz), Marc Riley (for the punkier side of things), and then there are smaller stations that have real credibility in their specialist genres and local music scenes: Soho Radio, NTS Radio, Worldwide, Reprezent Radio … I could go on. There are too many to name.

I also think it’s important to build support at local/community radio stations. Student radio should never be disregarded and should always be a key target. These are your future tastemakers. And more on the point of the active audiences, younger audiences can often be the most curious about music, and engaged with finding the lesser known next big thing.

Is there a difference between how you approach regional to national radio?

Regional radio can be trickier placements nowadays as so many stations are being bought out by the big guys and are simulcasts of national shows. But yes, there are some differences.

You try and get premieres at the national stations with the highest listenership, then feed these radio plays through to regional to prove they’re worth supporting.

With musicians with not much experience, regional radio is an excellent starting point for interviews and sessions, to build your confidence at radio experience.

BBC Introducing Sessions and Interviews can often be a musician’s first taste of the music industry in radio, and the Introducing shows definitely feed through to BBC National Radio. They can get you booked on the Introducing Stage at big festivals."

Also for touring, it’s good to get regional radio support so that you are targeting the right people nearby who then have the opportunity to come and see you live on their doorstep. And once again, student radio is always an excellent promo opportunity.

Are there any do's and don'ts when it comes to getting your music on the radio?

Sending out CDRs is always a big no. Some people do like the DIY approach, but typically, it makes you look unprofessional, as though you don’t care enough about your career to put any effort in.

At a job interview, would you wear a nice clean frock or one with holes in you found crumpled at the back of your cupboard?

Complaining about not getting the coverage you deserve is also awful and never helps your cause. It’s understandable, because yes, you probably do have a lot of talent, but so do many other musicians, who you may well be playing alongside. Often, you’ll be pitting for support against fellow musicians and friends, so being supportive for their successes not only is the right thing to do, but also can pay off later down the line. It is a really tough game to get supported. Think about how much music is available at once, and how little time we have to listen to all of it. The music industry is overflowing with talent and so just being humble about the support you do get is preferable.

Accosting people in the street isn’t recommended, even if you’re a plugger and you know the presenter well. They are probably just nipping out for a coffee and don’t want to be hounded.

For any new act looking to try and get their music on the radio in 2019, what's your top piece of advice?

You need to make it count. Make sure that you’re ready for radio exposure. If you have one single ready to go, what’s your long-term plan? If it’s the best song you’ve ever written, excellent, but what are you going to do to follow it up to keep people interested? Do you have a proper campaign arranged? Are you sending out a song just because you can, or do you have gigs lined up, and have plans for what comes next?

Also, just be patient. You can send out a song, and it can be sent along with a hundred other equally excellent songs that arrive in someone’s inbox that day. But your time to shine might still be on the horizon just because your song isn’t played immediately. Send follow up messages, check back in several months down the line, as they may just have missed your email … But remember, there is a fine line between persistence and knowing when to stop!

Visit viaductpromotions.co.uk to find out more.

Image by Ben Hartwich from Pixabay

by Jim Ottewill
August 22, 2019
Amplify your career
Back to Blog Home