How to calculate songwriting credits

Music Lawyer Pete Bott tell us how to avoid disputes in the studio and get your songwriting splits right... 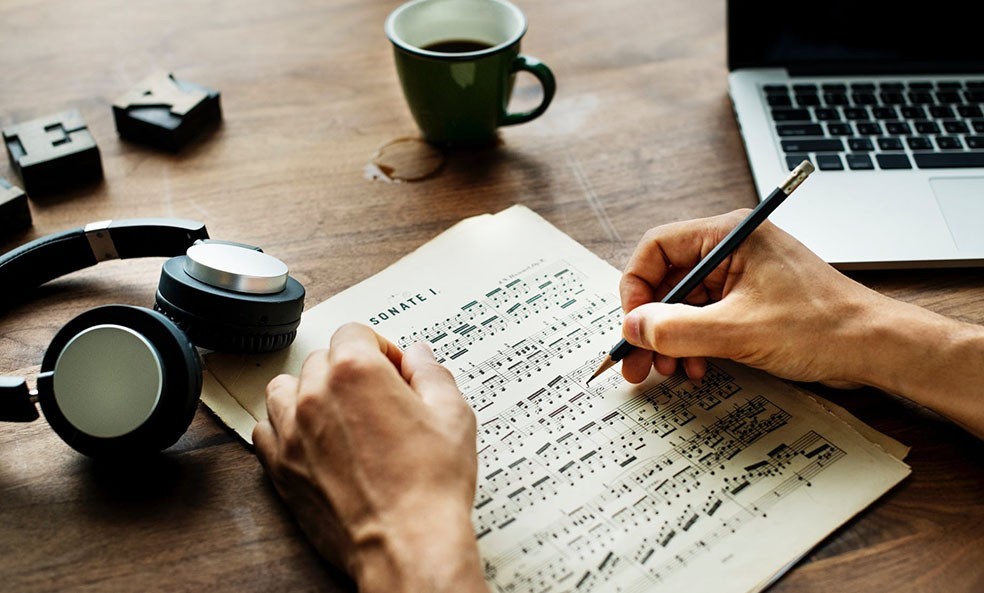 With collaboration and featured artist guest spots more prevalent than ever, working out songwriting credits correctly is increasingly important for any writers wanting to sustain themselves from their music.

Legal disputes around defining who wrote what on a hit song are common but something that could be avoided if the splits were defined earlier.

We caught up with legal expert Pete Bott from Sound Advice to get his top tips for emerging songwriters on calculating credits correctly...

With songwriting credits, how should new writers typically decide who is responsible for what?

Ideally, all co-writers should agree ahead of the collaboration on how splits and credits are to be dealt with. Firstly, as the distinction between writing and production has become vague in recent years, the position on writing splits/credits when one or more of the collaborators is a producer needs to be clarified.

Once it is agreed who is to be given a writing credit, then the splits need to be agreed. This is usually based on the extent of each writer’s contribution but other factors also play a part. For example, a high-profile writer/performer may insist on a higher split that their contribution really merits."

Ultimately it’s a commercial negotiation and all the co-writers need to reach an agreement.

When is the best time to work them out?

As early as possible! Rough parameters can be decided in advance, then the exact splits agreed as soon as possible after the song is written.

Can publishing agreements impact how songwriting splits are decided?

Writers are often subject to “minimum commitments” in relation to the amount of songs they have to deliver to their publishers. If this is the case, then a writer might insist on a higher writer split so they fulfil their minimum commitment obligations. If any writer has a publisher, then that publisher will also need to be notified of the writer’s split in the song.

Have you any advice on how to make the process of working out these credits/splits any easier?

All the writers (and their managers and publishers) need to be reasonable and, if there’s an argument, be prepared to compromise. Usually the process is easier before the song makes any money!

Does the stature of one writer compared to another have any sway over how the credits are worked out? For example, if a more well known writer is in the studio but arguably contributes less, can they get more in terms of credit due to their commercial clout?

Yes, as mentioned above, a high-profile writer/performer may be able to demand a higher split. All writers should be pragmatic in these circumstances.

It’s an industry cliché, but having 50 percent of something is better than having 100 percent of nothing. If a new writer gets a co-write with a well-known performer it can also help open doors and build that new writer’s profile."

That being said, new/unknown writers should not allow themselves to be completely taken advantage of.

Should 'topliners' get more than other contributors to a song?

Not necessarily. If all the writers are of equal status then then split should reflect the contribution. In some genres, the instrumental parts are seen as being more valuable than the vocals. As an aside, I would recommend that, if a topliner is writing to an instrumental, both sides retain their rights in their contributions. If the collaboration doesn’t go anywhere, the topliner may want to use the vocal for another track. This should be discussed at the time.

What are the main income streams for new songwriters?

How can songwriters differentiate between composition and arrangement/production?

As I said above, this is becoming increasingly vague. It’s always best to clarify the roles at the outset. I’ve dealt with several disputes where artists have gone to studios to record their songs and afterwards the producer has tried to claim a writing split based on contributions made during the recording session. Common practice also differs between genres. In production-led genres like dance and hip hop, it is more usual for “producers” to claim a writing split.

When it comes to making money from songwriting, what would you advise new writers?

Work hard on your craft and listen to feedback. Get to know people in the industry and try co-writing with a variety of different writers/performers. At the outset, it’s often best to pick a genre or style to make your name. Develop in that genre/style with your own artistic voice."

Some new writers also become performers so they can showcase their songs with releases but this does involve a lot of extra commitment. It’s vital for new writers to also learn about the business side of the industry. There are plenty of great writers who just want to write but they won’t get far if they don’t understand how the business works, particularly how they should be getting paid.

Study Songwriting in London with ICMP