Getting a music sync deal with Heidi North

Our BA Songwriting graduate Heidi North has enjoyed a number of syncs including her latest deal with Michael Kors. We asked her how she did it... 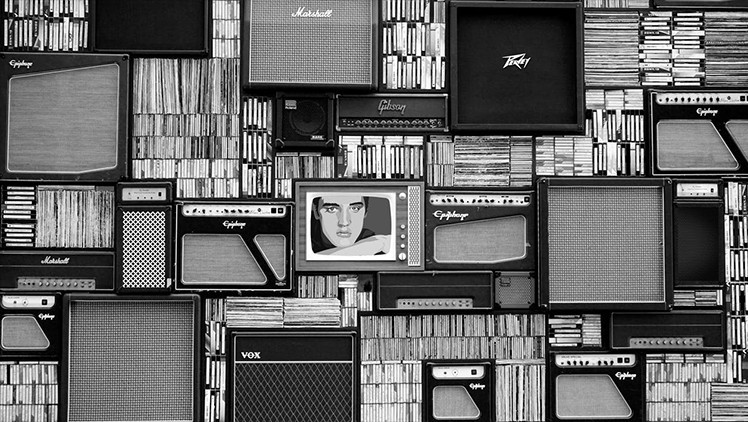 Music sync can be a particularly lucrative area for new songwriters when it comes to sustaining a career.

Whether it be an advert, video game or film, having your music featured in some form of visual media or content can be another income stream to take advantage of and is one enjoyed by our BA Songwriting graduate Heidi North.

A co-write of hers has recently been featured in a new advert for Michael Kors (listen below) while previous work has also been chosen by Oreo. At the same time, Heidi continues to teach and work on artist material with a number of simultaneous projects in the works. We caught up with Heidi to learn more on how she landed the deal and more in our new interview…

How did you first start off in music?

I started singing early on and went to a music theatre school where I now teach. I’ve always sung in the worship band at church and loved musical theatre which is what I thought I would do.

I spent time as a teenager recording covers with a close friend called Sam. He suggested I should go and study the Higher Dip in vocals at ICMP,  so I did and I loved it!

Singing was my main thing and songwriting didn’t come until a lot later. There have also been other people who really had an influence, Erika Footman from ICMP being one of them. I broke down in one of my sight reading exams (I really couldn’t deal with singing in intimate situations) and she was so positive. She told me not to give up and it really stuck with me.

Which artists inspire you?

Lauryn Hill was one of my major inspirations, I spent most of my childhood watching 'Sister Act 2' and trying to nail every song in that. I loved Justin Timberlake, Mariah Carey, Whitney Houston, Christina Aguilera, Celine Dion ... Britney Spears even. If I’m honest, I never knew a great deal about all the music out there, I sang the same songs over and over. I learned most of my musical knowledge at ICMP.

What current projects are keeping you busy?

Currently, I teach singing, that takes up some time, I’m also working on a new track which is to be released in January with Joseph Watt, another ICMP alumni as well working occasionally on demos, music for adverts. I’ve been co-writing with a friend at Tileyard on a track which we will resume in the New Year. I’m also trying to get to grips with the social media side of things as I want to get my branding up to scratch.

How do you approach the creative process? Have you a method or way into your songs?

For my own songs I tend to write down everything that's on my mind, then work on some chords and melodies.

A lot of my work is playing with melodies as I really love top lining. That is generally how it flows, although I do have to change that up if something isn’t quite working and I’ve got a mental block."

If that happens, then I’ll come up with a title and work from that.

For sync there will be a brief, I’m given words to work with and it’s mostly co-writing so you have to approach it differently. I’ll sing meaningless words with different melodies over a track and between us we will work out what sounds good and doesn’t. You can then shape words around the various sounds.

How did your music find its way onto the sync with Michael Kors? And how important is this kind of coverage to developing your audience and as an artist?

It feels like the most random thing ever but I guess you get talking to people about what you do and things happen and people speak to other people. Basically, I went to a festival with some friends just before my degree, met a friend of a friend who was about to start an internship with a company close to Felt Music. One afternoon he text me asking if I wanted to sing for an Oreo advert because he and I had spent the whole holiday singing and he said my voice fit the description perfectly.

I almost didn’t do it, thought I’d never get it, but I sang a demo for it in the disabled toilets at work and they went with it. Anyway ... I made sure to keep in contact with the producer and we worked on various other things and he liked my stuff. Earlier on this year he came to me and asked if I’d like to try top lining top lining for the new Michael Kors campaign, (Calvin Harris did it last year) he had loads of different versions we could work with. I thought I’d give it a go though he’d also got loads of other writers to co-write with including one of Little Mix’s writers. It turned out, they actually liked mine the best.

Again, this isn’t a style I’d normally write in, but I think having my name as a writer on something like it is pretty damn crazy and is what people like to see.

I never even thought I’d be doing this kind of thing four years ago, I don’t really set proper goals, I just say yes a lot and try to maintain relationships."

You were a student at ICMP - how important was your time to shaping you and your music? And what was the most important thing you learned while here?

I don’t think I’d have gone very far without it. I learned so much about music and all the different genres. Being surrounded by so many different people from all these crazy different places around the world and then being exposed to the way they write and even just their views on everything. It is so inspiring. I’ve also managed to build a good community from ICMP, it not only exposes you to musicians but all the musicians who also do photography, videography, art, fashion etc.

Have you any top advice for songwriters?

Don’t compare yourself, just do what you want and make sure you build great relationships, be genuinely nice to people and make sure they know what you do.

What does your musical future have in store for you?

I would like to get more syncs as well as working on my own artist project and collaborating with others, plus hopefully more of everything that's already come my way. I don’t have huge confidence when it comes to music, however I’ve got this far so I’m sure I can get further.

Visit Heidi's Facebook profile to find out more and watch the advert below.

Study a Songwriting course in London

ICMP's songwriting course faculty continues to go from strength to strength, recent new arrivals include Mercury Music Prize nominated tutor Tim Elsenburg. If you'd like to  develop your songwriting skills further, and spend an intensive period of time working on your craft with some of the best in the business, then speak to our friendly Admissions Team. They're on hand to help you find the best songwriting course for you - call them on 020 7328 0222 or email at enquiries@icmp.ac.uk.

by Jim Ottewill
December 12, 2017
On the radar
Back to Blog Home