Home » Blog Articles » Ben Thompson | How to Be a Session Drummer

Ben Thompson | How to Be a Session Drummer

The acclaimed Two Door Cinema Club drummer gives us his tips for success... 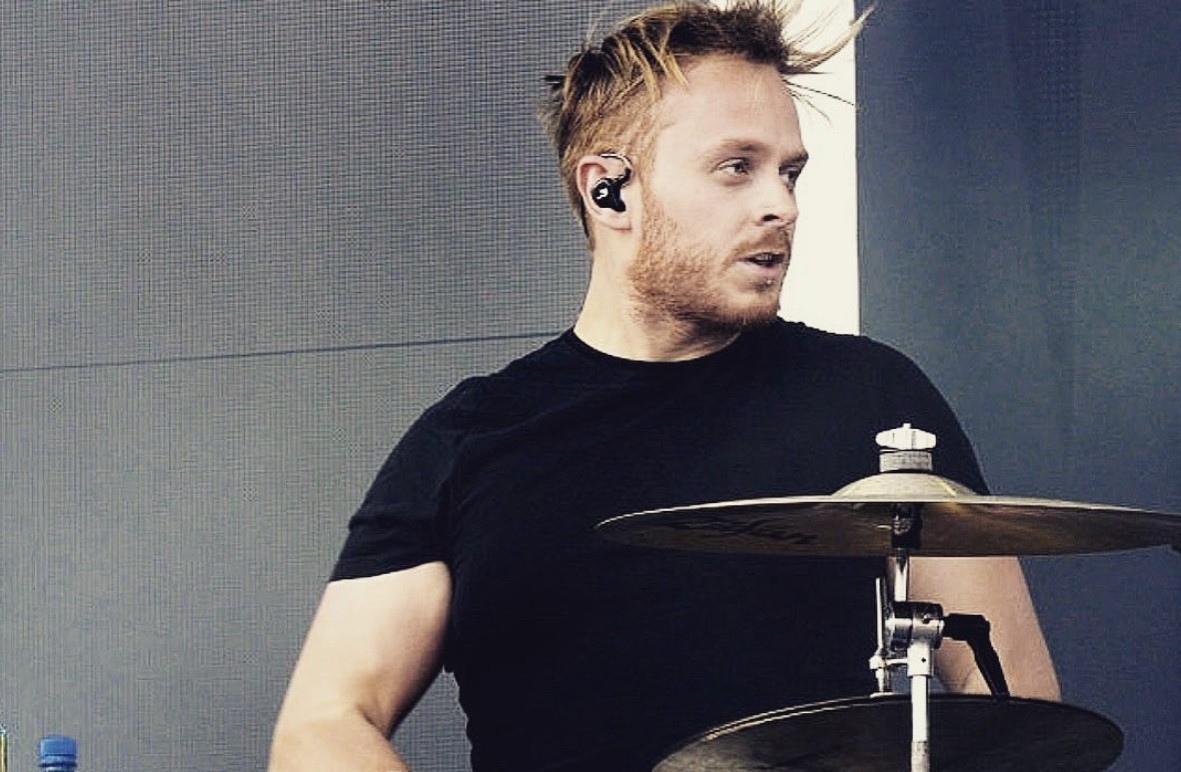 Ben Thompson has been a professional drummer for over 10 years, touring across the world with a vast array of artists such as Two Door Cinema Club, Phoenix, Gorgon City, Hudson Mohawke, and The Night Game.

With appearances at venues such as the O2 Arena London, and Madison Square Garden alongside festivals at Glastonbury and Coachella, Ben is used to playing as many as 300 shows a year, but the pandemic has led to a full-stop in touring. As with so many of us, Ben has been keeping busy providing virtual content and streams.

In an interview with ICMP Drums Tutor Collette Williams as part of our Session Musician series, Ben provided insight and advice on the best ways to launch successful careers…

My dad’s side of the family is very musical so it meant I took up the guitar from a young age. I was lucky enough to enjoy jam sessions with my friends, then my parents bought me a summer rock school course at a music college when I was 14/15. They put you in a band and you have to play a gig at the end of the week in front of the parents. It gave me a real buzz - and that was the moment I knew I wanted to do it forever.

I remember telling my parents I wanted to be a professional drummer and I had an ancient kit I started playing on. My dad said when you play me ‘The Rosanna Shuffle’, I will then buy you a proper drum kit. For the drummers in the house, they will know it is a tricky pattern to learn - after six hours, I managed to work it out - I called him upstairs and he was like ‘Oh no’ when I showed him I could play it.

As a session player, how do you make sure you have enough work?

I have been fortunate. When I auditioned for Two Door Cinema Club, I was only asked to do a run of four week shows for an NME tour - but since then, it hasn’t really stopped and I’ve been busy for more than ten years.

There’s been very little downtime and when there has, I’ve reached out to some of the management companies I’ve built relationships with over the years to let them know - this has always worked for me and kept me busy on different projects.

How important is networking in sustaining your career?

Networking is one of the biggest and most important tips for new musicians - you need to connect with other musicians, producers and musical directors (MDs).

It’s easier now to get work than it was 10 years ago as it’s easier to build a profile online using videos, Instagram and other social media channels. You can reach out to these MDs online but networking is essential."

How important is attending a music college?

They are obviously a great place to begin your career. Your tutors are active in the industry and can be a really good way in.

If you’ve chosen to go to a music college, then your career starts on your first day and not the last one when you finish your studies. I think that’s a common mistake people make.

When you do live performance workshops, you also need to put the time into learning the track beforehand. Although college is the place to make the mistakes, you also need to remember that the tutors are the eyes and ears for introducing you to the next stage of your career. They’re not going to do that for anyone who turns up late and doesn’t learn the music. I know it sounds boring and you should have fun but you need to be focused as well. It really does start from the moment you enter.

The industry is frighteningly small - you see the same people every year on the festival circuit and reputation is crucial. You need to build a positive one for yourself from the start.

Have you any top advice for session players?

Young players worry about being technically gifted - I appreciate that playing but that’s not what gets you the work. Musicians spend a very small amount of time on stage when touring. Touring the world with a band is very much like being in a Big Brother-style TV show. You’re forced to live in close proximity with a group of people, so you’ll be with each other in dressing rooms, in the back of vans, at airports.

Your personality and how you put yourself across are just as important as your playing abilities. You can be the best musician in the world but if you’re an arsehole you won’t get a job. If you’re nice, easy to get along with, fun, reliable and consistent, you will get the work.

How do you prep for an audition?

If I’m going way back to the Two Door Cinema audition, they sent me a couple of tracks. I literally played them over and over again until I could play them in my sleep. Again, this audition is about you as a person as much as your playing. Every single musician I’ve ever spoken to is focusing so much on what they are playing but you also need to get your personality across.

I did the Two Door Cinema Club audition, I made sure I was on time - there’s nothing worse than waiting for that one person who is always late. Try and look presentable too if possible - it sounds like nonsense but a lot of the gigs are pop bands and presentation for these is important.

You need to remember that this is a business and you need to combine being fun as well as being professional as a session player.

The first major one was with Two Door Cinema Club around the UK - it was really bizarre going from playing with function bands for a couple of years to being in a position where people are setting my drum kit up for me. It was quite a strange transition.

Working with French band Phoenix was a funny story - we went straight from the UK gigs to supporting Phoenix for a few weeks in Europe. In Europe they were popular so these 15,000-20,000 capacity venues but in America they were even bigger, minimum 20,000 capacity.

During that tour, the Phoenix drummer’s wife went into labour and I was asked to fill in. That was the most terrifying 24 hours of my life as I had to learn a two hour Phoenix set in 24 hours.

I did both the Two Door Cinema Club and Phoenix gigs for a couple of months. It just goes to show you that you never know who is watching.

How do you use social media?

Instagram is an incredible way for musicians to brand themselves - it’s important to do this and engage with other drummers and players. You’ve got to be persistent and the hard work will pay off eventually. Network with musical directors - and pester them. The MDs put the bands together now - social media alone is good enough - focus on building a brand for yourself online, talk to people, use your iPhone to record and stream. Good luck!

Watch the full exchange via our video below:

by ICMP staff writer
June 9, 2021
On the stage
Back to Blog Home