Andy Inglis is an artist manager, tour manager, lecturer and expert on all things live music. Read his guide on how new bands can survive their time on the road and beware, he pulls no punches... 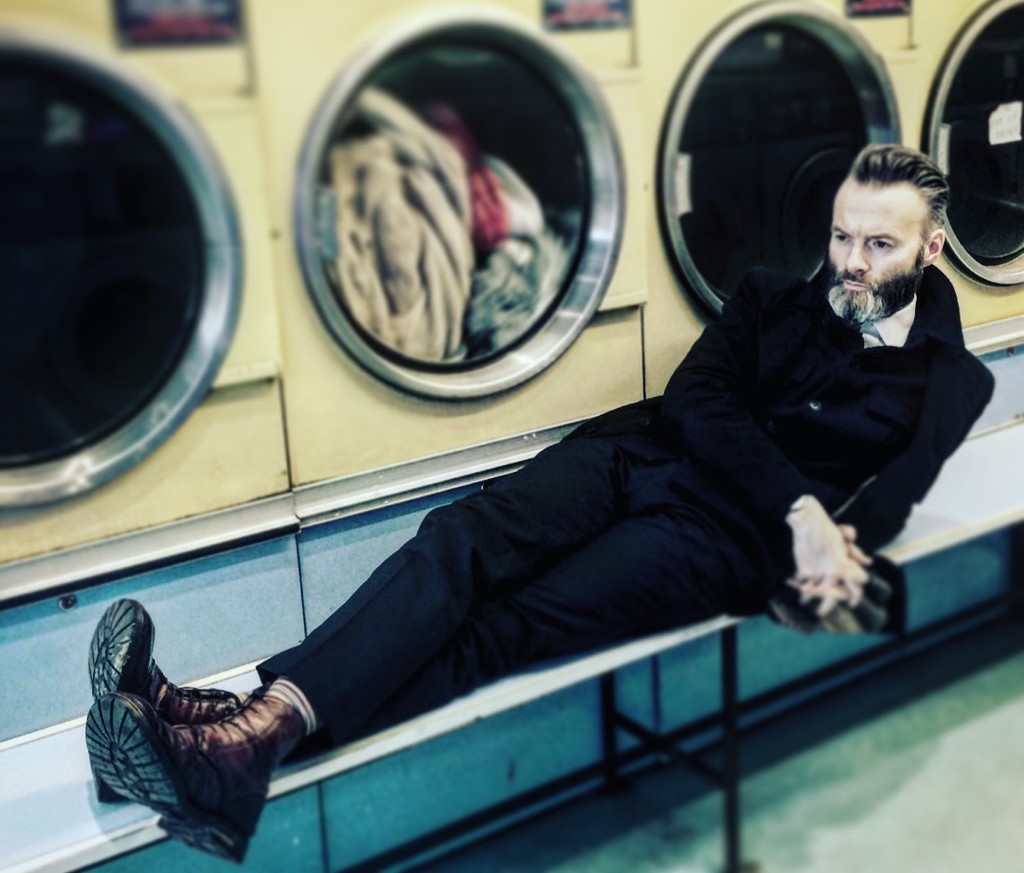 As tour manager, artist manager and venue owner, Andy Inglis is one of live music's most experienced experts and thought leaders.

Andy's career began in his native Scotland running raves and parties, a nocturnal persuasion which led to him managing bands and small electronic labels. He subsequently moved to London to continue his music industry adventures, co-founding the legendary venue, The Luminaire.

Since the venue shut its doors, Andy has busied himself with managing the Mercury Prize-nominated artist Will Doyle (formerly known as East India Youth), taking contemporaro post punkers Savages on the road and lecturing around the UK and mainland Europe on his experiences. We asked him for his pointers for new acts going on tour and he came back with some tips as sharp as his wardrobe...

How far in advance do young bands need to plan ahead of a tour? Is there an ideal run up time?

As soon as you can. If you’ve got a confirmed run of dates there’s plenty you can lock in; accommodation, van hire, booking time off work if you need to … certain times of year are busier than others for touring, though if you’re planning to tour the East coast of the US in January, you should be fine to book a van last minute because most bands try to avoid driving in six foot snow drifts in order to avoid dying.

When planning a tour, how can new bands work out where they should be playing? What are the most important factors/influencers for them in finding out where their audience are?

The most important indicator would be if you have fans saying “We live in X town and we want you to come and play”. Beyond that it moves into (hopefully educated) guess-work. Some online platforms (Spotify, Facebook) have analytics than can let you see where your fans/listeners are based, which can help. But not all bands are created equal, and not everyone tours for the same reasons. A band with money behind them - through their own jobs, or parents, say - might decide to tour partly for fun, with less concern about the bottom-line, and another band with no backing will have to learn how to carefully plan their routing to avoid unnecessary fuel costs.

How can emerging bands be best prepared to ensure they don’t lose money when they head out on the road? Or is this totally unrealistic?

It’s pretty unrealistic. There aren’t enough people in the world with both a disposable income and interest in supporting live music for every band to come out of this in profit, or even to find any level of success, however each band wants to define the word.

If most bands went to a bank manager with a business plan and attempted to have a tour funded, they’re be turned down, so bands need to consider how much they’re prepared to lose, and for how long. Everyone has a limit, and most bands are fuelled by passion as much as finance."

Despite all forward planning and all good intentions, what will definitely happen to any young band while out on tour?

They’ll argue, get a parking ticket, book the right hotel in the right town on the wrong day, perform badly, reverse the van into a wall, pull a muscle trying to lift a heavy amp alone, get sick through a bad diet and sharing the same three enclosed spaces for 24 hours a day (van, venue, hotel room). They’ll also have an amazing time, get away with the parking ticket because the Italian authorities can’t be bothered chasing them for 50€, do the best show of their career and eat world-class bread and cheese (France). There’s an anecdote I use when I lecture about touring, which references the film 'Contact' with Jodie Foster. The NASA scientist gives her a capsule of cyanide before she goes to meet the aliens and tells her they’ve been giving them to the astronauts since the space program began. It’s not for all the things they think might happen. It’s space: it’s for all the things they can’t imagine will happen. Same goes for the road, but most bands replace the cyanide with alcohol.

When bands play shows on a tour, what can they do to increase their fan base on the night itself? Alongside playing the best sets they can?

That’s about the best advice. Ahead of the show: good promotion. On the night: play well. After the show: say thanks, in person and online.

How has touring/the live music industry changed in recent years? Has it become easier/tougher for young bands to get out there and perform?

It’s hard to compare anything year on year, whether it’s touring, streaming numbers, or why your knitted-hat business is doing better/worse. The world isn’t a static environment. It’s never been easy for bands to tour because touring isn’t easy. There were less bands years ago and less things to do with our time - the internet and the explosion of hand-held technologies have given us another ‘world’ to inhabit without leaving the house in recent years - but those same technologies have enabled bands to be more strategic, to plan better, to be better informed, and these same technologies have also led to many more bands forming, for a number of reasons, which has crowded the market. The industry itself has certainly changed, as most business have to some extent. Budget airlines have made flying cheaper, the proliferation of car ownership has made driving more difficult. The number of music festivals has increased the number of slots available for new bands, the number of new bands forming has made the fight for those slots incredibly competitive. Promoters are getting better at catering to those with dietary restrictions. Free Wi-Fi is more readily available. New tour management apps are (slowly) emerging. Some of the changes are demonstrably good or bad, some come down to how optimistic you are by nature.

What item of clothing/food/drink or anything else is indispensable when touring?

I’ll slightly alter the question in my head to say: Don’t eat junk food. You’ll be doing 18-20 hour days and your body needs fuel. Unless you’re in your early 20s then sure, eat any old shit. You’ll be fine until you’re about 27, 28. Try and avoid alcohol every day. In my experience, people who drink alcohol on the road every day tend to have a drinking problem. It can certainly be problematic to be around it. There’s nothing romantic about it, though we (as an industry) seem to think it’s okay to put a bottle of whisky and 24 cans of beer in musicians’ places of work (dressing rooms) at four o’clock in the afternoon. Try that in any other industry and see how fast you get sacked.

What personality traits are best honed in advance of hitting the road?

Being aware of your own personality and how it affects others is the most important thing. Annoying trait + 20 hour day in enclosed space = arguments. We’ve all got quirks and idiosyncrasies that piss people off. Be empathetic."

Not everyone is built for the road. Be kind to and supportive of each other. Everyone’s cold, everyone’s tired, everyone’s hungry; do something about it or shut up. Moaning is tour cancer. As is slacking off during load in and load out. Everyone loads in and loads out, unless they’re sick.

What is the main thing you’ve learned from your time on tour?

The damage alcohol can do, and the extent to which the industry doesn’t give a shit. Otherwise, what an utterly bizarre way of living it is, and how difficult it can be to articulate that to someone who’s never done it.

Tour managers often work closely with booking agents on looking after the live interests of artists. Read our recent article by ATC Live's Will Church on how to become a successful booking agent.

If you'd like to join our student community and enhance your music career through our masterclasses, then why not join us here at ICMP London?

Our Admissions Team are on hand to help find the right course for you, call them on 020 7328 0222 or email enquiries@icmp.ac.uk.