Learn all you need to know about the top music production careers... 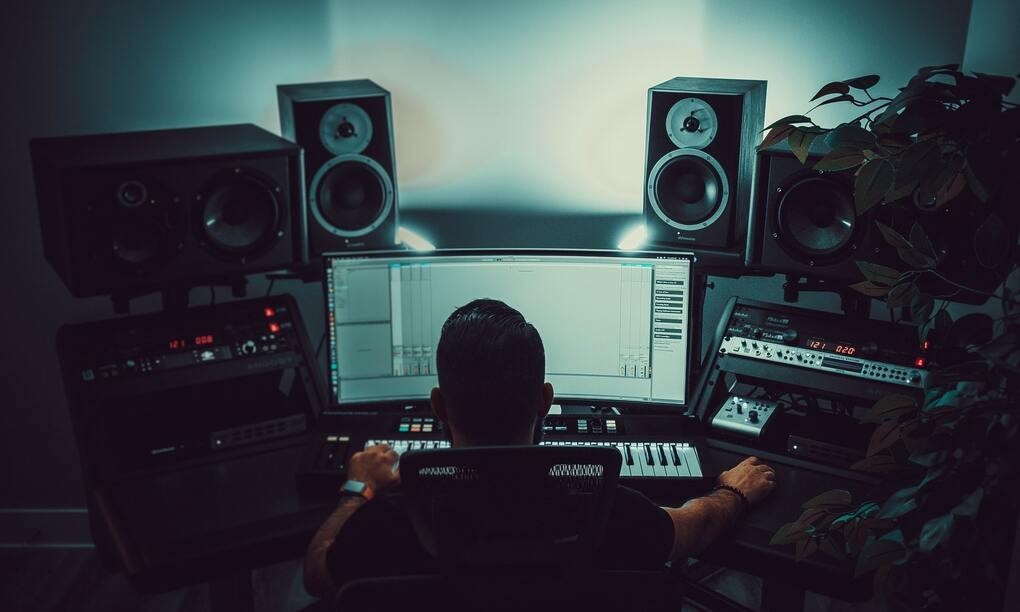 Studying music production is a fantastic way of opening up a huge range of opportunities within the world of recording and music studios.

From working on live sound at events and festivals to mixing songs by new artists, the skills honed via production are at the heart of today’s industry.

But what are the key roles? And how can you land them?

Oli Tatler, ICMP’s Careers and Employability Manager, has some advice on approaching studios when looking for opportunities.

"Studios are quite difficult to get into as a lot of the time you are doing 'speculative' applications where jobs aren't being advertised."

"My advice to students and alumni has always been to make sure they have worked with me to get their CV up to date with the most relevant information and well presented."

They need to develop a speculative cover letter which has an engaging narrative about how their skills and experience would be a good match for the studio and why they are specifically interested in working with the studio they are targeting."

James Brister, ICMP's Industry Liaison Manager,  says that researching opportunities and the appropriate contacts is also an important element of the job search.

"Don't just use the general email address of a studio, use LinkedIn or Google to find out who works there, then start cultivating relationships, perhaps asking for advice before jumping straight in to trying to get a job."

R.J Meaney is a professional mixing engineer, as well as ICMP’s Content Marketing Executive. His advice for those looking to leave a lasting impression with their job applications is to include a high quality portfolio.

"As with any competitive field, those emerging into the creative industries must set their brands aside from their peers to remain competitive and visible. A portfolio can be as straightforward as a link to a private Soundcloud playlist, whereby the playlist manager can view who has listened to the portfolio content and further keep track of applications. Outstanding portfolios will intrinsically draw attention to one’s existing work, adding credibility and substance whilst also demonstrating one’s expertise in their respective field of creation."

Let’s explore the careers and music production jobs available below.

From Catherine Marks to Andrew Scheps via The Anchoress and St Vincent, music producers work within a variety of different musical worlds.

The unifying thread is how they oversee the entire recording process of a project, whether it be for an album, single track or soundtrack.

The involvement of a producer in a project can vary and depend on the artist they work with - sometimes this may extend into songwriting and involve keen engagement in the creative process of the music itself. On other occasions, their role is to merely press record and deliver the artist’s vision. Increasingly, many artists now self-produce so they have complete creative control over a project.

Other elements of the music production role include helping with the selection of songs to be recorded, finding musicians or instrumentation and refining song arrangements.

A studio engineer's responsibilities generally involve recording and processing audio to ensure it’s ready for commercial use or release. Their role will see them working with musicians in a studio, managing recording sessions and ensuring sound is captured at the desired quality.

On many projects, engineers support the producer and facilitate the recording so it goes successfully for all parties.

The engineer is there to understand the studio, make sure the session runs smoothly and ensure the artists feel as comfortable as possible to help them give their optimal performance."

From setting up the required equipment to then editing and mixing recorded tracks, the studio engineer’s job is very varied but with one ultimate aim: capturing the highest quality audio possible. 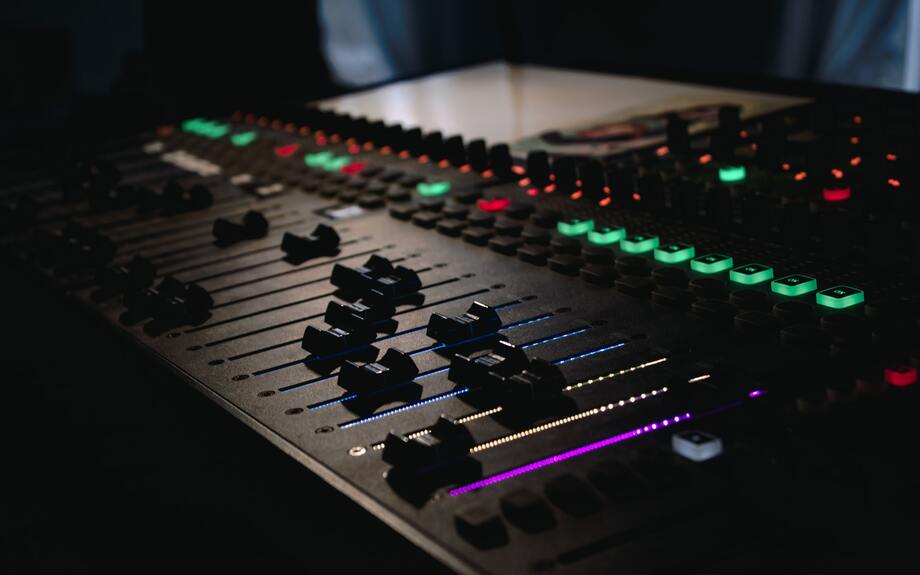 Much like the studio engineer, the sound engineer’s job is all about producing the best sound but this time on a stage or in a live setting rather than a studio.

There are many important aspects to this role. Sound engineers may have to help set up and test instruments during soundchecks for live events. During the performance they will have to combine audio signals from various instruments to create a live mix for the audience.

Front-of-house live sound engineers work to provide the best sound possible for all gig goers. It needs to be controlled and balanced with specific effects. Sound engineers will help facilitate this process by providing mixed sound to onstage monitors so performers can hear what they and the rest of their band members are playing.

Once the audio is captured from a recording session, then it is sent to a mastering engineer for any necessary enhancements or tweaks.

This is a vital part of the record-making process before a song or track is deemed fit to be ready for distribution.

There are numerous elements to this role but it is again ultimately about finding the best sound in a recording and removing any imperfections from the mix or production.

A mastering engineer’s role can involve balancing the audio, applying EQ, final compression and ensuring any adjustments are made so it is suitable for different formats before sending for distribution.

A radio broadcast engineer is responsible for setting up, operating, maintaining, and repairing sound equipment in radio stations.

This can be demanding work that will require you to be on-call, especially since many radio stations have multiple shifts covering 24 hours of each day of the week.

As a radio broadcast engineer, you will also need to be able to think on your feet as any issues could take place during a live broadcast and you will often have to diagnose a problem and come up with a solution on the spot."

Skills required in being a radio broadcast engineer include expertise in using broadcasting devices, such as computer systems found in radio booths, as well as in editing audio recordings.

The music editor is responsible for editing and syncing the music used in films and television with on-screen action.

As the music editor for a film or television show, you’ll oversee the creative, technical, and logistical aspects of composing and placing music. You’ll help to determine where and when music will be used in the film or show, coordinate changes with the composer, and even make temporary soundtracks to help with test screenings.

You may have to oversee the recording of a composer’s work, organising any audio files and getting the music to the stage where it is mixed with the visuals.

A sound designer’s role is to find and create recorded or live audio effects for use across a range of productions and multimedia performances.

They carefully select and produce everything from spot effects (such as explosions) to atmosphere effects (such as traffic sounds) and help place them in the final edit. This work can be undertaken not only for TV, commercials, and theatre plays, but also animations, video games and art installations.

Whether it be running your own studio or launching your own music production business, there are myriad different ventures you can set up once you’ve completed studying.

This depends on your career path of choice - but studying music production can lead to opportunities within any of the above areas of the music industry.

Many music industry professionals choose to set up their own ventures or work as freelance contractors. It means they can often choose when and where they work and what kind of projects they take on." 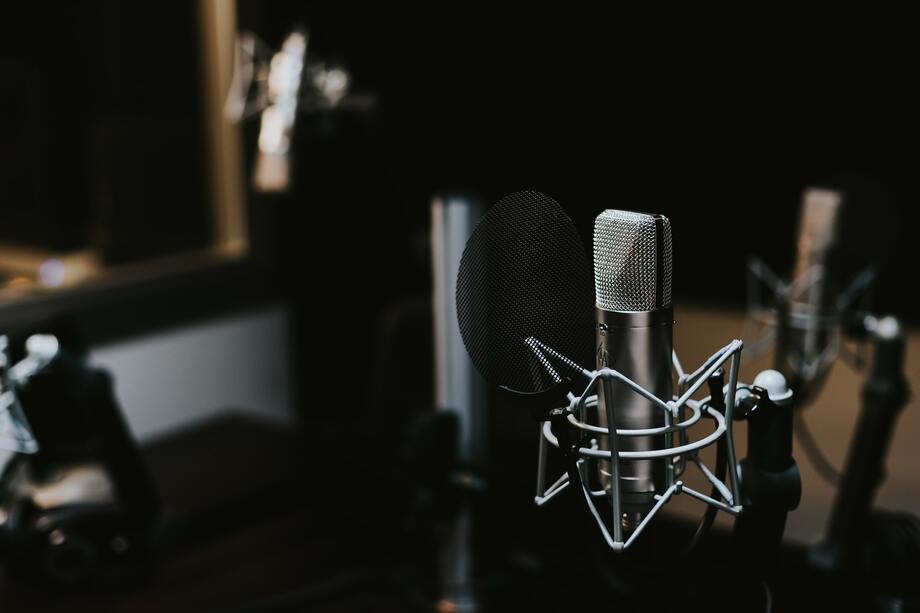 Often working closely with a production manager, this role will see you working in content creation or event management depending on the business you work with.

You could be supporting an events programme, so liaising with artists, managers and event promoters. This is where your technical knowledge will be invaluable to help ensure an event is resourced appropriately. Alternatively, you might be working on the production of music content to ensure the smooth running of shoots or recordings.

From teaching music in schools to providers of undergraduate and postgraduate study such as ICMP, music education can be a great career path for music producers.

You will likely need a teaching qualification alongside your experience in the studio and recording but this represents a brilliant opportunity to inspire the next generation alongside learning too.

Read more about jobs in the music industry.

by ICMP staff writer
October 21, 2021
In the studio
Back to Blog Home