Our resident reviewer plugs in the Katana-100 MkII amp...

Looking for an amp that you can use in any scenario?

Something that allows you to change your tone from rock to jazz, from grunge to pop with a simple click? Stick around, as this Boss Katana-100 MkII might be just for you!

In this review, I want to talk about the extremely versatile range of features offered by this amp and more...

Boss pedals have been available for over 40 years with Boss being one of the leading companies in the industry. Models such as the Boss Delay (DM2) used by Mark Knopfler, Beck, Gary Moore, or the Boss Compressor, made iconic by Pink Floyd's David Gilmour, are just some of the legendary models that the Japanese brand released on the market.

Little fact for you: Boss is a division of Roland and most of their products are made in the same factories.

Boss is not only known for its pedals range, also for their transistor amps such as the Acoustic Singer Live, the Nextone and finally the Boss Katana-100 MkII.

Japanese manufacturers are renowned for pushing the boundaries of technologies and always wanting to develop something that serves multiple services in a compact unit. The Katana is the perfect example of an extremely resourceful piece of equipment. Let’s have a closer look. 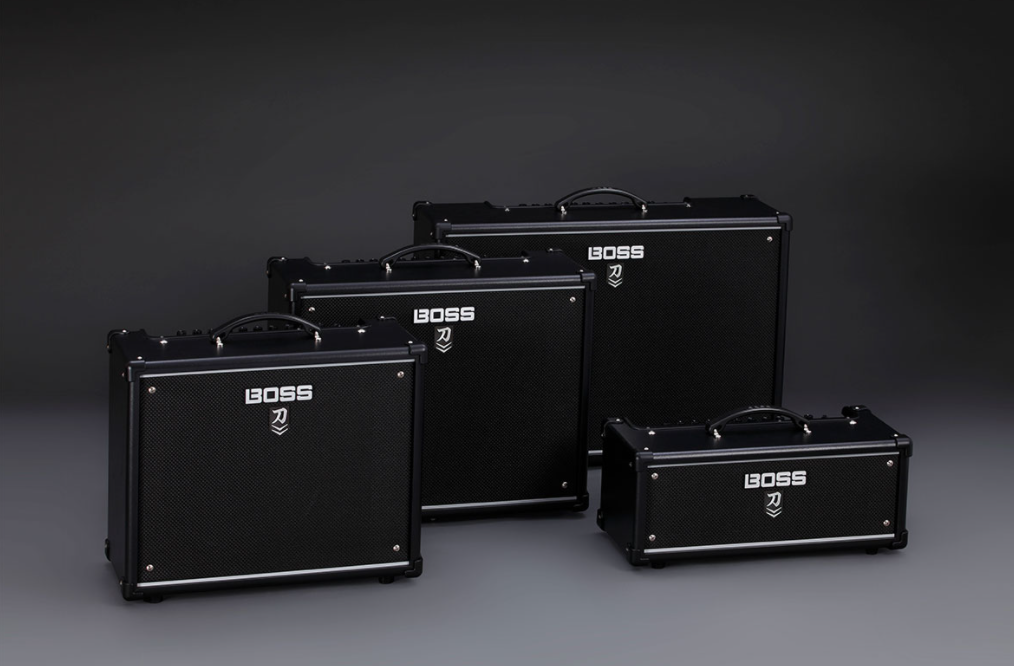 This Katana is a 100 watt power amplifier with a 12 inch speaker. Often collectors and professional musicians tend to replace the cone with a Waza Craft or a Celestion for a brighter sound. The Katana seems to have a natural darker tone, mostly suitable for rock music, which is what this amp was originally designed for. However, this baby will surprise you with its mind blowing extra perks!

Looking closely at the top surface of the amp is where we can start understanding its full potential. The Katana comes with multiple amp presets in terms of gain structure such as: the acoustic tone (the cleanest of them all) we can use this with an acoustic guitar as well, the clean tone (a bit more air than the acoustic), crunch (think of AC/DC) lead (great for lead parts, higher gain level) and finally the brown which somehow resembles some of the greatest tones of the eighties from players such as Steve Vai and Van Halen.

I’m not a professional guitarist, but even at my level I appreciated the great dynamic response that this amp has. It almost feels like playing a tube amp as by playing more quietly, the amp’s warmth adapted to my playing.

In the next unit we have three basic band tone stacks: bass, middle and treble like any other amplifier.

In the next section we have one of the most interesting parts of this amp, the effects panel. It comes with three knobs, two of them are double sided: the first is boost and mod, then we have delay and FX and the reverb. This section of the amp is very smart and easy to familiarise yourself with. On the double sided knobs, we can control the levels and amount of effects we add to each channel. We can also interchange between effects by clicking the button at top of each module.

It goes without saying that each effect used on this amp would be essentially a Boss pedal effect. It means if you are a fan of this sound, then this should be your next treat!

Moving on into the last unit we can find the presence control. This is great for controlling the dampening of the sound on the amplifier. Then last but not least, we have the Master where we can control the amp’s overall volume.

Like the other Katana we have the power control option where we can decide what wattage to use. This particular model comes with three options: 15 watts, 50 and 100 which gives us a lot of head room if we are playing in a bigger venue where we can push the amp a bit louder. 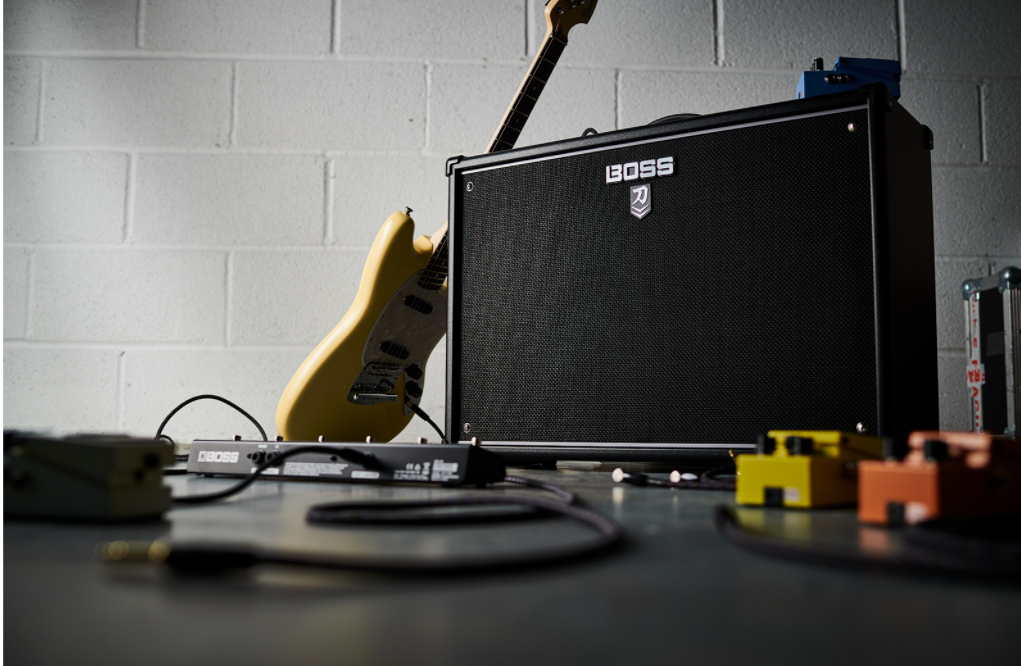 The Boss Katana-100 MkII comes with a pedal switch we can use as a controller to move across presets. We can simply save our patch from the amp by holding for a few seconds on the channel button. This automatically saves it into our pedal controller.

This feature would have a great impact on workflow and has the potential to make your performances impeccable!

With the latest update you can now have up to eight presets as opposed to four as it was originally designed.

Another amazing feature of the foot controller is that it also functions as a three pedal pedalboard using the built in modulations. So if we need to tweak one of the presents on the fly we can do it for the pedalboard.

Most musicians own an interface and a microphone. However, for those who don’t want to go through the whole process of setting up a mic, the Katana also offers a much simpler option. Just connect the USB cable from the back of the amp into your computer and assign it as audio into your DAW to record straight into your device. Job done!!

by PJ Ciarla
September 1, 2021
ICMP Life
Back to Blog Home