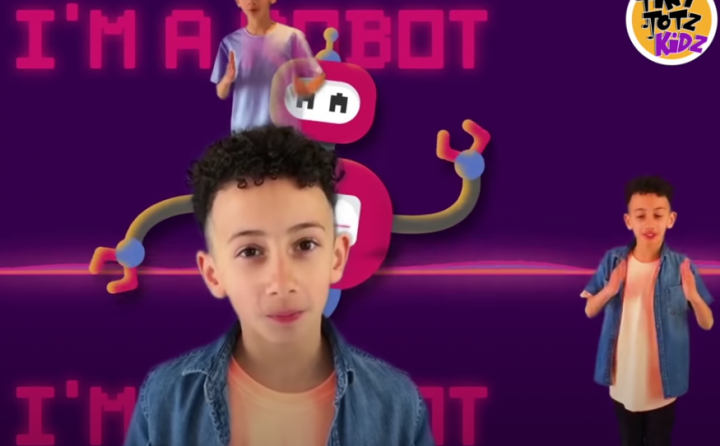 The song's placement came via Luke’s publishers Wardlaw with the song written by Luke and his daughter during lockdown.

Commenting, Luke said Wardlaw had noticed how children had taken more control of the music in their homes, often playing something many more times than adults.

He said: "I'd been having a hard time during lockdown and found it too painful to write the autobiographical songs I normally do. So to keep my writing chops up I had a go at a children's song.

"My kids are five and two years old and love robots. We often dress up or just do the robot dance. So without any pressure, me and my daughter worked out how to articulate a dance. She then went for a bath and I bashed out a quick sketch. Then when she returned, I put some headphones on her and asked her to sing."

There really was no pressure and none of the normal worries about what others would think. My kids like it, and so do I. And for some reason I feel it's fine to have it as my ringtone, though I often miss phone calls if the kids are there as we have to dance."

The creative process was a quick one with the song mixed in three hours, then mastered in 30 minutes.

"Academically I feel it shows so many great creative practices from childlike vulnerability to flow state to letting go of expectations and just creating. Even the production felt obvious as there had to be a vocoder, disco guitar and pitch modulated synths, all go-to things for robots."

Watch the video for the song below: