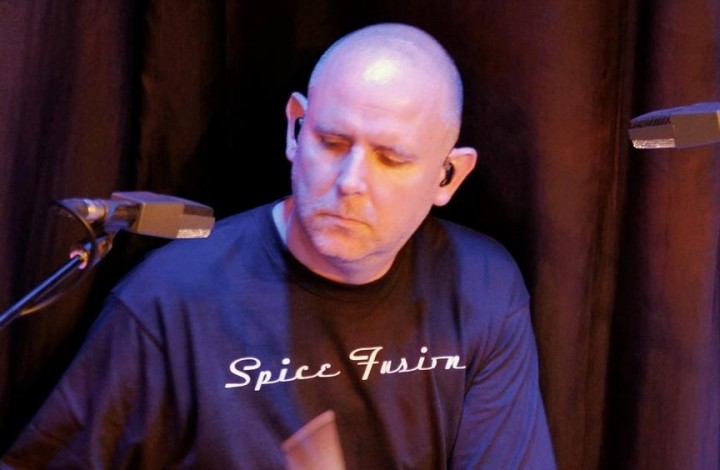 ICMP tutor Elliott Henshaw has released a new play along package of tracks with his band, Spice Fusion.

The group, co-run by Elliott alongside arranger and saxophone player Simon Niblock, have been working together since 2013, giving energetic performances across a range of styles.

Their albums, ‘Trying Too Hard’ and ‘Trying Hard 2’ have seen the duo showcasing their great ability to work with any genre, with styles ranging from jazz to latin, pop to funk, soul to swing.

This new release is aimed at players of keys, guitar, bass, drums and brass alongside vocalists. In the downloadable package, musicians will receive a chart and MP3 audio file minus the instrument they want to play alongside an original of the track.

The play along packages are basically selected original material from our albums along with new compositions that were released since the albums came out. They are aimed at players from intermediate level upwards and are perfect for working on chart reading and modern big band groove playing.”

There six packages to choose from and all can be purchased from the Spice Fusion bandcamp page.

Find out more and watch Elliott performing 'Ode to Isolation' below: