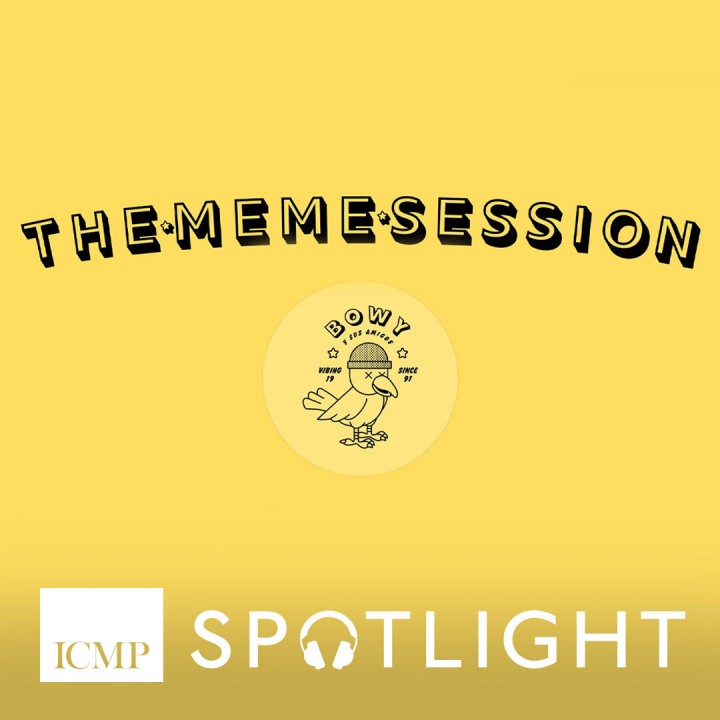 This time we've chosen to shine a light on The Meme Sessions, a project by ICMP collective Bowy y sus amigos.

THE MEME SESSIONS, A PROJECT BY BOWY Y SUS AMIGOS​.

Bowy y sus amigos is a music collective started by BMus Popular Music Performance student and drummer Douglas Monterroso Mazul, that features a group of ICMP musicians playing a live reinterpretation of songs made famous by the internet or meme culture.

Their latest project is called 'The Meme Session', a three-episode mini-series of meme-inspired music repertoire performed by an 8-piece band. The sessions were recorded a few months back in Soup Studios, London.

The first episode, released on the 15th of April 2020, presents a 10-minute medley featuring the music from 1999 Nickelodeon’s series Spongebob Squarepants.

Other ICMP musicians include; Diletta Busin and Valentina Ferrero on vocals, Abi Flower-Ellis on guitar, George Scott on keys, Robyn Matthews on bass, and alumnus Alex Walker on percussions.