Last week, a group of our Songwriting students were lucky enough to enjoy our second annual trip to Nashville, Tennessee, the spiritual home of songwriting. The 24 students and 1 graduate were there to meet, perform and collaborate with songwriters from across the pond; during their trip they were also able to attend Tin Pan South Festival, which is the biggest Songwriting Festival in the world, run by the NSAI. The ICMP's Head of Songwriting Sophie Daniels, states that ‘Nashville is exciting because it is a town that revolves around professional songwriters. It is to the songwriting industry what Hollywood is to film’.

During their time in Nashville, the visiting students wrote, collaborated and established relationships with students from Belmont University. They were also able to meet professional writers, which helped to develop their skills and get a better understanding of how collaborative songwriting works in a professional capacity. The songs that they wrote were also performed in the ASCAP (American Society of Composers, Authors and Publishers) boardroom overlooking the Nashville skyline, where they received professional feedback, and learned what music labels look for in a songwriter. Students were also able to play at a host of famous venues around Nashville including Douglas Corner Café, Curb Café and the world famous Bluebird Café.

I got to play the bluebird cafe in Nashville last night and it was so cool!! #nashville

Aside from writing and playing, students were able to attend masterclasses and performances by some of Nashville’s biggest songwriters including Kacey Musgraves, Kelsea Ballerini, and Shane McNally to name but a few. Many of the songs that the students heard during these masterclasses and live shows were unreleased, and many of which will become country hits in the coming months. 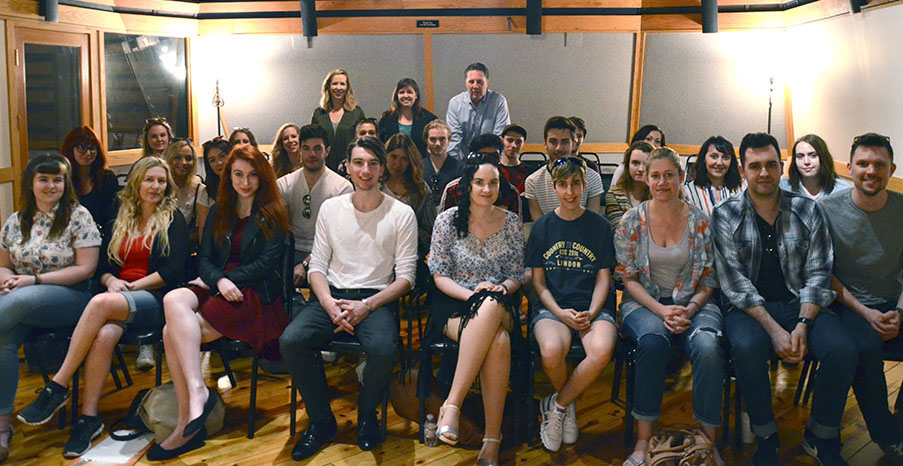 This was a fantastic opportunity for our Songwriting students to explore the wider songwriting industry, and is just one of our brilliant collaborations with our many international partners.