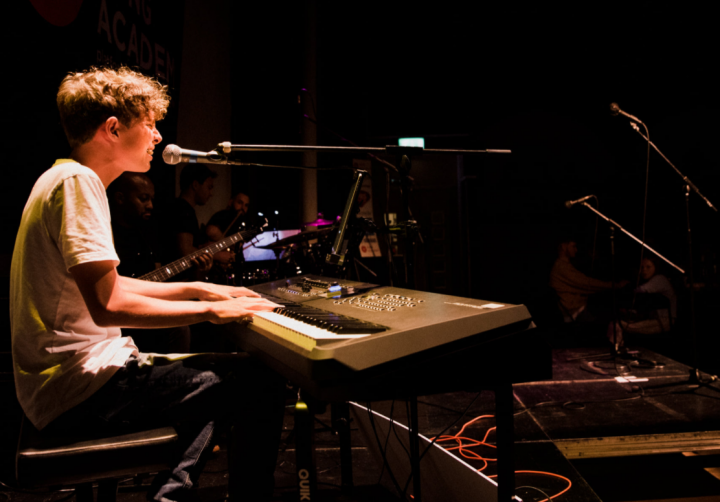 Congratulations to all the winners of the The Young Songwriter 2021 competition who we were delighted to welcome to ICMP for a day of recording as part of their prize.

ICMP has been a long-term partner with organisers Song Academy on this creative initiative to encourage the next-generation of musical talent.

Our alumni not only teach at the academy but also play a vital role in judging more than 1,000 entries received by the competition.

This year's winners were invited to spend a day working in the studio with ICMP Music Production Tutor Charlie Thomas.

Commenting, Charlie said: “Congratulations to everyone who submitted a song, but particularly to the finalists."

It was such a pleasure to work with these talented songwriters and it is very reassuring to know that the future of music is in such safe hands."

Rowena Atkins, Song Academy Founder and Chief Executive, said: “The partnership we’ve built with ICMP is an important one. It has developed from having an inspiring ICMP Production Tutor lead our winners’ recording studio experiences to the ICMP Masters in songwriting students, led by Sophie Daniels, being part of The Young Songwriter competition judging process."

We believe that Song Academy’s work inspiring young people aged 8-18 to write their first song and develop their songwriting talents nurtures the next generation of ICMP students who will be leading the future of the music industry. The future of music is bright."

Visit songacademy.co.uk to find out more.