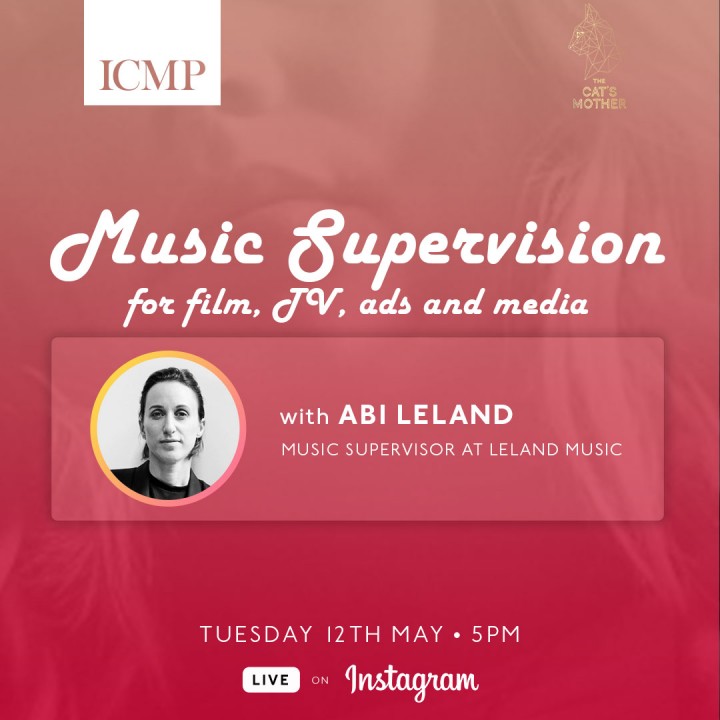 We're delighted to host a Q&A with Abi Leland.

Abi is a Music Supervisor at Leland Music supervising music for film, TV, ads and media. She got her first job working with Elton John on the film 'Women Talking Dirty' at the age of 20.

In 2005 she launched what is now one of the UK’s most respected music supervision agencies, Leland Music. The company works across film, advertising and TV, has helped create ad campaigns and music partnerships for brands including Nike, Honda, Sony, Hovis, Lloyds TSB and Three Mobile, and feature films such as Kevin Macdonald’s Last King of Scotland and How I Live Now.

It’s also a regular partner of retail firm John Lewis, and has helped choose and create the music for the brand’s highly-anticipated Christmas TV ads.

Thanks in part to the creative nous of Leland and team, those campaigns have spawned four UK Top 10 hits, including two No.1s, and helped launch the careers of Ellie Goulding, Tom Odell, Gabrielle Aplin and Aurora with emotive cover versions of notable songs.