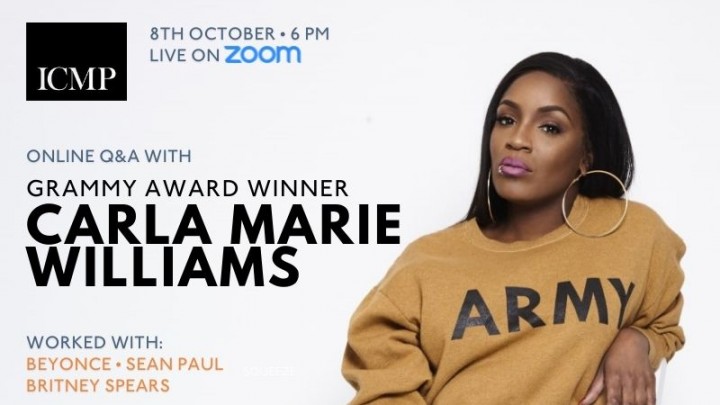 For our next Online Q&A, we will be joined by the wonderful Carla Marie Williams.

Carla Marie Williams is a prolific double Grammy award-winning songwriter, who has written for some of the biggest artists in the world including Beyonce, Sean Paul, and Britney Spears.

In 2016, Carla founded ‘Girls I Rate’, a female movement that pushes for positive change, equality and opportunities for women in the music and creatives industries. Through the GIR Academy, they host online Mentor Me sessions in partnership with Musicians Union and PPL. Girls I Rate has also partnered with organizations such as PRS, PRSF, and Spotify to deliver the GetHeard Future Hitmaker Competition and Bursaries.

“I want to make a difference and help open doors for women, in particular black women who like me, have had to struggle with systemic racism in their careers” says Carla.

Carla’s grew up in Harlesden, North West London. As a young girl, she was raised and influenced by dancehall sounds in her Jamaican household. She soon learned to transfigure her natural poetry talents into songwriting and landed her first publishing deal with Xenomania writing songs for Girls Aloud.

Since then, Carla has gone on to be a guest judge on X Factor and mentor at universities such as Berkley and ICMP. 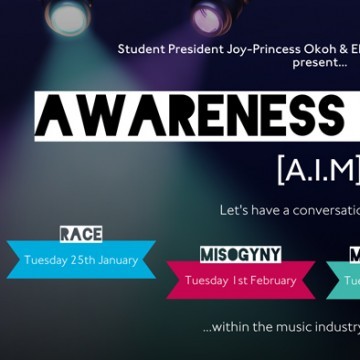 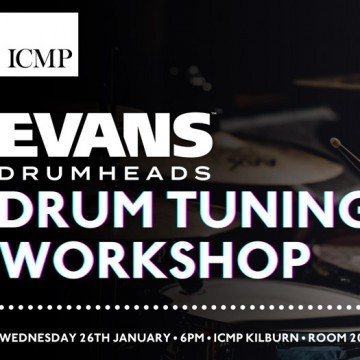