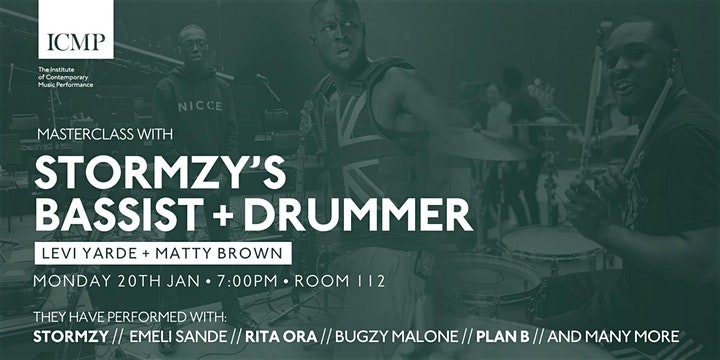 Matty Brown
Matty Brown has been playing drums from a tender age of one when his parents found him always hitting on his grand mother’s pots and pans. Matty’s career really kicked off when he won Young Drummer Of The Year 2013 and never looked back since. Following that accolade, Matty landed some great gigs with Wretch 32, Lion Babe, Little Simz, Shakka and Lady Leshurr. After being recognised for his playing he's become one of the busiest young drummers in the pop session world. Matty’s toured/played with artist such as Stormzy, Plan B, Rita Ora, Crystal Fighters, Fleur East, Jonas Blue, Jacob Banks, Dave, Aj Tracey, Not3s just to name a few and currently on the “All The Hits Arena Tour” with Olly Murs.​ Matty’s appeared on TV shows like Jools Holland, Graham Norton, Jonathan Ross, BBC Live Lounge, Olly Murs TV Special, Mobo Awards just to name a few.