How to build a show with... Iziah Yarde & Jamiel Blake

Home » Events » How to build a show with... Iziah Yarde & Jamiel Blake 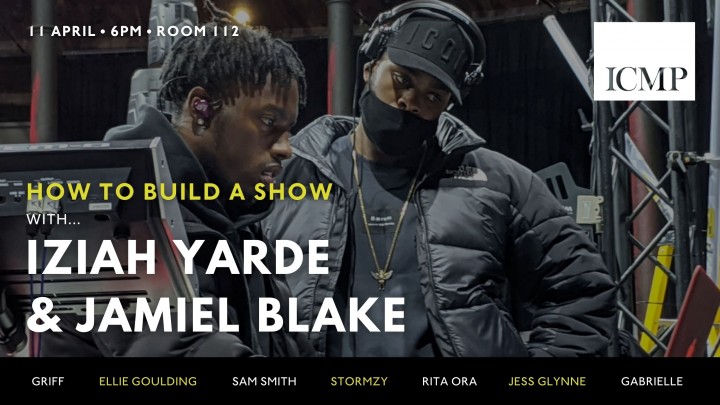 Iziah’s passion for music stems from his beginnings as a drummer; this arose from him playing pots and pans in his Grandmother’s kitchen at a young age. His opportunity to develop came through his local church, however, due to lack of keyboardists, he transitioned into playing keyboards to help out and in later years took an interest in playing the Hammond Organ. Today he is in high demand as a Keyboardist, Programmer and Musical Director. The last years have seen him working with the likes of Ellie Goulding, Stormzy, Gabrielle, All Saints, Jess Glynne or Little Simz.

Jamiel Blake has already established himself as one of UK’s most talented and sought-after drummers on the popular music scene. Jamiel started playing the drums at 12 years old in church coming from a Christian background. His eclectic style, ranging from Gospel to R&B to Rock/Pop is inspiring, different, evocative and bursting with untrammelled energy. His feel can be described in a variety of ways: powerful, hard backbeat, accurate and groove-based. Jamiel has worked with a variety of artists such as Sam Smith, Rita Ora, Ella Henderson, Jessie J, Jonas Blue and Mary J Blige.

Together Iziah and Jamiel are currently performing with Griff and they will talk about how they are building the shows for the Brit Award Winner before heading back on tour with her later that week.