'In Conversation' with Sodajerker

Home » Events » 'In Conversation' with Sodajerker 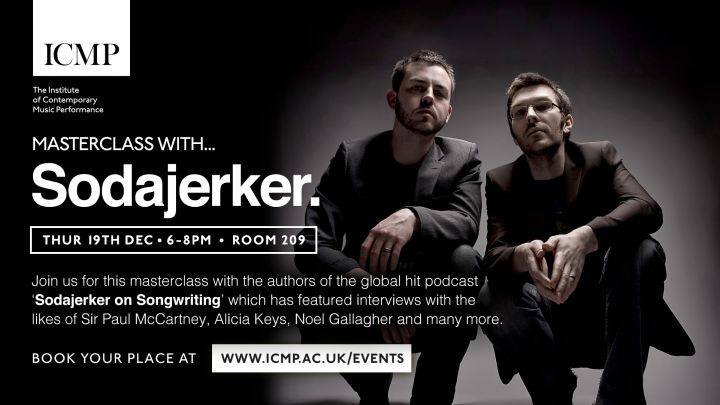 The Liverpool Songwriting duo 'Sodajerker' will be visiting ICMP to share their experience and their knowledge about different songwriting approaches.

The show has been downloaded millions of times, reached the charts in 60 countries, and received critical acclaim from the likes of The BBC, The Guardian, The Telegraph, Slate, NME, New Statesman and Entertainment Weekly. It was also the basis for the BBC World Service documentary The Secrets of Songwriting, which was produced by Sodajerker and broadcast to 210 million people in 2016.

The master class will include a Q & A session with students.