Careers Festival: One to One's

Home » Careers Festival: One to One's 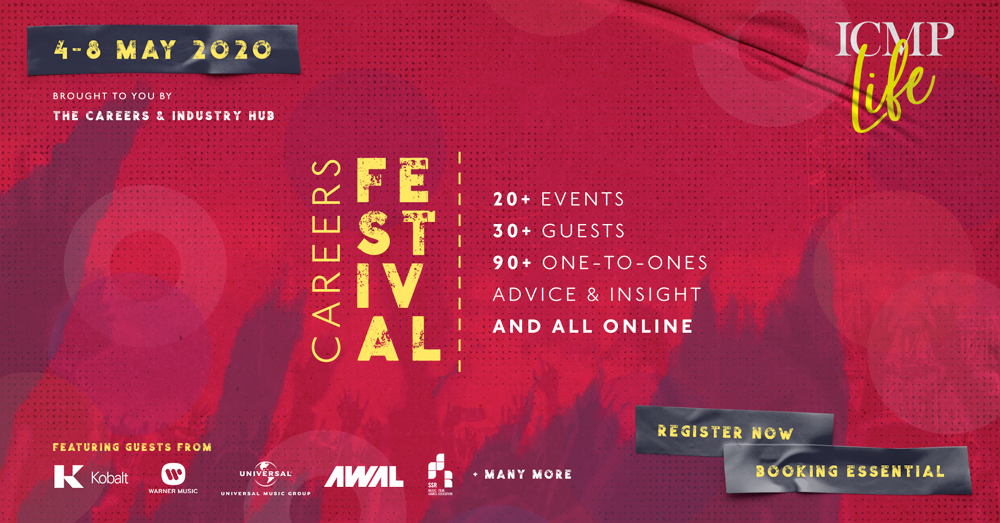 As part of ICMP's first ever online Music Careers Festival, you can book one-to-one's with guests from across the music industry.

These will be delivered via Skype and are booked on a first-come-first-served basis. Successful applicants will be contacted via email with further information around logistics and delivery of the one-to-ones.

Register your interest in these sessions using the buttons below. Please note that bookings are limited to one per student/alumni.

4th May | The Artist's Stage

Get Label A and R Feedback 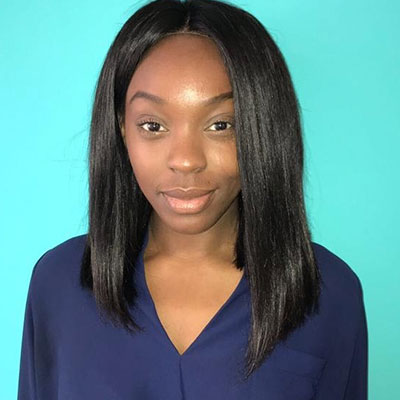 Jade is an A&R over at Virgin EMI Records. Jade works with BenjiFlow, Daniel Briskin & Darkoo. Her taste in music is very wide and she aspires to be the kind of A&R that can work with artists of multiple styles. Before joining Virgin, Jade worked at BMG Records for a year as a marketing intern - which was her first role in music.

Virgin/EMI represent artists such as; The Killers, Justin Bieber, Alessia Cara, Lethal Bizzle, The Chemical Brothers and many more. 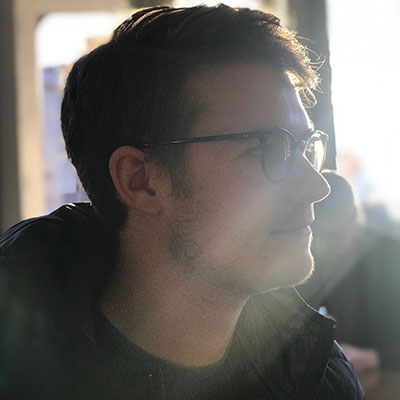 Michael is the A&R Manager at London based management company Closer Artists - home of George Ezra, James Bay, Lily Moore and Holly Humberstone amongst others. He primarily oversees the artists signed to the record label and publishing arms of the company as well as sourcing new producers and writers for the roster to work with.

Michael is of course frequently attending shows and always on the look out for new and exciting acts to bring in to the Closer fold. He also co-manages the writer/producer Nick Hodgson of Kaiser Chief’s fame. Nick has worked with the likes of Dua Lipa, Zara Larsson, George Ezra, Tom Grennan and Friendly Fires. Previously Michael worked in A&R at Sony Music UK for a sub-label of Columbia Records.

5th May | The Writer/Producer's Stage 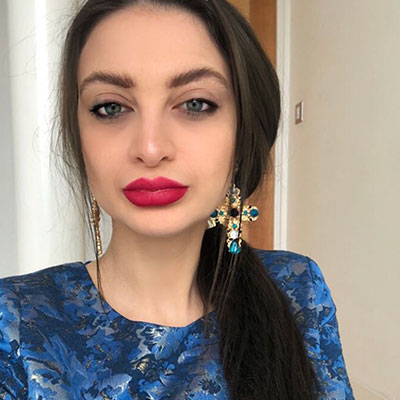 Growing up alongside the French electro scene, Claudia quickly discovered that music was her calling. So, after completing her studies in Paris, aged 19, she headed straight to the UK to pursue her dream.

She started to work in the music industry initially as an intern in music management for the company 141a (Jessie J, Alien, Ava Leigh etc.)  who quickly realised her potential and employed her as full time manager/director assistant where she worked for 4 years..Next she moved on to work as an artist liaison/booking assistant for Excel Bookings (Black Butter, Benny Benassi, Tropkillaz, etc.) before finally joining Phrased  Differently as a creative coordinator 4 years ago. Since then Claudia has moved to sync manager through to her current role as an A&R manager. She also manages the Dj act Trackhead alongside working full time for Phrased. 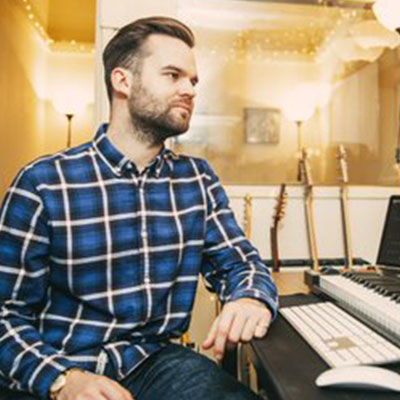 Jack Gourlay is a gold and platinum record certified songwriter & producer. As an artist he has been signed to Warner Music & Sony/ATV Publishing and has written with artists such as James Arthur, Jess Glynne, Jack Garratt & Tom Odell. Jack's most recent release was with Sony signed artist Rhodes and was featured on 14 New Music Friday playlists. It was streamed 200,000 times on Spotify in its first week following release.

In 2016 Jack co-founded Ferocious Production - a service dedicated to offering independent artists a fair and reliable route to achieving release ready recordings. Ferocious Production artists maintain 100% ownership of their master rights, are active in the entire creative process and pay on a track-by-track basis for studio time. Sessions take place at a dedicated studio in North London.

6th May | The Session Musician's Stage

Working as a Session Musician 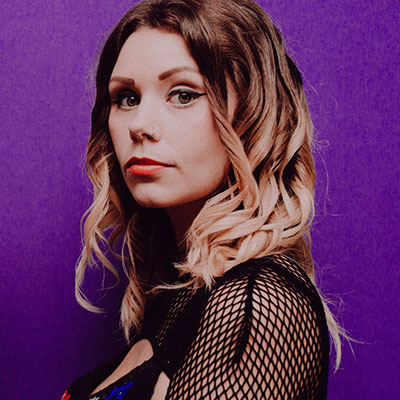 Collette Williams is a drummer and multi-instrumentalist with over ten years’ experience as a session player for some of the world’s biggest artists and record labels. She has recently been working as percussionist and backing vocalist for Blossoms including slots on Mainstage Reading and Leeds, Radio1 Live Lounge, Soccer AM, Maidavale sessions with Jo Wiley and a New Year’s special performance on Top of the Pops. They embarked on a huge UK tour earlier this year with performances still to come at Manchester Arena and a support tour with The Killers.

Her career began by working for record labels such as Sony, SYCO and Warners, including performances on the Graham Norton Show with artists such as Gabrielle Aplin and Shakespeare’s Sister. Alongside session playing, Collette’s band ‘Rews’ were the first full signing to Marshall Records in 2017. The duo toured extensively, playing up to 30 festivals a Summer including Glastonbury, The Great Escape, Isle Of Wight and Boardmasters.

Collette was named in Music Radar’s 'The 10 best new drummers in the world right now' list. Collette is also a drum tutor and has toured regularly as a drum tech.

7th May | The Careers Stage

Working as a Functions Act 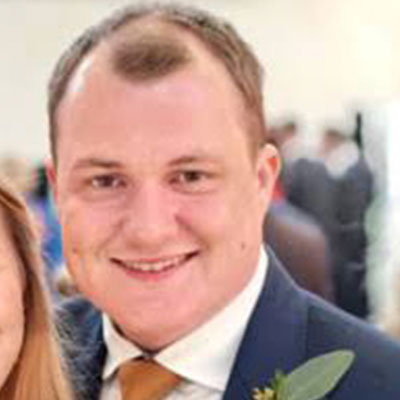 Adam has a wealth of experience creating and booking bands for the best events in the world - liaising with musicians, clients and technical suppliers. He was previously Head of Creative Development for ALR Music who organise talent for luxury parties, weddings & brand events for  clients who have included F1 Red Bull, Snapchat and Facebook. 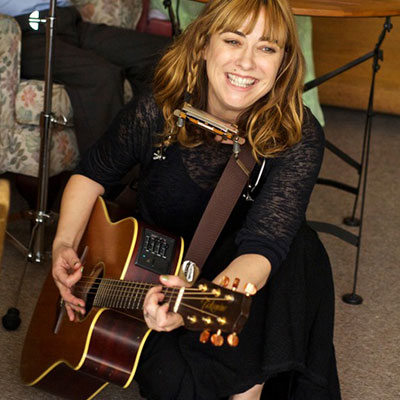 Melanie founded Music Therapy London after more than twenty years as a full-time singer/songwriter living, writing and performing in London and works with many clients who are unable to travel due anxiety, illness or disability.

Working as a Tutor 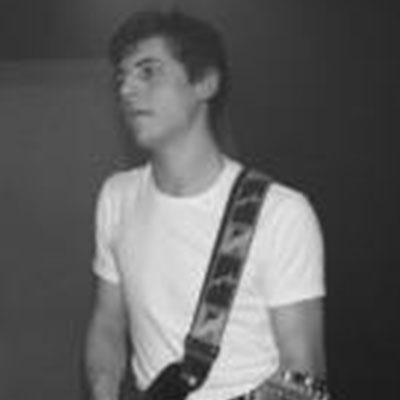 Since graduating from ICMP in 2016, Luke has been professionally working as a session guitarist and a private tutor. Between working for various agencies, as well as having a long list of private students, he has been able to balance touring and gigging with tuition.

Luke has had a major role in setting up the high-end entertainment company, Rattle & Shake, predominantly dealing with luxury and international events. As well as that he has been on tour with the likes of Amber Run, Smokie, and Nate James. 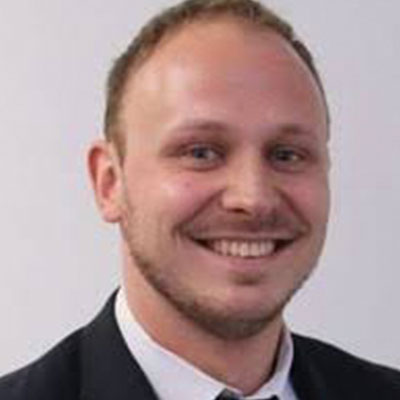 Oliver is Careers & Employability Manager at ICMP.  He has over 9 years experience as a Higher Education professional specialising in working with students from a wide range of international backgrounds focusing on developing employability and career development skills to prepare for work in a wide range of sectors.

8th May | The Music for Film, TV and Games Stage 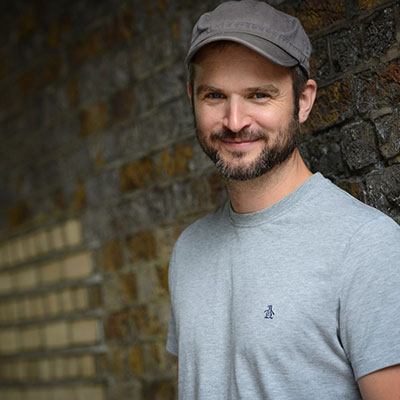 James is a composer and orchestrator working across a wide range of formats including major studio pictures, independent film, online series, pop music and the concert hall.

James has recently completed music on a campaign for IBM working with production company, Lonely Leap. Prior to this James worked for Bleeding Fingers, a collaboration between Sony/ATV and Hans Zimmer based in Los Angeles where he contributed to a number of shows including a National Geographic Special, ‘Mars: One Day On The Red Planet’.

You can find out more about ICMP's Careers Festival here.