Congratulations to our grad Ellie Best who has won a seat at the Women In Music Awards - we asked her how she did it... 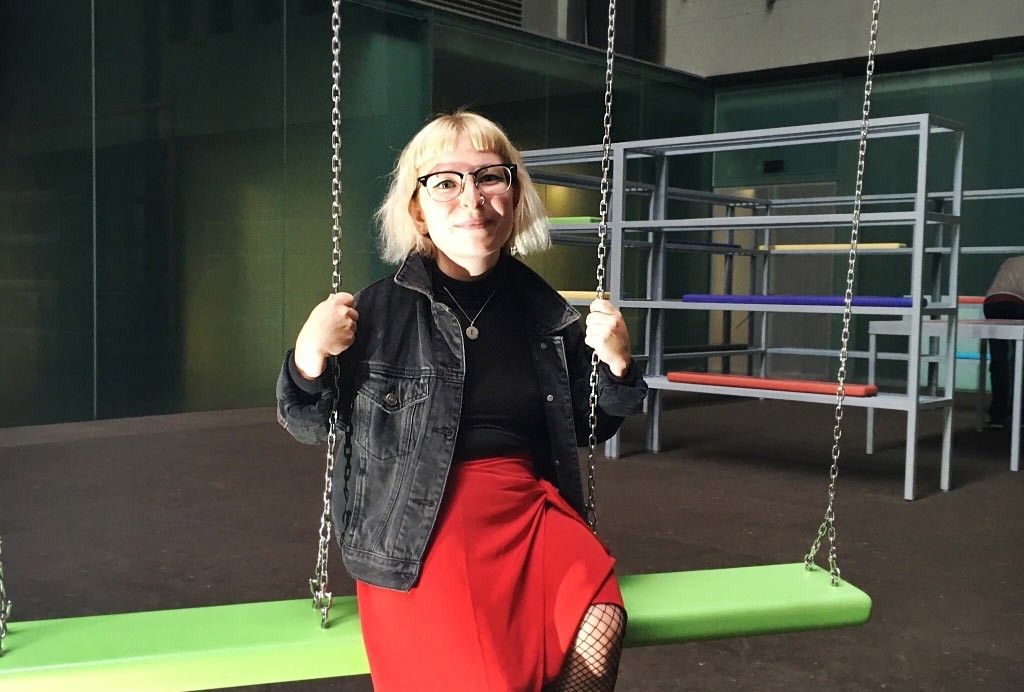 Equality, diversity and gender have never been hotter topics than they are in 2017.

It’s an issue ICMP music business course graduate Ellie Best has been keenly engaged with since her time studying with us.

Tonight (10 November), she’ll be attending the fourth annual Women in Music Awards, an event organised by UK Music, AIM  and Music Week to celebrate the most important and influential women from all sectors of the business.

Ellie has won a seat at the event thanks to a competition from Coda, Paradigm, ITG and Youth Music which offered four places to young women who might not otherwise have had the chance to attend the prestigious event.

Well done on winning a ticket to the Women in Music Awards - how did you get the place?

I was offered a ticket thanks to Coda, Paradigm, ITG and the Youth Music team. They offered the chance for four young women to attend the Women in Music awards, who might not otherwise have had a chance to go. To enter, they wanted a one-minute video that explained why being at these awards would be important to you.

The topic of ‘women in music’ is something I am incredibly passionate about. In the third year of our Music Business degree course, we were required to set up a new business venture and, for my project, I set up a scheme that was entirely dedicated to encouraging young people (particularly young females) to pursue a music career in the industry. My project (‘The Undaunted Days’) was about highlighting the current inequality issues, but more importantly, about ways in which we can challenge and amend these issues the music industry faces.

What do you think about gender equality in the music industry?

The music industry clearly does have a longstanding gender inequality problem - less than a third of jobs are filled by females, with 67.8 percent of roles taken by men. Senior level positions in particular are notoriously dominated by older, white males.

This gender imbalance in the music industry has so many different causes, which all require different solutions and changes.

We need to create more opportunities for women (of all backgrounds) to enter the music industry - and we need to encourage them to push themselves forward and take confidence in their skills and abilities."

But it’s not just the music industry that needs to be challenged. Creative industries across the board need to consider pro-active ways to increase female representation in their sector (women make up 13 percent of the UK's songwriters and composers, seven percent of film directors, 11 percent of screenwriters, four percent of the Music Producer Guild membership, 15 percent of UK games development industry).

This isn’t a case of females fighting against males in a battle to be listened to and heard - it’s a case of working together. The more inclusive and diverse creative industries are, the more they’ll thrive, grow and succeed. There’s still a bit of way to go, but I feel very positive about the future of equality in the music industry."

You have now completed your Music Business degree course at ICMP - what has been keeping you busy since?

Trying to find a job! Following industry developments is something I’m also very keen on. This really is an industry that is constantly evolving - and that’s what makes it so exciting! But it’s not all positive - there’s a real problem currently with the closure of grassroots music venues, and it’s important that we fight to keep them open.

What did you learn from your experiences at ICMP? What would you advise anyone wanting to study here?

The three years I had at ICMP London school of music were really fantastic. Our music business course covered so much and gave us so many experiences - from putting on live events, presentation and management skills, and even how to negotiate record/publishing/management contracts. We learnt how to form and argue opinions, and developed skills in being critical about industry developments.

My advice to anyone studying music at ICMP would be simply to just push yourself, trust yourself and to throw yourself into every opportunity available. Make your time at ICMP really count."

Who knows! I don’t like to future plan, but I know this is the industry for me and it’s where I’m going to stay.

by ICMP staff writer
November 9, 2017
Amplify your career
Back to Blog Home