Who sung it better?

They say imitation is the sincerest form of flattery and the process of covering a song, is often an artist’s way of showing their appreciation.

They say imitation is the sincerest form of flattery and the process of covering a song, is often an artist’s way of showing their appreciation. Over the decades, some songs have been so popular, that 10s or even 100s of covers have been made.

Plenty of students in our London music college have disagreed over which versions of a song are better, which wider debates across the music industry too. We’ve had a look at 50 well-known songs that have been covered, then using Spotify, YouTube and peak chart positions, to find out which versions are the most popular with listeners - cover or original?

The results are sure to surprise and help settle some arguments! Read on to see how some songs have stood the test of time and how the top covers compare. 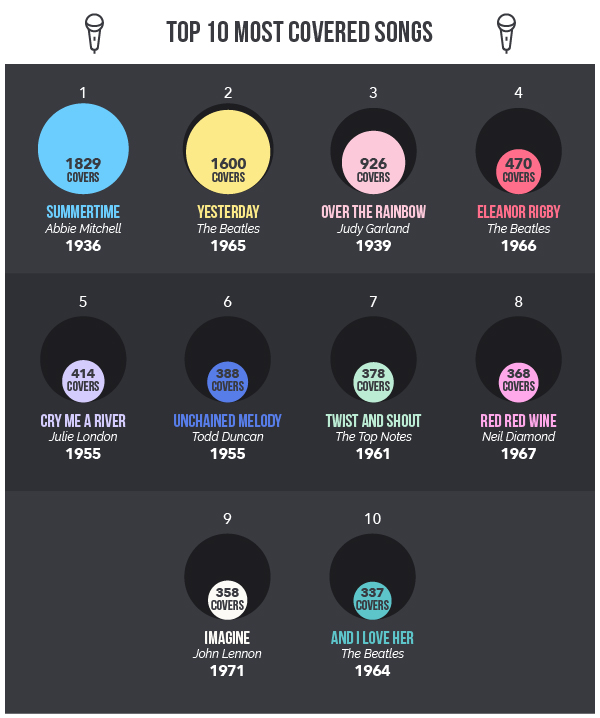 Upon release, some songs are so critically acclaimed that they are followed by 10s or even 100s of cover versions. From our data, we found that the top 10 most covered songs were covered a total of 3664 times with all but one originally released before the 1970s 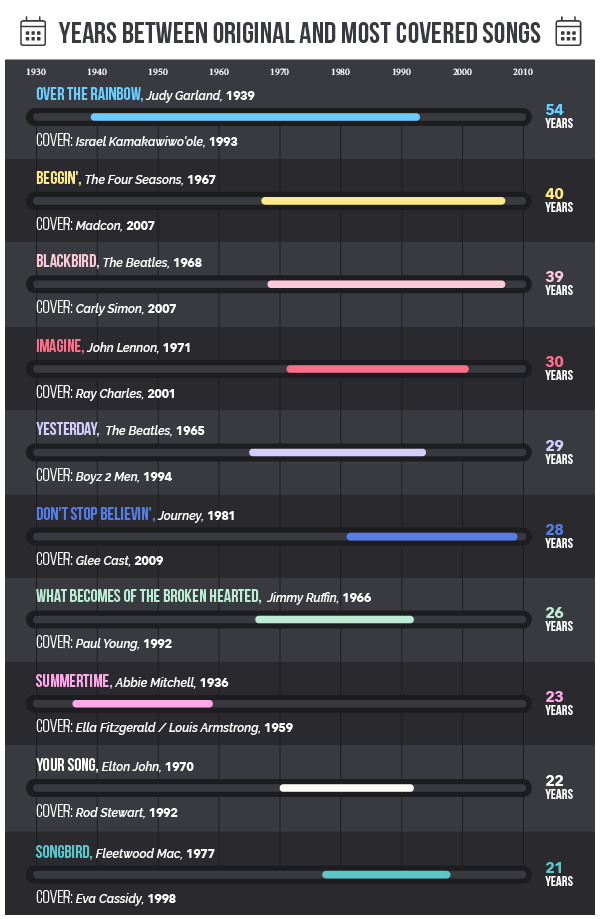 They say that good music never dies and in this case, these top songs had their most successful covers 18 years or more from the original release. More often than not, these songs changed in the genre, really reflecting the change in music taste over time. 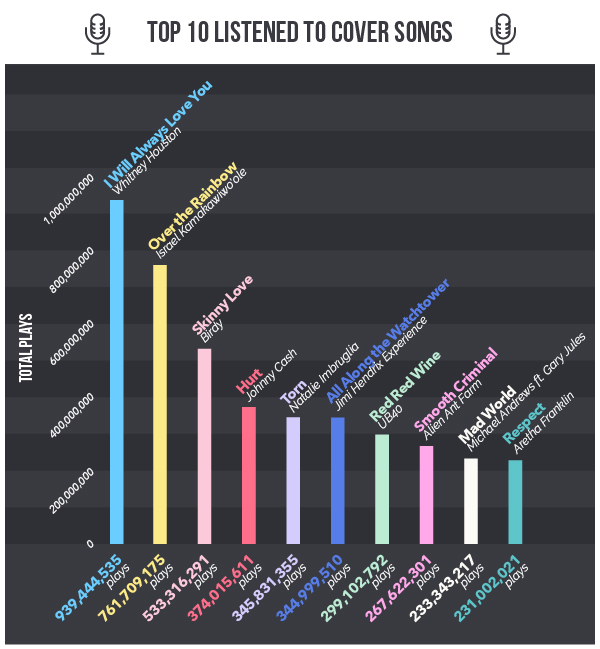 When it comes down to deciding, who sung it better, we found that the cover versions in our data came out on top, with 28 covers boasting a greater number of digital streams when compared to the original song. 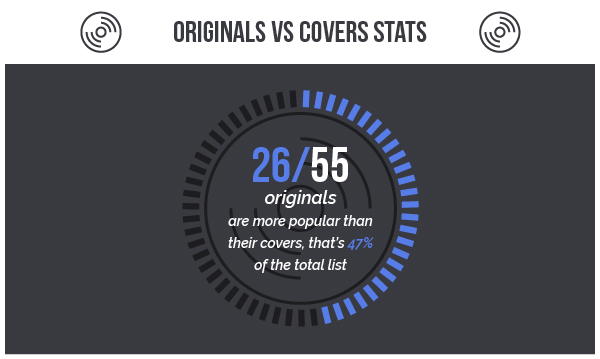 Below you can find the full data set we used, comparing the original song to the most popular cover version.

by ICMP STAFF WRITER
February 11, 2019
Insights
Back to Blog Home