Our first year vocals student Natasha Jenkins was busking in Glasgow when she was spotted by a TV producer and chosen to appear on Tony Visconti's Unsigned Heroes. We caught up with Natasha to learn how dreams can come true... 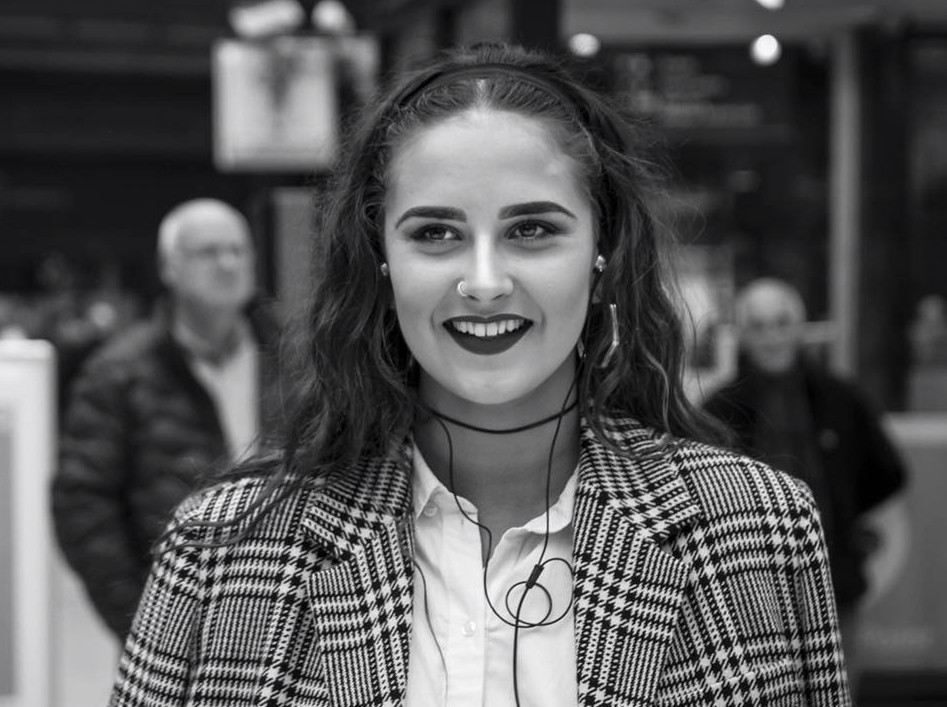 For new musicians, being picked from busking obscurity on a street corner to appear on a Sky Arts TV show is the stuff of fairytales. But for our first year vocals student Natasha Jenkins, it seems that dreams can come true.

Natasha was spotted by a a Sky Arts producer who was so blown away by her talent, she was put forward to play on the Unsigned Heroes series from legendary music producer Tony Visconti. Tony is one of the most revered studio experts in the business, having worked extensively with David Bowie on many of his classic records from 'Low' to his final 2016 release, 'Blackstar'. In the programme, the music industry expert secures the help of Grammy Award winning star of the Police, Stewart Copeland, and contemporary artist Imelda May on his hunt for new talent. Those chosen to perform play a song in front of Tony and his team of experts with the winners selected for a gig and tour at the end of the series. Although Natasha narrowly missed out on the final tour, it's clear that being profiled on the show has opened up doors for her and her music.
We quizzed Natasha about her experiences on the show, her studies here at ICMP and how it feels to work with a musical legend...
Could you explain how you got the gig on the show?

One day I was busking in Glasgow and a lady had been standing watching me for a while. When I finished performing, she came and put a note in my case along with some money. On the note were her details along with a message asking her to give me a call when I had finished busking for the day. By the time I got on the train to go home, she had already mailed my music page and tried to call me.

She turned out to be a Sky Arts producer who asked if I would mind being filmed for a programme with Tony Visconti. After a few months of back and forth, a date was arranged for me to be filmed. I was still unsure of how big this programme was going to be and I didn't know the prominence of Tony Visconti's impact on the music industry. Of course I absolutely love David Bowie and many of the other artists he has produced but I never knew the face behind all the fame.

How was performing for a musical legend like Tony Visconti? Did he give you any advice or tips on how to advance your music career?

On the day of filming I met this producer again with one of her colleagues who had a fairly average looking camera. I asked whether we were ready to go, and she replied: "Oh no we are just waiting for the film crew!"

My jaw dropped when I realised the huge amount of equipment and people coming all just to simply film me, doing what I know and love to do best - perform music."

I gave them two choices of songs to pick from, Ralph McTell's 'Streets Of London' and Leonard Cohen's 'Chelsea Hotel No.2'. On the day I decided to play Ralph McTell’s song and during the performance Tony came over and put money in my case. I couldn’t believe it. After the filming ended he came over and said to me: "I produced that song in 1971 and that’s the best rendition I have heard."

I was completely shocked he was so so lovely, he then asked the producers of the show if they could open up another slot for me to feature in his tour at the end of the series but unfortunately all the places had been filled. We had a nice chat about all the music we loved and had in common but the crew then had to pack up for the day and as quickly as it had begun it was all over. He added me on Facebook and told me to keep in touch as I was moving to London and he has a base here for recording.

You're a first year vocals student - how are your ICMP studies going? And what have you learned so far?

I'm absolutely loving my time here at ICMP so far, its amazing to be totally submerged in music all day, every day. I've learned to trust myself when performing in a new unfamiliar genre as everyone here is amazing at music in their own way. By trusting myself more, its helped me to grow immensely as a musician."

Aside from your studies, what else are you working on?

I have been working with MANNA productions while in Scotland shooting The Street and Garden Sessions, which are basically music videos that are almost like short movies. Our movie posted on YouTube a month ago is up at just under half a millions views.

A few weeks ago I was recording for Guy Chambers in Sleeper Studios for a song in a new movie coming out. It was amazing meeting him and getting to spend time with him in his incredible studio.

I have been working with Brendan Moon of Morse Code management back in Glasgow on a new project he would like to start with me. At the moment he is getting a team together and then we'll start writing and recording probably after Christmas, so there is a lot going on as well as everything at ICMP!

Watch a live video of Natasha performing below:

Learn to sing in London

If you'd like to join the likes of Natasha and study at ICMP Music College, then our Admissions Team are on hand to help you, call them on 020 7328 0222 or email enquiries@icmp.ac.uk.

You can also book yourself a place on our next Open Day to find out more about life with us here at ICMP.