Vicky Warwick | How To Be A Bass Session Musician

Bassist Vicky Warwick shares her top tips for success as a session player... 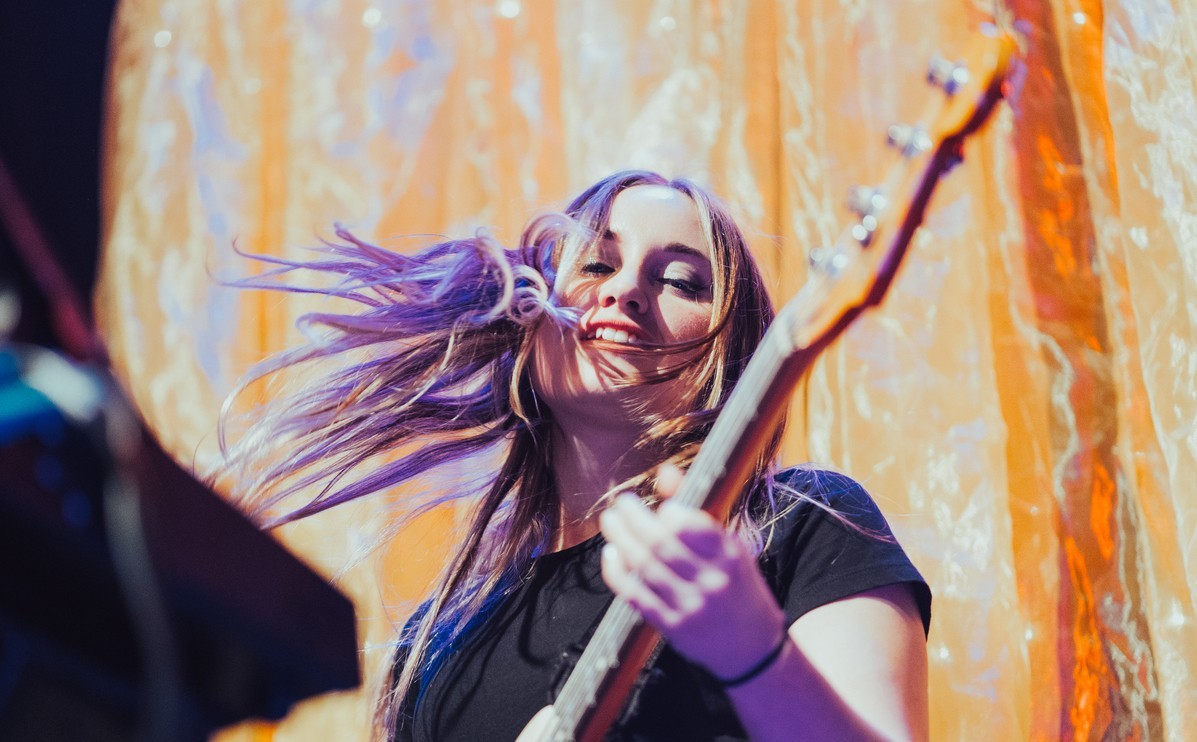 As one of the music industry's top players, we were delighted to welcome bassist Vicky Warwick to our virtual Session Musician series.

Vicky shared her advice and insight in an interview with ICMP drums alumna Hannah Montrose - and had plenty to talk about, having performed with the likes of Charli XCX, Guy Chambers, Hailee Steinfeld and many more.

Now based in LA, we've put together some of her tips and wisdom from the session for you below...

How did you get into music?

I started playing bass when I was 12. I had a friend who came from this musical family. She was going to start a band and needed a bassist. Like many other bass players, I ended up playing the instrument as there wasn’t anything else left for me to play.

I didn’t really know what a bass was - but I quickly became obsessed and just kept at it.

I also had a teacher who was really supportive. I never thought about it being a career but these teachers pushed me. They said: “Someone has to be a musician, so why can’t it be you?” That really stuck with me.

What happened next? Did you study music?

I was at school after my GCSEs, did A Level music, then and went to a music college. I took a year out in a job through the school - and this was crucial in getting a foot in the door. It was with Xenomania, this pop production house. They were developing their own artists and wanted to hire a band for them to play with - so five days a week, eight hours a day, I was playing.

How did music college prepare you for being a session musician?

So much at school was about preparing you for the wider industry. So, having to learn a song every week, get up and play it, you put so much focus into each song and performance. To have the critique from teachers and get you used to performing."

Even with streaming live performances, this is all good for the next step.

Your experience is more than just the course too - you can spread your focus across the music industry. Am I into recording? Am I into teaching? You can explore all these options - make the most of the studios and facilities - studio time is expensive! Make the most of your peers too - many of the people I was at college with are people I work with now. You need to network, then build these relationships.

How do you approach your set up for each artist?

If you work in pop a lot like me, then you will have a certain set up. It’s all about having a great bass and recently a synth bass. I’ve got this Moog Little Fatty which I picked up from Nate Williams who teaches at ICMP. He sold it to me a few years ago and I think he now regrets it!

So for me, the bass, the synth, Aguilar amps - for bass it’s more minimal than most people but it’s about having a good sound and some options too as you sometimes have to adjust your set up so you can play certain tracks. When I get a stem, the first step is to replicate the record, then think about what the Music Director (MD) might want - it’s sensible to have run through a few different sound and pedal options to be prepared.

How did you end up playing with Hailee Steinfeld?

It usually starts with an email - I came via a recommendation with someone I went to college with. They were a UK MD but looking for an LA-based musician. It started from there - luckily because it came from a personal recommendation it was fairly straightforward.

But with someone like Charli XCX, there was an audition. Thankfully I was successful - but if you’re new to this, it’s about getting your name out there when auditions come up. They often come through colleges and music schools. So be visibly networking, know what’s going on with your peers and your tutors. Show willing and show reliability when you’re at college. Sometimes artists will have bands built around them and I know social media is one way of gigs being advertised. So get your profile in order. Instagram is definitely a bit of a resume/CV for us all.

How has social media changed the life of a musician?

People didn’t connect as much through social media when I first started out in the industry - now it’s a key way to network. So, it's definitely crucial to be on these platforms.

But social dominates so it’s tricky to find a balance. There is also a danger you see something and it makes you think you’ll never be as good as that. You need to be careful to remember that.

What’s the difference between the UK and LA music scenes?

Before the pandemic, I was still trying to find my feet in LA. But it’s been great, this is where all the big pop production gigs are.

There’s also lots of other music too - lots of jazz, lots of bands, - it’s very diverse.

In terms of the scene, you have to have a different kind of confidence here as a musician. Americans have this reputation for being more forward. We’re more self-deprecating in the UK. So here I’ve had to stand up a bit straighter and a bit brasher - rather than being quiet or shyer. But it inspires me to up my ambitions and aim high.

You did some work with X-Factor UK - how did you prep for the songs and performance?

It is last minute a lot of the time so you need to be ready to take this on. I have different ways of getting to know the songs, from listening to it as much as possible and absorbing it to sitting down and writing out the structure.

And then when I rehearse, I make notes if things keep tripping me up. It might be going from the verse into the chorus - so it’s about guessing where your trip ups are going to be.

Even with pressured gigs, it’s important to practice but it’s also important to sleep and practice again and again. Taking breaks can be important.

As a session player, how important is it to read music?

In the pop session world, I’ve not been given a sheet of music - so it’s about your ear - but of course understanding harmonies, chord progressions will help you bounce off other players.

In London and NYC, I’ve used it in theatre.

I always advise players to keep up your reading. You don’t want to turn down a gig because of it. But then it also depends on what you want to do in your career. Your ear is your friend."

It depends on the tour - but if you’re playing venues and cities - for someone like Charli XCX, we’ll be on a bus driving to the new city the night before. Musicians have an easy day, wake up, the tech sets up your equipment, you have a soundcheck.

Tour can become a bit monotonous, so it’s cool to have something going on at the same time, whether it be photography or writing a blog.

What have been your stand out moments?

Doing a gig in Sydney with Charli XCX and playing on a boat in the water. I could see the Opera House, the sun was going down. I was like this is amazing. But that’s the beauty of music, it can literally transport you to a whole other world.

Watch Vicky performing at Glastonbury with Charli XCX below:

by ICMP staff writer
February 11, 2021
In the studio
Back to Blog Home