Our alumnus gets to grips with KORG's Volca Keys polyphonic synth in his latest review... 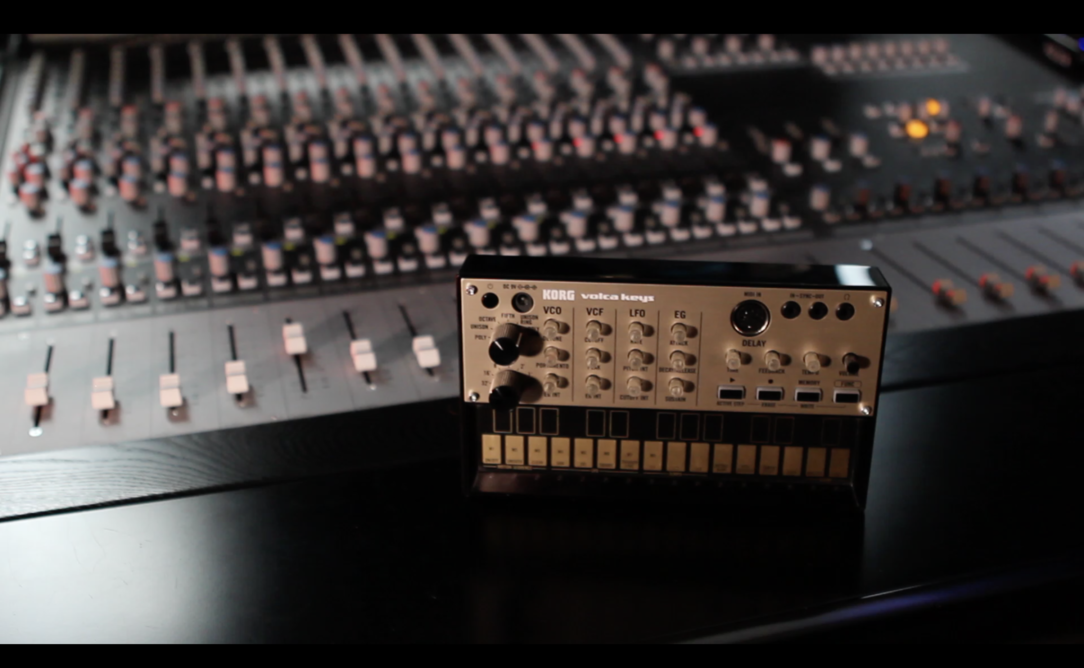 It is safe to say that for the last 40 years, Korg has designed some of the most iconic synthesizers ever invented.

Some of the best and most loved include the MP2, the Korg organ, MiniKorg polyphonic synth 700s, PS3300, VC10 vocoder and many more.

In this review I will be talking about the Volca Keys polyphonic synth, an affordable and very handy piece of gear that you can take with you anywhere and have great fun with!

The Volca Keys is part of a series of boutique portable synths and drum machines you can link up with each other to create a huge wall of sound. These devices are commonly used by creatives to experiment with sounds and basic “synthesis”.

Some of the other products from the series include the Volca Beats and Volca Bass which I will also be reviewing soon here. In the meantime, let’s look in more detail at what’s possible to achieve with the Volca Keys on its own.

A synthesizer is an electrochromic music instrument that generates audio signals. Synthesizers create audio through a variety of methods including subtractive synthesis, additive synthesis, and frequency modulation synthesis.

One of the first forms of synthesizer was the Theremin. This was a monophonic instrument invented in 1919 that could be played simply by waving your arms between the two antennas and disrupting the  electrostatic field between them.

Later on, in 1952 Harry Olson from RCA created the first synthesizer, a device that generated sound via 12 electromagnetically stimulated tuning forks.

This was a rudimental version of the most common synthesizers we know. It was reportedly controlled by information punched onto a roll of paper tape, and was impossible to play spontaneously. It wasn’t until the first Moog that the concept of synthesis started to become more common and various improvements were finally applied to offer more control over the machine. 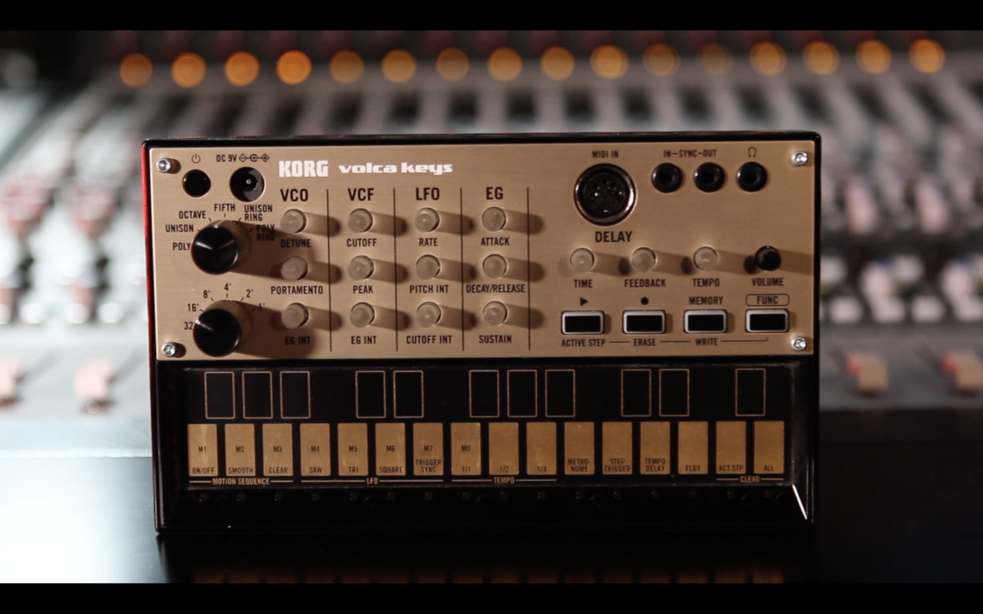 The Volca Keys is a three voice analog poly synthesizer, with 27 multi-touch keys and a number of useful features including a delay panel with adjustable time, feedback and tempo buttons.

Having a close look at the instrument will show you how the Volca has a great range of modules for us to play with and use.

Starting from the top left the two spinning knobs assign the voice of the wave (Poly, Unison,Octave, Fifth, Unison Ring, Poly Ring and the octave). These are part of the VCO (Voltage Controlled Oscillator) from where you can also play around with detuning and changing the pitch of the wave and intensity.

Moving on to the next module, we have a VCF (Voltage Controlled Filter). Here,  you can decide the cut off of the filter and how much sound you want to have in the wave.

Next to it we can find the LFO (Low Frequencies Oscillator), a slower operating oscillator. It usually can’t be heard in itself in the signal path - it’s used to influence other synth parameters instead.

Last but not least the EG (Envelope Generator) is generally used to apply volume, dynamic and performance, also known as ADRS (attack, decay, release and sustain).

These four modules are the core elements of the Volca. From here you can shape the sound to create one that suits your purpose.

The great added value of this portable device is the delay section. This is quite unusual on synthesizers and makes this a bit more special than others. It is possible to record up to four bars looped and overdubbed on top of each other while recording.

The function button operates the hidden functions on the Volca such as the sequencer, metronome, LFO wave shape, step trigger, tempo delay and the flux.

Overall this is an amazing device. However, the only downside is the build is not the sturdiest, the buttons are all plastic and so is the frame, most probably because this device is not intentionally made to be carried around on tour. It is predominantly a creative tool that often lives in production studios. It’s still great to use for jamming and putting ideas down as well as experimenting with sounds outside the box.

I can't recommend this more...