Ellie Giles shares her first-hand experience as a manager of male artists... 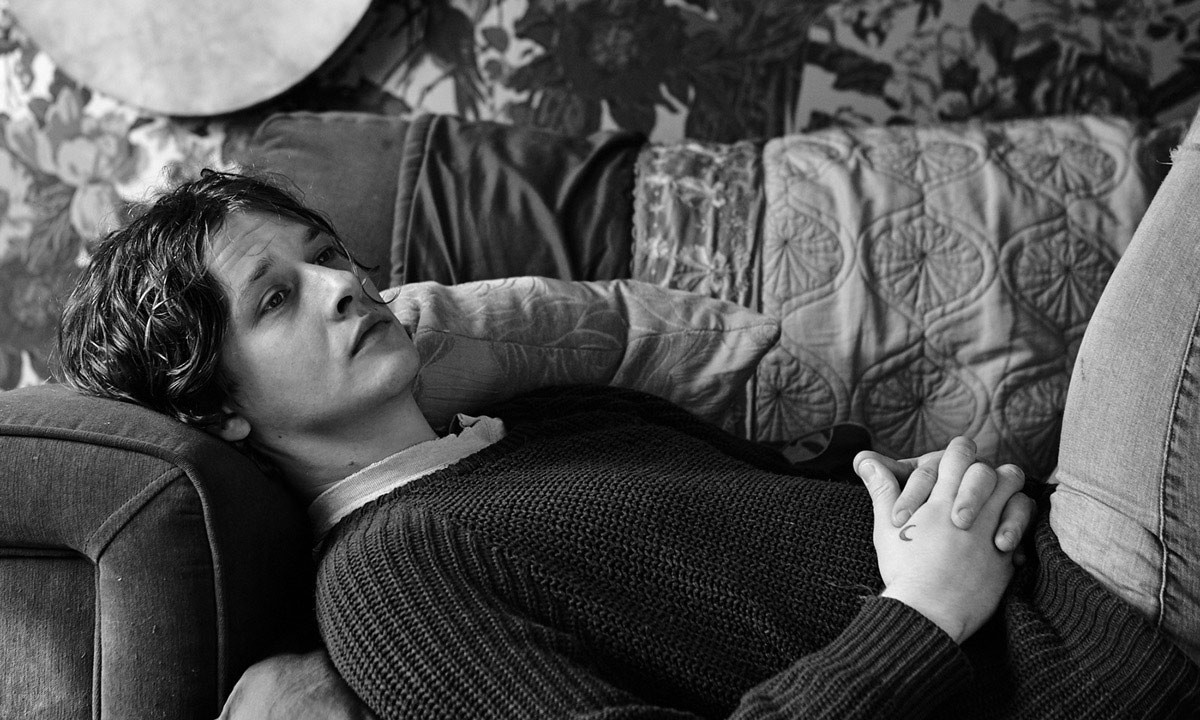 Ellie Giles, the founder of Step Music Management, recently joined us for an online conversation around Men's Mental Health in the Music Industry.

As an experienced manager, Ellie has mainly worked with men, including singer-songwriter and producer Bill Ryder-Jones who has openly spoken about his mental health. During the event, Ellie and Simon have discussed their experiences with men's mental health, as well as providing advice for both managers and artists.

It is widely known that men are less likely to access psychological therapy than women, due to the stigma surrounding men's mental health. Depression tends to be seen as a sign of weakness and men feel like they should always be able to control their feelings, never asking for help. In addition, men tend to believe that talking about depression makes you a burden to their friends/family and therefore doesn’t help.

According to a survey conducted by Record Union in 2019, 73% of indie music makers have experienced some sort of anxiety and mental health issues, being up to 3 times more likely than the general public to be affected.

Does this resonate with your experience?

Let me just say that at first, I was unsure about talking about this subject because, well, I’m a woman! But then I realised I could talk about it because I’ve had close experience with it. I've been managing Bill Ryder-Jones for 8 years now and he’s talked a lot about his mental health. I find managing men very different from managing women; some men aren’t very good when it comes to their emotions. Even Bill; he is good about talking about them but not good with dealing with them. 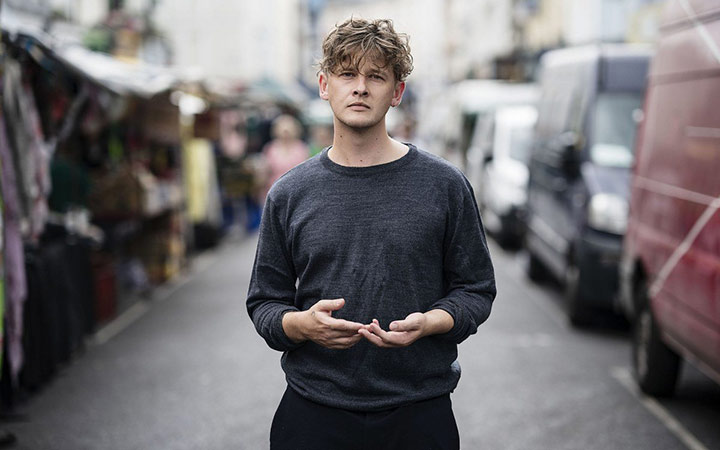 Some of my clients completely ignore their emotions, they work, work, and work, though I know they have been in very dark places. I only get snippets of where their emotions are at. There is a huge amount of shame which means they're not able to openly say that they're struggling. They ignore it and make it worse. I got one of my clients into therapy when I started working with him but he still calls his therapist 'the shrink’. He thinks he’s mad, he stills sees it that way. Let's not forget that men as children get humiliated a lot for crying and showing their vulnerability, which results in the shame becoming bigger and bigger.

There are a few things specific to the music industry that can impact mental health. Touring is one of them. What's your experience with this?

With touring, especially when for long periods, you're away from your friends and family, probably drinking and perhaps taking drugs, living with little or no sleep. You’ve taken away your structure, stability and home comfort. You play a show, get massive cortisol high, then you naturally get a beer to come down instead of coping with it by grounding and chilling.

Sometimes you can learn to deal with such difficulties on your own, while other times you may need to ask for help. I have conversations with my clients and try to be there for them. If something isn’t right, they know they can talk to me, they will always find an open door. I never get to the point where their mental health is hugely affected. If it is, I get them to talk about it.

At the same time, I put boundaries with them. They're driving the car, I'm only the navigator. My clients know they can message me until 8 pm, then that's it. On the weekend, unless they're on tour and urgently need me, they know they can't contact me. There are rare exceptions. It’s previously happened that I was worried about some of my artists, I knew they were not in a good place, so I’d text them every day, letting them know I was thinking about them. That's the greatest gift you could ever give them.

It’s also important to have a healthy relationship with the crew. It’s a family and everyone needs to be alright. There can be very stressful times, but if you build structure, healthy habits, and support, that really helps.

Another recurrent theme seems to be the financial and artistic pressure that comes with being an artist.

Absolutely. The whole industry should take a cold look at itself. When I was at Universal there were so many times where they would demand so many things from artists cause it was 'good for the business'. Artists are people, not machines!

Financially it's hard. When I took on Bill I soon realised he hadn’t looked after the money he made previously with The Coral. I got an accountant to set up a business account for him and he agreed to only get a wage with no access to any of that money. He's grateful now as he was able to survive during the lockdown, there was money in the pot for these rainy days. I try to build a structure for him; I'm self-employed too and I know how hard it is. 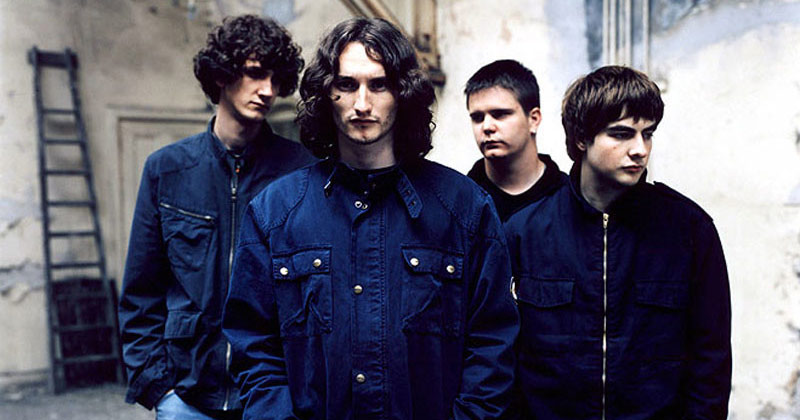 Back in the day when I signed The Music, I was going to join their management team at Coalition (also working with The Streets and The Zutons), but it didn't work out. Tim and Tony, the founders of Coalition, still taught me a fundamental lesson in how to successfully establish an artist's financial stability. Their process was this:

If a band's first record was a success, they'd put the artists on a fixed wage - allowing them to save money - and look at getting a mortgage. If the second album was doing great too, they would try to finish paying the mortgages. This resulted in all members of these bands owning a house! I still think it's impressive.

Artists have a creative vision and sometimes they feel like they have to do things for money that are not necessarily part of that vision. This happens in everyone’s life really, but perhaps for artists, this tension is much stronger?

There is tension, definitely. Getting that balance between money and creativity right is tough! I'm a strong believer that if the narrative is right the money will come. You have to work on what you need in the long term. I am always supportive of an artist working any job on the side to help to build the narrative they want, rather than doing the wrong move – something they don’t feel fits within their creative vision.

Bill, for example, is very honest, as he would usually only work on stuff he really feels can fit within his narrative. You feel that pressure much more in major labels, at least in my experience. Anyway, it’s vital to do what’s right for you and listen to your inner drive. There are two really good books about this I'd recommend: Drive, by Daniel H. Pink, and The Artist's Way, by Julia Cameron.

Let’s move onto self-medication, a topic very known to the general population. We could say it's part of normal human behaviour to a certain extent until it becomes problematic. There seems to be a pattern in the music industry with this – alcohol and drugs – they may be numbing but not helping. They're a temporary cushion, but in the long run, they may end up feeding the problem, likely to lead to more anxiety and depression.

When I started working in A&R I used to drink a lot. It was seen as a thing you had to do to be part of the scene. It’s still there now, perhaps less stigmatized, though the first thing on a rider is always booze. You’re self-comforting, but it's not healthy, you’re pushing things down and perhaps stopping creativity. You can turn into an addict and don’t really recognize it.

Bill has panic attacks and would usually take medications to help with them. It’s now been 7 days since his last attack and I’m so happy he’s managing to tackle them with therapy. He sees his trauma therapist 3 times a week and he’s slowly getting better. In my experience, drugs and alcohol are always a mask for something that’s darker – I’ve got many friends in AA, but the darkness doesn’t leave them. You have to deal with it. I personally don’t drink anymore – I don’t see the value. I like sleeping, feeling ok, being active. It’s hard to be sober when there’s not that culture of being sober.

How do you define the relationship with your clients? How can you be their friend while keeping a distance?

Boundaries are hugely important. My clients can’t take all my space and all my time but it's very clear to them when I’m around and that they can count on me when I am. It’s good for both of our minds – they know when they talk about business and when they can be free to do anything else they like! One thing I think some managers get wrong is that they think they should be open about everything with their artists. I don’t think it’s fair to tell everything about me to my clients as they do have their own stuff to sort out already.

To reach out for help is the hardest thing you’ll ever going to have to do”. Bill Ryder-Jones

Don’t get me wrong, I have told Bill about losing my nan, but that’s probably because we’re closer as I’ve been managing him for 9 years. We still don’t talk on a weekend, we still create boundaries, but we're like brother and sister, in a certain way. Also, people thrive within boundaries! All working relationships need to be healthy. We need to look after each other and boundaries are a way through which that happens.

'My brain is my brain and I can’t change it.', this is what Bill used to say to me. And I would tell him that it can change! If you do the work, and you want it, these things pass. They're not going to be there forever. Even when you’re in your darkest place, you can make it. I know because I've been there.

PS. Bill now agrees with me. He realised he can change. He wants to have a better future.

We'd like to thank Ellie for sharing her experience and advice for our male-identifying community.

Campaign Against Living Miserably (CALM) - contact them on 0800 58 58 58 or chat online at thecalmzone.net

by Lara Magnelli
August 7, 2020
Insights
Back to Blog Home