Home » Blog Articles » Martin Atkins: How to make it in the music industry

Martin Atkins: How to make it in the music industry

Read some essential tips on how to succeed in the music industry from the entrepreneur and Pigface head honcho... 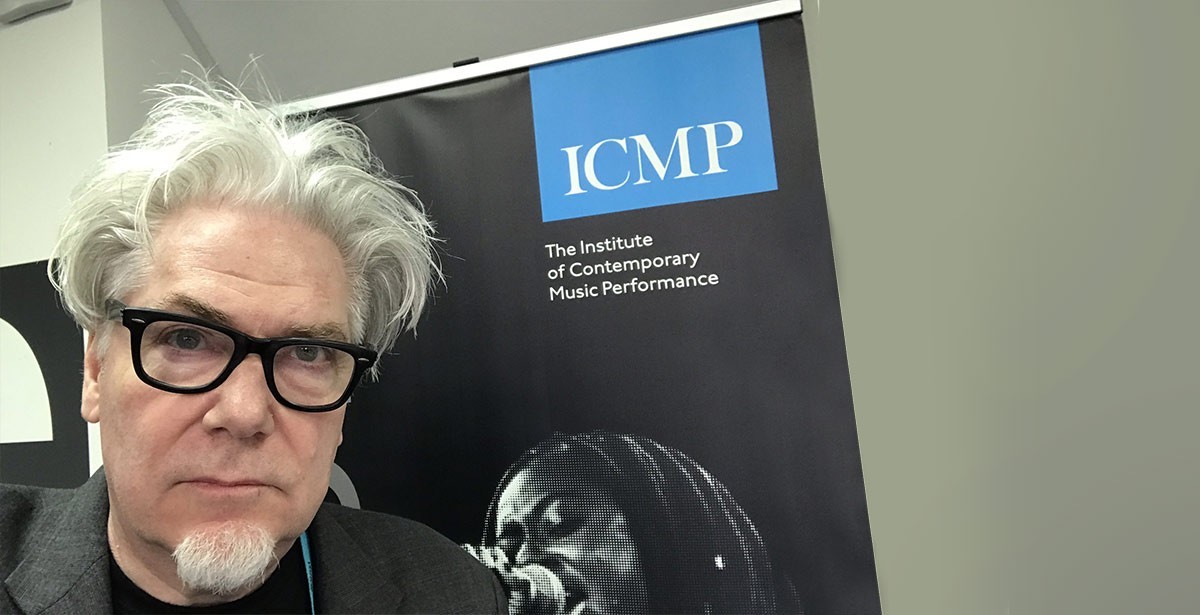 As a member of the legendary PiL, Killing Joke, founder of industrial supergroup Pigface and performer with Nine Inch Nails, Martin Atkins has more music industry notches on his bed post than most.

The 59-year-old has enjoyed a colourful career and with so much experience to draw on, it’s unsurprising he’s now a much in-demand industry expert, educator and thought leader with numerous books to his name and a role as music industry co-ordinator at Millikin University in Decatur, Illinois.

We were delighted that Martin found time in his hectic schedule to come in and speak with our Music Business students last month.

Over the course of a blistering two hours, he took us on a crazy ride through his career. Here’s what we learned from his talk on how to succeed in the music industry…

The craziest thing I have ever done was to say yes. But I think that’s really important. Say yes to everything, especially if you don’t know where you’re going or the opportunities you want.

Looking back, there wasn’t a strategy. If I was going to strategise stuff in the future, then I’d strategise some crazy right and left turns. Don’t be so focused on what you want to the extent where you close yourself off to doing interesting things.

My grandad would have said concentrate on one thing. Don’t be a jack of all trades and master of none. But you have to be a jack of trades. I’m a great drummer and I’ve done a lot. People would pay me to drum on their music – but if that’s all I was doing, if I was the guy with the drum sticks in my pocket, people would just avoid me. I can surprise people with other stuff I do - books, coffee, gin, teaching, record labels…

It’s super easy as an artist or label to do digital. But I strongly recommend creating a physical object. Physical goods are the way you get attention.

You could say: “here’s my album as physical object, it’s bolted to a VW bus – it’s ridiculous but we can’t play it.” Or one band put their album in a sandpaper sleeve so it destroyed itself when it was taken out. You need to get people’s attention and physical goods are a way to do that.

Creating something physical challenges artists to create something and define their brand. Are you nasty and abrasive or warm and cuddly like a kitten? Will it cut you and send you to the hospital? Or do you want to lie down with it and sleep?"

You should also remember that once you touch something it makes you 60 percent more likely to buy it.

Do things that fail

I do stuff that’s crap and that’s failed. When you do more, it’s easy to appear that you know more – but there are horrifying failures along the way.

Great things happen when you do stuff, nothing happens when you don’t."

Jump in and do it and try and make sure it doesn’t put you at risk or loses you lots of money. Don’t wait at home waiting for something to happen or the perfect thing.

Think about the story at all times

If you are an artist or want to manage an artist, think about the story. If the story is: “I’m working in the studio and here’s a picture of my bass guitar” then that’s not good enough. It’s too mundane. You need to work harder and be more creative.

There’s a great story about a journalist who bought 200 objects from eBay for 200 dollars and hired 200 authors to write a story about each object. They put all these items back on eBays with the stories - and they made $8,000. If you have a story, that’s a great way to get traction.

We did a show where the gig turned into a massive banana fight. Years later, people still remember the show. Whoever was at that gig, will never forget it – if you can change the context of what was happening, then people will be delighted. And people like to spread stories that are interesting and exciting.

by Jim Ottewill
November 27, 2018
Creators
Back to Blog Home