We profile some of London's best music venues... 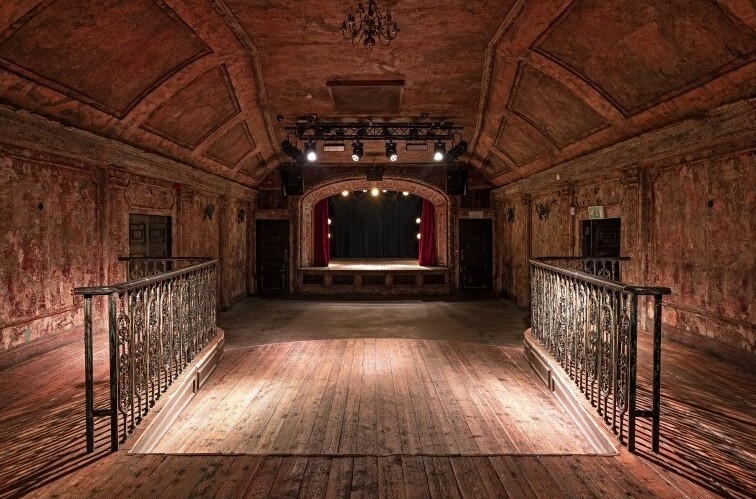 London’s reputation as the home of live music has been an accolade the city has worn since the swinging sixties.

From the Rolling Stones to the mods, punks then the indie scenes of Camden and Brit Pop to the present day heroes of UK grime and jazz, London is firmly established itself as a centre for live performance and one of the must-stop destinations in the touring musicians’ diary.

Statistics from 2016 underline this. In that year, the city hosted the most live gigs in Europe and had the third highest number from across the globe while the live industry generated up to £1bn for the UK economy. Although, the pandemic has had a huge impact on London’s gig scene, its network of great venues means it is well placed to continue to develop its reputation as a hub for live music as restrictions ease up.

With our new Live Event Management degree, there are more opportunities for our students and alumni to take centre stage than ever before.

Here are ten of the best music venues in London: 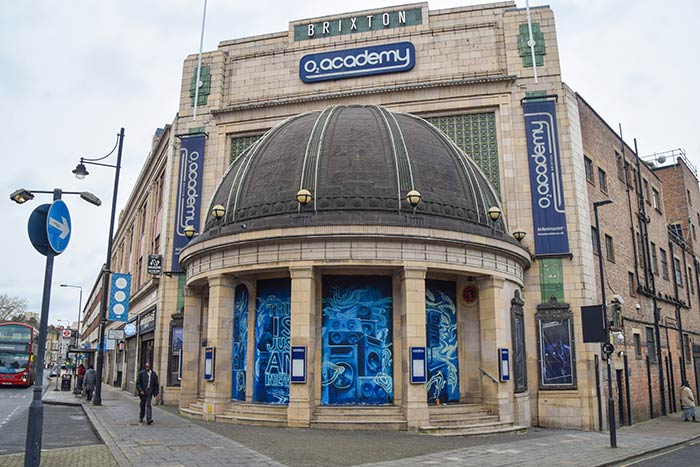 Brixton Academy is a right of passage for gig-goers and bands in the capital with its 5,000 capacity and sloping floor adding up to a room bursting with energy.

The likes of Idles, The xx and The Specials have all hosted residencies there while it’s the London venue of choice for DJ and producer Four Tet to host his impromptu parties.

First opened as a cinema and theatre, the venue has enjoyed different incarnations. The O2 took it over in 2008 and its reputation has continued to grow. The Smiths played their final gig at the venue in 1986 while numerous acts such as Moby, the Fratellis and New Order have all recorded live albums in the space. You can check out ‘Live At the Brixton Academy: A riotous life in the music business’ by previous owner Simon Parkes on many of the tall tales behind the venue. 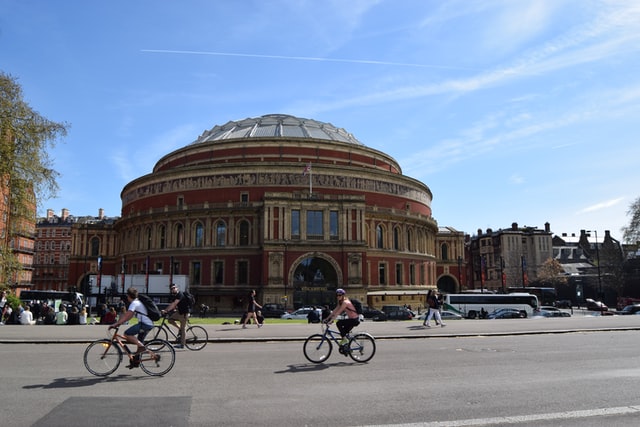 Few spots in the capital are as prestigious to catch live music than the Royal Albert Hall.

The auditorium, with its eye-catching fibreglass acoustic diffusers (fondly nicknamed 'mushrooms') hanging from the auditorium ceiling, celebrated its 150th anniversary in 2021, showing how it has managed to overcome numerous challenges during the passing of time. Opened by Queen Victoria in 1871, the venue is thought to host hundreds of events every year across its different spaces.

Everyone from Sheffield rabble rousers the Arctic Monkeys to Muhammad Ali to Beyoncé and Shirley Bassey and many, many more have performed in the main arena. Other notable moments in its history include hosting a seance and the flooding of the auditorium with 56,000 litres of water for an opera concert. 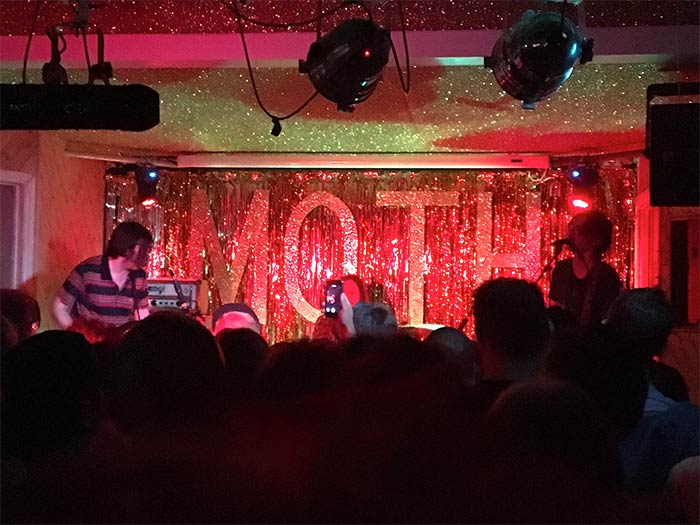 Tucked away in a corner of Hackney in East London, this former servicemen’s club has seen some of the world’s biggest music stars grace its stage. Everyone from Lady Gaga to the Foo Fighters has played there alongside many of our most rapidly emerging bands and acts.

The decidedly leftfield booking programme features cabaret and bingo alongside the live music gigs. With decor harking back to its early life including wooden walls and red leather seating, few venues offer such a unique place to witness live music.

Fun fact: the M.O.T.H. in its name stood for the ‘Memorable Order of Tin Hats’, after the helmets worn by British soldiers. 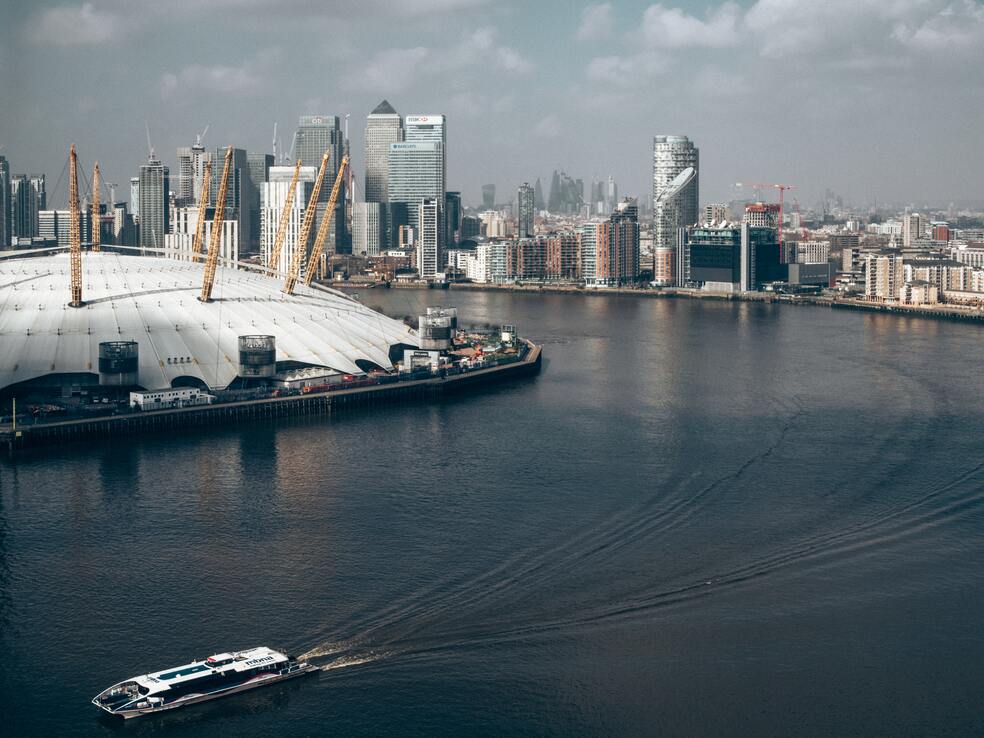 First built as the controversial Millennium Dome to usher in the new decade, the O2 Arena has become one of the biggest and most important live music stadium in the UK.

Located near Greenwich next to the new Design District, many musical icons have made their space their own including the brilliant Prince who took on a 21-night residency in 2007 to help herald the venue's opening.

After nearly 30 years, rock titans Led Zeppelin used the O2 as the location for their reunion gig in 2007. Their tribute show to Atlantic Records founder Ahmet Ertegun saw more than 20 million people applying for tickets to the show. Other highlights over the years have included memorable sets from Jay-Z, Lady Gaga and many more... 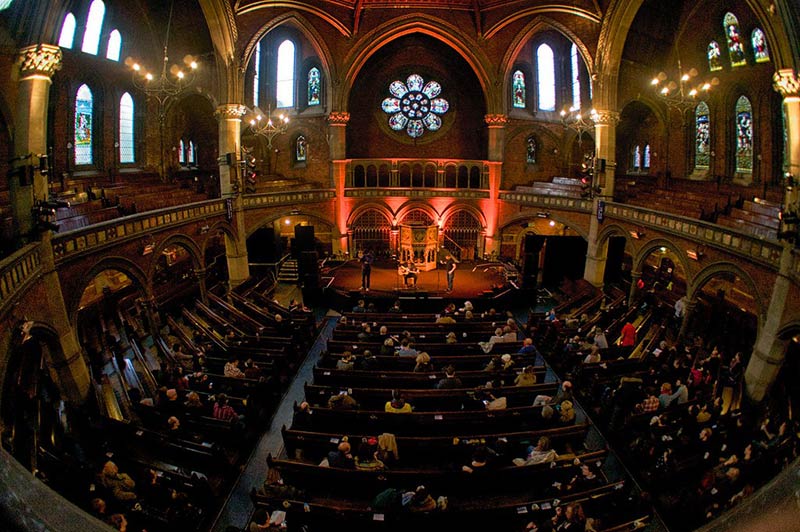 The Union Chapel is located in Highbury and Islington but is an oasis of calm and tranquility compared with the hive of activity in the surrounding area.

Built in the late 1800s, this chapel was originally a popular church before falling into decline after the Second World War. However, the local community collaborated to keep its door open with the space now a working church alongside being a choice spot for live performance.

With hundreds of gigs each year, it's attracted some of the world's biggest stars to take advantage of the stunning acoustics the space is known for. The likes of Tori Amos, Bjork and Elton John have all played there with Teenage Fanclub and jazz artist Matthew Halsall due to perform in 2022. 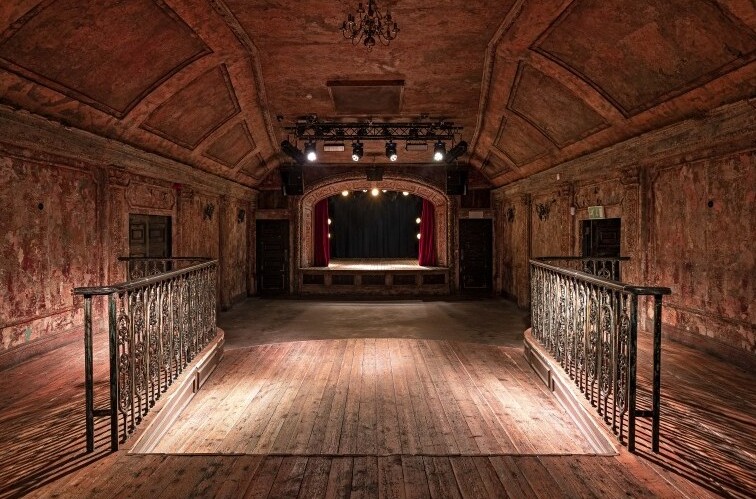 Omeara, located near London Bridge, is a relative newcomer to the capital’s live scene (unveiled back in 2016) but has already established itself as one of the city's most important venues.

The space is run by Mumford & Sons’ Ben Lovett and is known for its great acoustics thanks to the bare walls and exposed arch roof alongside different spaces including a brilliant terrace bar.

So far, artists ranging from the Pretenders to Biffy Clyro have all performed there while a number of club nights also call it home. It was also the scene of our end of year, Outro event…

Originally a cinema, then a snooker hall, this new venue was opened with great fanfare in September 2018 in the heart of Hackney's Kingsland Road.

A prime spot for hipsters and music lovers alike, the space works hard to ensure it not only books brilliant leftfield talent but ensures the way it operates is "inclusive and reflective of the way in which great cities like London thrive on variation, integration and forward-thinking".

This involves being a signatory of the Keychange initiative and pledging to work towards a 50/50 gender split in its programming by 2022.

Some of the artists to perform on its L-ISA technology-based soundsystem this year include Yard Act, Emma Jean-Thackeray and more... 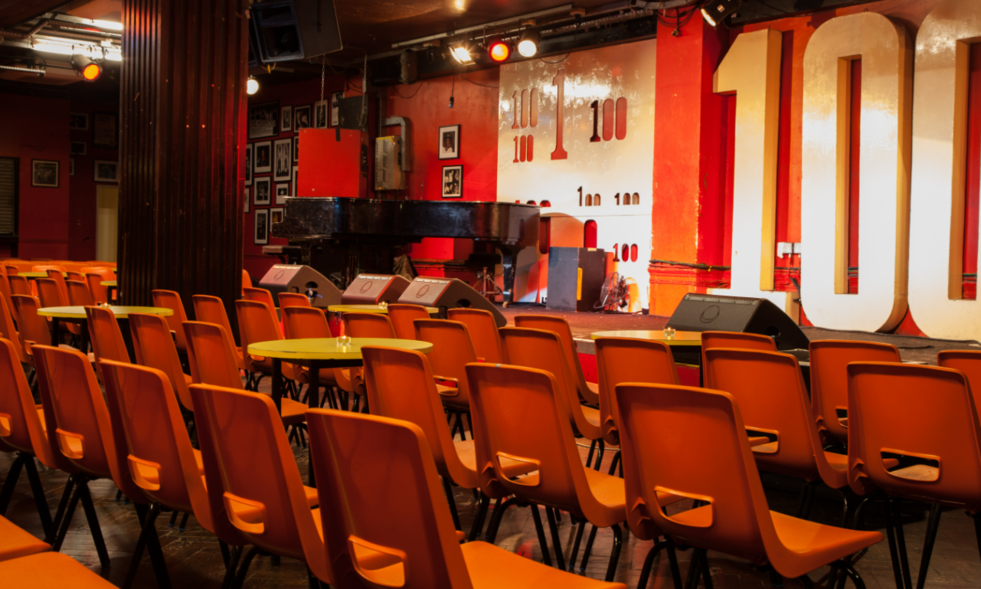 The 100 Club is one of London's most iconic spots for a live gig or club night with the space hosting almost every possible style of music over the years. Beginning life as the Feldman Jazz Club back in the forties, it's seen everything from the unmistakable blues of BB King to the punk feedback of the Sex Pistols and the Clash.

Previously, it hosted the first ever punk festival back in 1976 while it was also the best place to witness reggae sets during the seventies. Musical megastar Paul McCartney is also a fan of the venue, playing an an intimate gig on its stage to help raise awareness to save it from developers back in 2010. 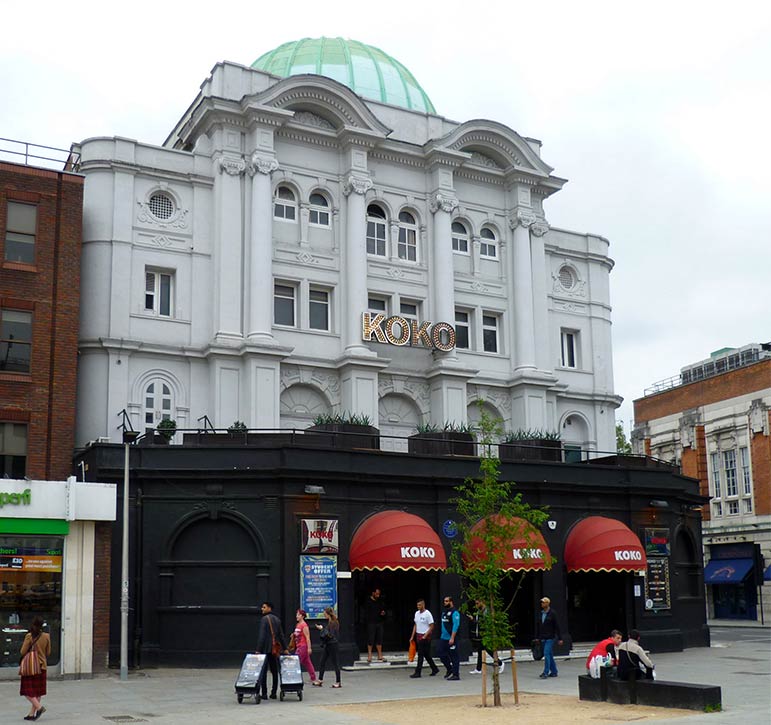 From Amy Winehouse to Blur, Camden is a borough with a rich history of great music. Unsurprisingly, it's a brilliant spot for taking in live music with KOKO arguably one of the capital's best venues for live gigs.

Previously known as the Camden Palace, the venue has been undergoing an extensive refurb which is due to come a conclusion this spring. The new £70 million overhaul will see a fancy new pizzeria, a rooftop restaurant, cocktail bar, and vinyl rooms alongside plenty of other great action. It means the building now stretches across four floors and is one of the most anticipated returns this year.

Among the names already lined up to perform when it re-opens are Pete Doherty, Kim Gordon and Gogo Penguin... 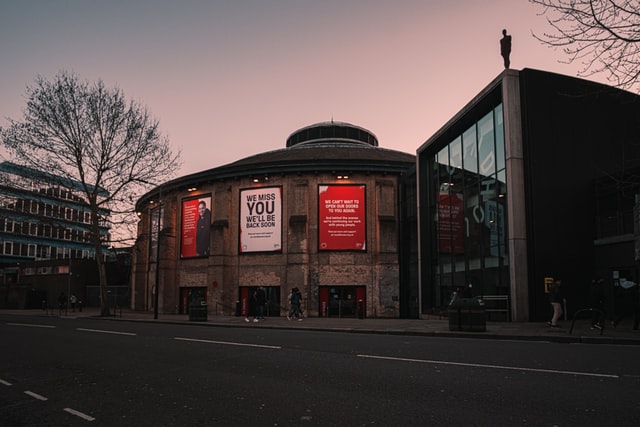 The Roundhouse is also located in Camden and was previously an old train shed before being transformed into the state-of-the-art music venue we know today.

More than 50 years old, the venue has played an important role in London's music history, whether it be sixties psyche rock, punk or illegal raves which landed in the nineties. It took a period of restoration for it to be reimagined and reopened in 2006.

Important shows to feature in recent times include a free gig for NHS workers by George Michael, a tour by the iconic Bob Dylan and the arrival of Despacio, the travelling soundsystem from LCD Soundsystem's James Murphy and Soulwax.